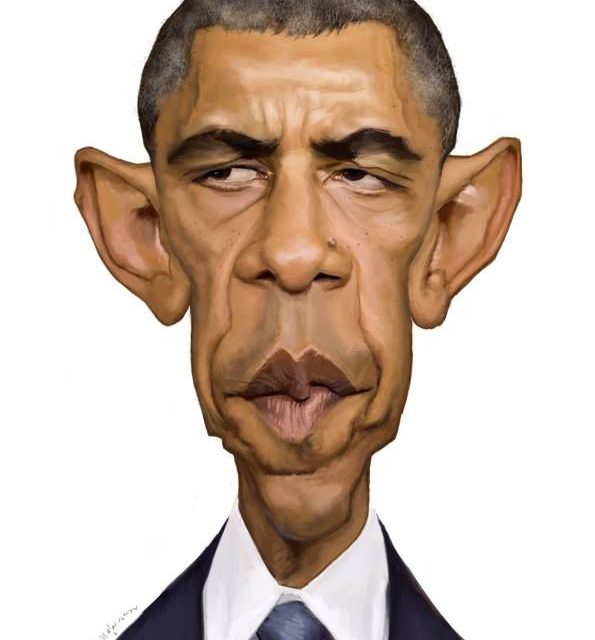 As everybody must know Barack Obama has left the White House for good. The year he took office seems, to me at least, much longer ago than eight years. Why is this so?

Could it be that the Obama years felt like those TV dramas that hang on for a few seasons with low-to-mediocre ratings but finally, to no one’s regret, get canceled? Yes, Obama was re-elected in 2012 (cancelation averted!), but the renewal for a second season still seems perplexing. A clear majority of the voters were as fully disgusted with the laughably titled Affordable Care Act as they are today, and Obama had clearly fallen short his own self-styled image as pacifier of the nation. Numerous scandals (“Fast and Furious,” NSA, Benghazi) plagued the first four years, yet, with Mitt Romney painted by the media and the Democrats as the robber baron of robber barons, Obama won.

The second four years has bettered the first four in its sleaziness. Scandals abound: the IRS’s “investigations” of O’s political opponents, VA corruption, the Chinese hacking of government personnel files, Hilary’s server, Obama’s claimed ignorance of Hilary’s server, Obama’s clear knowledge of Hilary’s server. Scandals aside, there were the true Obama “signature” moments, in the aggregate a politics of executive overreach quite possibly unparalleled in American history if only because much of it took place at a time that Republicans controlled Congress.

It’s as if his last days in office—indeed, right up to the last hour—were a replay of his halcyon prep-school, dope-smoking days, with the windows battened down in the White House so he could inhale power to the fullest.

Obama simply could not get enough; hence, the smug claim that he would have won a third term had the Constitution permitted, his “permanent” injunction on arctic drilling, the latest release of Guantanamo “detainees” (i.e., terrorists), and the commuting of Bradley/Chelsea Manning’s prison term. Make no mistake about it: “chooming” (Barry Obama’s choice term for inhaling marijuana smoke with the car windows up) was never as good as soft authoritarianism.

As far as I’m concerned, this is the stuff of a dark graphic novel, but there is a silver lining to this dark cloud. In the absence of a third term, Obama’s biggest executive victories are now on the verge of being bulldozed into a political landfill: Obamacare, the Iran nukes deal, and the Paris climate diktat—the “signature” programs of O’s “legacy.” That’s a lot of wasted effort for eight years, not to mention billions of dollars down the drain for nothing.

Does the sainted (by the left, that is) Barack care? Some rumors have it that he is deeply depressed at the prospect of his domestic and foreign policy “successes” going up in smoke. I see no reason to doubt it, but I’m persuaded that his disappointment will be fleeting. There will always be something at the core of Barack Obama, a little imp whispering in his ear, that will assure him the country, nay, the world is a better place if only because he graced it with his presence.

If you peer through the haze of time to the post-election hype of 2008 and early 2009, you may recall the astonishing antics of the Obamistas, newly born in the wake of his victory. Remember Oprah, the conscience of the airwaves, exhorting her millions of views not to call the new president “Obama” but, instead, “the One”?

And who can forget the YouTube videos: the spectacle of celebrities “pledging,” you guessed it, “Yes, we can,” with one of them (you’ll pardon my ignorance of pop culture, but I haven’t the slightest idea who the ass was) kissing his biceps as he “pledged” himself to Barack Obama? We saw little school children creepily singing a hymn of hope, yes-we-canning it angelically.

Things were no better in 2012. Memory being the curse it sometimes is, I can’t forget the seemingly omnipresent and absolutely sanctimonious Lena Dunham cooing to first-time voters to surrender their political virginity to a really great guy. And today the spell is still potent. I think it was Jonah Goldberg who rightly complained that the mainstream media could not permit Thanksgiving and Christmas 2016 or New Year’s 2017 to simply be what they were; no, they had to be the Obamas’ last Thanksgiving, Christmas, and New Year’s in the White House. Will April give us the Obamas’ first Easter out of the Foggy Bottom? Don’t bet against it.

What’s really amazing about this irrational adulation is that Obama has all but orchestrated it. Why not? As he is wont to say, he’s a better orchestrator than his orchestrator—even better than the UK’s “4 News” commentator Jon Snow who wrote on January 18th that Obama is a principled, decent, intelligent man, who used his eight years in the White House to reach out to the more excluded members of society. He changed the tone of the country and was a respected voice of reason; he could literally and figuratively lead the country in mourning from the pulpit in times of tragedy, and from the stage at times of celebration.

Obama couldn’t have said it better himself—except that he’d certainly claim that he could. “Changed the tone of the country”? Oh, yes. Cacophony abounds, the twelve-tone scale of politics, but it’s sweet music to the Obamistas’ ears.

As for foreign policy, he “change[d] the tone there” too. The Middle East is on fire, Russia, rattling its saber, Iran, peacefully building its nukes, China, openly dismissive, and our allies, dismayed. How does the One score his that report card? A-plus! The world’s a safer place than it was in 2008—before the Age of Hope and Change began. Or, as he crowed in the middle of last year’s presidential campaign, “Thanks Obama.”

And now he sails off to Avalon, but like King Arthur, he’ll return one day, only it will be all too soon, with incessant comments on the failure of little public men to live up to his lofty standard. To borrow from T. H. White,* Barack Obama is the Once and Future One, building castles in the air better than his castle-builders, a blessing to all, except to those who have to clean up the wreckage of the last eight years and start from scratch.

*T.H. White published The Once and Future King, historical fiction about the life of King Arthur, in 1958.

And What About Papal Primacy? – Robert Hugh Benson’s The Religion of the Plain Man

Beneath the Fair Moon’s Watch – A Poem for Advent

Armoring Your Children from the World: St. Theophan’s “A Path to Salvation”