The God of Abraham asks us to turn our face outward to the world, recognising His image even in the people who are not in our image, whose faith is not mine, whose colour and culture are not mine, yet whose humanity is as God-given and consecrated as mine. ~Jonathan Sacks

On March 7, 2016, prominent Catholics Robert P. George and George Weigel published in the National Review “An Appeal to Our Fellow Catholics” to “reject [Donald Trump’s] candidacy for the Republican presidential nomination.” As a fellow Catholic to whom this appeal was addressed, I respond in this open letter, apologizing for both the purpose and language of this published piece.

While Professor George and Mr. Weigel opened their letter with a noncontroversial (if incomplete) statement of Catholic priorities, and a more questionable embrace of the Republican Party, they immediately shifted, not to a candidate-by-candidate, reasoned analysis, but to a direct and hostile attack on one candidate, Donald J. Trump. With no factual support for their assertion that Trump’s appeal rests upon racism and ethnic prejudice, George and Weigel fashioned a personal, conclusory, name-calling hit piece on this candidate whose voter base constitutes a culture distinct from the more polished, elite world in which the authors live.

Sadly, these authors cursorily urged Catholics to reject Trump’s candidacy because he is “manifestly unfit to be president of the United States” and because of “his vulgarity, oafishness, shocking ignorance.”

Many Catholics, myself included, were dismayed that these respected Catholic intellectuals drew upon the sort of language they disapprove of in the candidate Trump. This alone warrants an apology. I wish to assure candidate Trump and his voters that Catholics generally are called upon by Gospel and church law to respect people whose differences we might not understand and to treat all persons with dignity, even people with whom we most strongly disagree or don’t understand.

The Catholic laity is held to a higher standard than mere avoidance of hypocrisy. Our church law, and letters and directives from our popes, exhort us to engage our work in a manner that serves as ‘witness to Christ throughout the world.” (Decree on the Apostolate of the Laity, 1965). This fundamental mission entails concern and care for the dignity of every person, not merely the promotion of the church as institution and enforcement of Catholic principles via legislation and political mandate.

The dignity of every individual includes good reputation. Catholics are admonished to avoid name-calling, gossip and other harm to a person’s reputation in the community. Canon 220 of the 1983 Code of Canon Law provides:

“No one is permitted to harm illegitimately the good reputation which a person possesses or to injure the right of any person to protect his or her own privacy.”

These rights inhere in “the exceptional dignity which belongs to the human person.” (Gaudium et spes, 1965). There is no exception to this Catholic precept because an individual says something “vulgar” or behaves awkwardly or selfishly – or because a person supports a candidate who speaks to them in familiar sentiments and language. To the contrary, one’s protection against intentional harm to his or her reputation by others is embedded as a right in their very humanity.

Catholics can – and should – take action in the world to witness Christ and the fundamental principles of our faith. We may act to “protect both the common good … and the Church itself … even though [we] might thereby damage someone’s reputation.” (New Commentary on the Code of Canon Law, 2000). Thus, for example, Church penalties are imposed publicly for wrongful behavior only as a last resort and Church law admonishes that “care must be taken so that the good name of anyone is not endangered.” (Canon 1717, sec. 2).

The concern for reputation imposes on all Catholics an obligation to avoid intentional attacks and harm to another in favor of rational dialogue, critique and even correction. Deal Hudson’s essay “Will Pro-life Catholics Vote for Donald Trump?” models how Catholics can and should dialogue with respect to all candidates. Professor George and Mr. Weigel could have, similarly, offered an analysis to fellow Catholics of their perspective of Catholic political priorities and how each of the Republican candidates might further such priorities, or not.

Their piece, however, was not a factual, reasoned analysis supportive of substantive conclusions; rather, their letter was a perfunctory, verbal assault to harm candidate Trump’s reputation. Notably, they also cast shame and intimidation on any Catholic who might consider voting for Trump with assertions that anyone of “genuinely Catholic sensibility” would agree with their attack.

Accusing a public figure (and, by extension, his supporters) of being oafish, vulgar, ignorant and unfit is language reserved for those anxious to express hostility and tarnish the reputation of the targeted individual. This is language which, I daresay, no ordained person would ever use with respect to another person; nor should any Catholic lay person.

Finally, the authors conclude with one final insult. They accuse Trump of demagoguery, adding for emphasis, “we do not hesitate to use the word.” Demagoguery – “an appeal to people that plays on their emotions and prejudices rather than on their rational side” – implicates the candidate as well as every one of the candidate’s supporters. Lest fellow Catholics miss their point, the authors urge a rejection not just of Trump but of those people who are supporting him. Such people, George and Weigel insist, are making emotional and prejudicial decisions, without reason or analysis.

It is hard to fathom a more stinging insult to the dignity of Trump’s voter base. This base undoubtedly includes many practicing Catholics who, in trying to meet basic needs and protect and provide for their families in a climate the working class perceives as hostile, rejoice in finally having some voice in the political process and hope for their future. As Republican Kurt Schlichter recently wrote of the “Donaldites” at Townhall.com:

Immigration and free trade are generally good, but they impose real costs and our base is getting handed the bill. These folks have been asking us for help, and what was our response? Shut up, stupid racists.”

It is embarrassing that prominent Catholic voices have joined this chorus.

Mr. Trump, I do not know for whom I am going to vote. I have not personally determined the extent to which you will promote the Catholic values I cherish, though other Catholics believe our faith is consistent with support of your candidacy.

What I do know is that I am ashamed of the personal attack on you and your base by my fellow Catholics.

The Way Home Is Narrow But His Heart Is Large 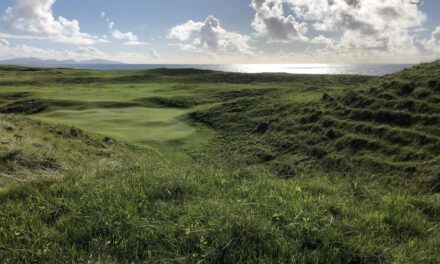