I haven’t read Margaret Atwood’s novel, The Handmaid’s Tale (1988), nor seen the television production (2016) that aired on Hulu. Along with the general delight of the Left at its “timely” message, it has garnered a baker’s dozen of Emmy nominations and is now on its way to a second season.

The plot is simple—or, one might say, simple-minded. As with many dystopias, sometime in the near future, a cataclysmic event has taken place that throws the United States in chaos; the president and the entire Congress has been wiped out in a coup that leaves the country in the hands of a group of religious fanatics who institute a totalitarian state.

Since the majority of women have become sterile as a result airborne pollution and disease, the theocratic state decrees that the few remaining fertile women must offer themselves to ruling class males to propagate the species—not within marriage, mind you, but as surrogates for their own sterile wives.

I won’t say such a plot isn’t, as so many ecstatic reviewers have declared, “timely.” Indeed, at this very moment, there are people in this world who view women as chattels, who are willing to kill them for exercising their consciences, who prescribe operations on their bodies to prevent them from having pleasure in sex, who think gang rape is a lark. Horrible people. They’re called Islamists.

But if Hulu had broadcast a series suggesting any of those barbaric practices in a country called, for example, New Iran or Caliphate West, the Left would have been up in arms with cries of “Islamophobia.” The reviewers would have been unanimous in their condemnation of the unjustified attack on the “religion of peace.” And absolutely no Emmy nominations.

However, that controversy was completely averted. How so? Easy. The monsters who have managed the successful coup d’état in Atwood’s future are Christian, chiefly Christian theonomists or Reconstructionists. Their new state, the Republic of Gilead, is firmly established on Old-Testament law and guaranteed ipso facto to produce the dark results Atwood imagined in her “classic” (Hulu’s adjective) novel.

Aside from the fact that there are probably not enough Christian Reconstructionists in the United States to make up a single military regiment, it’s worth noting that Christians, Recons or otherwise, usually take a dim view of sexual activity outside of marriage. As for marriage, it is and has been defined from the advent of the Church as the union of one man and one woman. Polygamy and divorce were certainly known in the ancient Jewish world, but only because, as Christ sternly declared, of the Hebrews’ hardness of heart (Matt. 19:8). Little wonder that Christianity as it became established prohibited polygamy and made divorce virtually impossible for centuries.

Among the many facts the producers of The Handmaid’s Tale would like the public to forget is that the grim picture of America’s future they’re busy painting involves something known as eugenics, the science dedicated to producing the best possible child or, as is so often the case, group. Behind eugenics, one will usually find the notion of the scientifically organized society, organized by the state and in the hands of “experts” who alone have a firm grasp of what the ideal human is, as well as what it is not. “Family planning,” birth control, sterilization, abortion, and euthanasia are all means the state has at its disposal to achieve its goals, whether they be specifically racial or more broadly social or political.

It’s fair to say that a couple of ingredients must go into the mix for a plan of this kind to exist, whether in a Republic of Gilead (as Atwood has it), Nazi Germany, or Maoist China. Those ingredients are a virtually omnipotent state that ignores traditional Western morality and a group of experts—forward thinking, intellectual types whose vision enables them to see the ends and means necessary for the best ordering of society.

In Great Britain and the United States, these men and women have usually been progressives of one stripe or another: George Bernard Shaw, Margaret Sanger, William Beveridge, Marie Stopes and Woodrow Wilson, to name a few. Writing for the Guardian, Jonathan Freeland (“Eugenics: the Skeleton that Rattles Loudest in the Left’s Closet”) notes that John Maynard Keynes was president of the Eugenics Society and very enthusiastic about contraception chiefly for the “drunken and ignorant” working class.

The point I wish to make should be clear enough: when the state begins to meddle in the maternity ward, the politics behind its interference is usually of the godless modern Left (see Orwell and Huxley) or of an ancient variety of totalitarianism, such as Islam whose institutions are alien to the free West.

One may object that The Handmaid’s Tale is not really about eugenics; rather it’s a frightening picture of a powerful state that has deprived women of their rights. And, as the argument goes, that’s what Christians want to do.

But take a closer look. Atwood’s tyrants, a self-designated elite that decides who will marry and have children, and determines who is fit or unfit, runs a state with unprecedented powers. The only thing wrong with that picture is the dishonest attempt to locate such ideas in Christianity instead of where they’ve historically been, in the Left.

It’s a sure bet that a movement that has fought against the state’s forcing people to pay for other people’s abortions will also frown on policies forcing women to engage in sex with an elite group of males, even when the policy is mendaciously advertised on biblical principles.
Conservatives and Christians simply do not like the state’s playing nanny, mommy, and papa as it patently does in The Handmaid’s Tale.

No one of the American Christian Right—and certainly no one big enough to warrant a Hulu series—has called on the state to orchestrate the birth of children, nurture them, or take on the exclusive right of educating them. Any Christian and conservative who did would be a hypocrite: a Christian without God, a conservative in love with the omnipotent state, and a flat contradiction.

Atwood’s fictional rulers are in love with central, unlimited power. But in the real world, people who think the state our best hope and centralize social engineering a necessity are not Christians and conservatives but Leftists, liberals, and progressives. When Rebecca Traister (All the Single Ladies: Unmarried Women and the Rise of an Independent Nation) celebrates the coming liberation of women in a world (dystopian by my standards) where the state will be surrogate husband, father, and mother to the children of the future, she’s simply writing her own version of The Handmaid’s Tale—except it’s one the Left can’t wait to see happen.

Those are the uncomfortable facts that would not have played well on Hulu; so what’s the Left to do but forget about their existence? But looking at the “progressive” defense of taxpayer-funded abortions, cradle-to-grave social engineering, and Planned Parenthood’s state-subsidized butchery, one doesn’t need Margaret Atwood or any other hare-brained Leftist to imagine a dystopian future. That future is now. 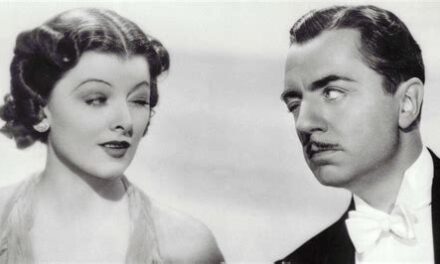 Why I’m Watching “The Thin Man” Rather Than the Oscars 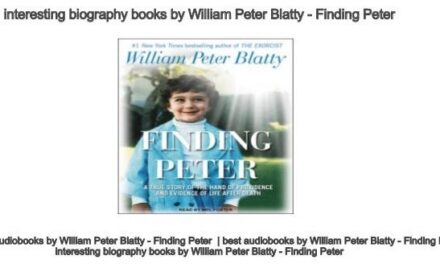