One hundred years ago today — Nov. 7, 1917 — the Russian Revolution began in Moscow leading to the creation of a communist state in the former empire of Russia. It’s an anniversary worth thinking about not only for its historical significance but also because of the recent poll of millennials, ages 15-35, that found a majority of them would prefer to live in a social, fascist, or communist state.

Even for those who have faced squarely the demise of education at all levels, this is a sobering.

The poll itself was commissioned by the Communist Memorial Foundation that tracks public attitude towards the regimes responsible for murdering 94,000,000 persons in the twentieth century. (28,000,000 were killed under fascism.)

“This troubling turn highlights widespread historical illiteracy in American society regarding socialism and the systemic failure of our education system to teach students about the genocide, destruction, and misery caused by communism since the Bolshevik Revolution one hundred years ago.”

“Historical illiteracy” is putting it mildly. This is an ignorance that puts the future of our nation in jeopardy. We have 82,000,000 young people entering college, in college, or the workforce who lack any understanding of how a misplaced sense of compassion has led to militarism, dictatorship, genocide, and the total loss of personal freedom.

It’s natural for young people to feel touched with the idealism of helping other, of relieving suffering, and raising the standard of living of those who live in poverty. This was why the overthrow of Czar Nicholas II and the Russian Revolution held such an attraction for several generations of the politically engaged.

Whereas the graphic films of Hitler’s concentration camps quickly doused any lingering admiration for his promise of a Reich, the revelations of the Soviet death camps, the deliberate starvation of millions in the Ukraine, and the takeover of Eastern Europe failed to convince many hard-core communist sympathizers such as Jean-Paul Sartre and Sir Oswald Mosley.

Communists in England, the Cambridge Five, successfully infiltrated British intelligence (MI16) after WW II, supplying the Soviets with vital information in the early years of the Cold War, while a cadre of French intellectuals led the French Communist Party in capturing enough support for it to be included in the Fourth and Fifth Republics.

In America, the ongoing grip Communism among political elites, rightly challenged by Sen. Joseph McCarthy, was exposed by the testimony of Whittaker Chambers, a former Communist Party member, about Alger Hiss, a senior official of the U.S. State Department who was part of U.S. delegation under to the Yalta Conference where FDR, Churchill, and Stalin decided on postwar division of Europe.

Chamber’s subsequent 1952 memoir, Witness, remains one of the most eloquent refutations of the communist ideology in both theory and practice. (Give your millennial Witness for Christmas!)

What to do? To begin with, Parents should be paying more attention to how their children are being educated, especially regarding history and politics. Oftentimes, it’s not the textbooks that need policing but the offhand comments of teachers who feed their students with vacuous criticisms of our nation, capitalism, and the treatment of minorities.

Parents themselves should have bullet points ready-to-hand when and if their children or grandchildren start criticizing the United States and assert the superiority of other systems of governance.

For example, Did you know that Lenin himself started the Gulag system of forced labor, incarceration, and summary execution the with the decree, “On the Red Terror,” issued September 5, 1918? The Gulag was Lenin’s response to the peasants — yes, the peasants! — who were rebelling against Lenin’s Bolshevik leadership. Lenin’s 1922 New Economic Policy (NFP) initiated Bolshevik control of banking, industry, and transportation, as well as the censorship of all printed materials.

In other words, Lenin’s promise to redistribute wealth, from the landowners to the peasants, to bring economic well being, and better lives to the unprivileged quickly became a brutal dictatorship of the party elite.  Lenin promised compassion and delivered tyranny, servility, and death. Needless to say, Stalin would far surpass Lenin in ruthlessness.

The millennial generation has a lot to learn. Surely much of the fault lies with the parents who never found the time, or recognized the need, to provide their children a roadmap to the atrocities of the 20th century. 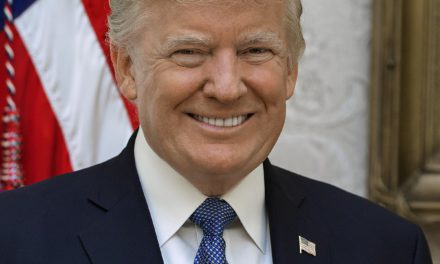 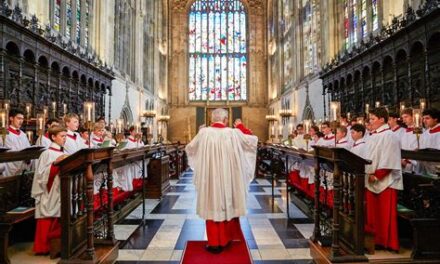 The Dormition of Mary with St. John of Damascus