Hypocritical Puritanism and the Media Attack on Donald Trump

It began with Fox News anchor, Megyn Kelly, seen above, whose opening salvo at Donald Trump in the first presidential debate which set the tone, and content, for the remainder of the campaign. The tone would be self-righteously moralistic and the content would be sex, sex, and more sex.

Kelly: “You’ve called women you don’t like ‘fat pigs,’ ‘dogs,’ ‘slobs,’ and ‘disgusting animals.’ Does that sound to you like the temperament of a man we should elect as president?”

At the end of that debate, after deflecting the Kelly/Clinton tag team sham-prudish hostility, Trump said, in effect, to Hillary, let’s not go down this path of digging up our sexual paths, yours or mine, or our spouses.

TRUMP: You know, Hillary is hitting me with [nasty] commercials. Some of it’s said in entertainment. Some of it’s said [by] somebody who’s been very vicious to me, Rosie O’Donnell, I said very tough things to her [Rosie], and I think everybody would agree that she deserves it and nobody feels sorry for her. But you want to know the truth? I was going to say something…

In the six weeks since that moment, the Clinton campaign has done little more than try to prove that Donald Trump is not only sexist but also a serial predator, in the style of former president Bill Clinton. The irony of this barrage of accusations is not lost on Bill, as his face showed in the second debate, when Trump arrived with a handful of his former lovers and victims.

The Clinton campaign betrays no sensitivity to the ironic backwash of how ongoing Trump accusations merely make Bill’s long, and recorded, history of womanizing a legitimate topic of public discussion in the campaign.

But let’s move to the larger irony, and the blatant hypocrisy, of the media’s attempt to portray Donald Trump as a “bad man” and “morally unfit” to be president of the United States.  Where to start? Has anyone suggested that, in retrospect, Bill Clinton must have been “morally unfit” as well, not to mention the many presidents whose mistresses have been brought to light by their biographers. This article contains the names of Warren G. Harding, John F. Kennedy, Franklin Delano Roosevelt, Lyndon B. Johnson, Dwight D. Eisenhower, James Buchanan, and Thomas Jefferson, but there have been more.

In the pre-Internet age, having such arrangements were obviously easier to maintain in secrecy. But we have not mentioned the most brazen hypocrisy of all — the media bashing Trump with his so-called former “conquests” has itself created a culture that celebrates loose sexuality, marital infidelity, sexual experimentation, and everything that goes on within the LGBT crowd.

This licentiousness is in no way limited to sit-coms and dramatic series, it’s part of the news itself — consider most of the Fox News female (femme fatales?) anchors and reporters, especially Megyn Kelly, with their form fitting dresses, taunting décolletage, and hemlines that constantly have to be firmly anchored by one leg crossing the other lest they reveal too much.  The spaghetti-strapped dress  worn by Kelly at the second debate hardly buttressed the credibility of her moralistic condescension toward Trump.

Yes, it’s easy for the pundits and intellectuals to wave off such an observation, but there’s no doubt most Americans were taken aback, especially those who had taken to heart Kelly’s drumbeat about Trump’s treatment of women.

No one can really be blamed for forgetting the Puritan roots of America — our present culture displays such an abundance of narcissistic, but socially approved, pleasure-seeking.  But as Alexis de Tocqueville wrote about the U.S. in the 1830s,  “I think I can see the whole destiny of America contained in the first Puritan who landed on those shores” (Democracy in America, Ch. 2, 1831).

Megyn Kelly has made herself a symbol of that unresolved conflict in the American soul, while at the same time exploiting that conflict to inflict harm on a man who is no worse, or better, than herself. 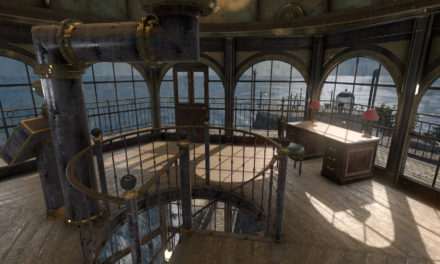 The Knot of Sanctity