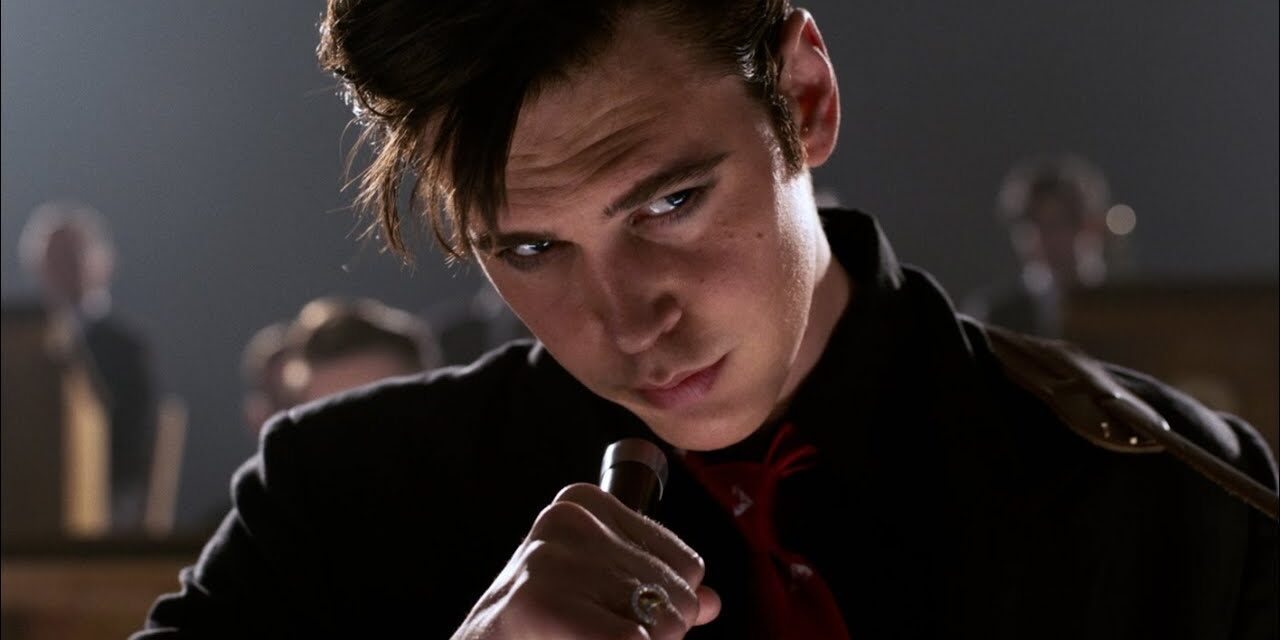 I always enjoy the “Best of” lists at the end of year. I always find some gem I had not noticed or overlooked. I hope one or more of the following will appeal to you, the Christian Review reader.

Magnificent Rebels: The First Romantics and the Invention of the Self by Andrea Wulf. Wulf’s silken prose will pull you in quickly as she tells the story of how a group of geniuses gathered in the town of Jena in Central Germany in the last decade of the nineteenth century. The names will be mostly familiar — Goethe, Schiller, the Schlegels (including Caroline), Fichte, Novalis, von Humbolt, and Schelling — but how their lives and work intertwined and cross-pollinated to create both German Romanticism and notion of the modern Self is a story that has never been told as well.

The Abyss: Nuclear Crisis Cuba 1962 by Max Hastings. Hastings offers a clear and comprehensive reading of the most dangerous days in US History, when a world-wide nuclear disaster was narrowly avoided. Hastings’ explanation of how close we came to nuclear war will chill your blood.

Mad About Shakespeare: From Classroom to Theatre to Emergency Room by Jonathan Bate. If only learned men and women would write more books like this one, a total delight! One of the world’s preeminent Shakespeare scholars tells a very personal story of how the Bard and his work impacted his life, his character, his marriage, and his children. Bate narrates the audiobook to which I listened with such exuberance and tenderness it was hard to turn it off at night.

Dostoevsky In Love: An Intimate Life by Alex Christofi. The title is a bit misleading because Christolfi has written a biography of the writer. The “In Love” aspect of the book reflects the author’s successful attempt to highlight Dostoevsky’s most serious relationships, beginning with his closest friends, his family, his wife and his children. As I finished, I thought I had met the author of Crime and Punishment face to face and had glimpsed a portion of his inner life and deep spirituality.

Berlin: Life and Death at the Center of the World by Sinclair McKay. This book covers the history of Berlin from the end of World War I in 1919 to the end of World War II in 1945. He describes the a city that became world-famous for its decadence and sexual freedom following the crushing humiliation of the Versailles Treaty. McKay makes it easier to understand how Berlin would become ripe for a societal battle between Communism and Nazism, and why the latter won. The reader is startled by how little Berliners knew of Hitler’s war until British and American bombers gradually leveled the entire city.

‘Vengeance‘ written and directed by B.J. Novak. Who would have thought the author of the hilarious ‘Office’ series (2005-2013) would write, direct, and star in what packs the punch of a Greek tragedy? Novak’s character, the writer Ben Manalowitz, travels to West Texas to make a name for himself investigating the death of a young women he used for casual sex. An effete New York intellectual forced to face the superficiality of his ambitions actually succeeds in ‘manning up’ in a most unexpected and startling way.

‘Beast‘ directed by Balthasar Kormakur. The viewer recognizes the storyline within a few minutes but remains enthralled to the very end. We come to believe that Livabuva Gongo’s character ‘Cut Offs’ is man enough to save his daughters from the rogue lion that is tearing everyone in the jungle to pieces. Yet, it’s not a sure thing given the lion seems to possess almost supernatural character. But Cut Offs’ love for his daughters gives him a near super-human strength to battle the Evil of the Beast.

‘Elvis‘ directed by Baz Luhrmann. The promise displayed in Luhrmann’s masterpiece ‘Strictly Ballroom‘ (1992) was finally fulfilled in ‘Elvis.’ Yes, ‘Romeo + Juliet,’ ‘Moulin Rouge,’ ‘Australia,’ The ‘Great Gatsby’ are fine films, especially ‘Moulin,’  but Luhrmann puts in ‘Elvis’ what has been missing in his films since 1992 — his heart. We care about Austin Butler’s Elvis, and we despise his treatment by the Colonel played with perfect villainy by Tom Hanks. Satine and Christian in ‘Moulin’ incite our desire and each other’s but the emotion evoked in us and them is skin-deep. Carey Mulligan’s Daisy in ‘Gatsby’ almost transcends Luhrmann’s appetite for glitz, but not quite. See Paul Mercurio as Scott Hastings in ‘Strictly Ballroom,’ and you see Luhrmann’s Elvis in embryo.

‘The Eyes of Tammy Faye‘ directed by Michael Showalter. This film deserves a higher rating than it presently has on IMDB. I’ve experienced the world of evangelical celebrity from the inside, and everyone concerned, especially Jessica Chastain as Tammy Faye, deserves plaudits for bringing it life without exaggerating its kitschy tawdriness or ignoring the story of how the Baker’s long fall began with good intentions.

‘RRR‘ directed by S. S. Rayamouli. This film has to be seen to be believed, as the cliche goes. Set in the Indian Raj, RRR begins with the taking of a native girl, Malli, from her family by the brutish and privileged British governor and his clueless wife. Komaram Bheem, who considers Malli his sister, is determined to bring her back. What follows includes some of the most spectacular battle scenes I’ve never seen in any film. But the one scene that deserves to be remembered in film history is when Kormaram and Rama Raju crash the wedding of the governor’s daughter and join the dance, making it their dance.

‘The Offer‘ created by Leslie Greif and Michael Tolkin. These ten episodes behind the scenes in LA and Hollywood making ‘The Godfather’ were absolutely gripping. This is television at its finest, the kind of series that makes you wonder if we are in a new Golden Age of Entertainment. Miles Teller as the producer Albert S. Ruddy was completely believable. Teller’s level of comfort in front of the camera made me wonder why I had never heard of him — ‘this guy must be a major star,’ I thought. Well, he is well on his way.

‘The Dropout‘ directed by Elizabeth Meriwether. Amanda Seyfried’s turn as Elizabeth Holmes provides the viewer a way of understanding how Holmes was able to con some of the biggest money and respected figures in the US. It’s rarely said aloud, but beauty wields an incredible power of persuasion. Holmes created a charismatic persona out of her long blond hair, sleek body, sparkling smile, and seemingly humanitarian mission. Seyfried is at her best when her persona begins to crumble but remains wedded to her own self-deception.

‘Reacher‘ created by Nick Santora. Alan Ritchson was born to play Jack Reacher. His massive physicality combined with a reliable moral sense provides the viewer with a hero we know will get the ‘bad guys’ regardless of the forces arrayed before him. ‘Reacher’ is designed to evoke confidence that the old values can still be upheld, that the world is still a place where ordinary, decent people will be protected. Sentimental, yes. Predictable, yes. But this Reacher has the charisma of a Greek god in a tee shirt.

‘Severance‘ created by Dan Erickson. I admit it took several episodes for me to become intrigued by the series’ premise, but once I got hooked I began to admire the great risk taken by Erickson and Apple TV to offer frankly philosophical fare to a national audience. Much of the credit must go to Adam Scott whose Mark gradually struggles with his decision to submit himself to living in two parallel worlds. What seems to be a tightly-sealed arrangement gradually springs some leaks with as yet unresolved — waiting for Season 2 — outcomes for all the main characters.

‘The Thing About Pam‘ created by Adam Kane, Logan Kibens, and Scott Winant. Renee Zellweger seems to revel in the pure evil of her character Pam Hupp. Hupp exemplified the kind of lying, deceiving, cruel bitch that can run rampant in a community that still believes that people sincerely try ‘to do their best.’ Readers of Balzac, Flaubert,  Zola, and Bernanos are familiar with them. But the genre here is not realism or naturalism but black comedy, and ‘Pam’ succeeds in delighting the viewer in watching the road to Hupp’s ruin.

My closet is lined with leather golf shoes, some going back over twenty-five years. I’ve always polished a pair of these shoes, often two-toned, before heading out to the golf course. I don’t know what got into me, but I decided to try of a pair G/FORE golf shoes that basically look like the tennis shoes of old. And I loved them. Walking the course became easier, and the wear-and-tear on my feet after eighteen holes was noticeably lessened. New colors are coming out which is good because they won’t look so much like tennis shoes. Three Popes Inhabit The Lord of the Rings

A Little Catechesis of Caroling

What Buddhist Poets Can Teach Christians