On a Personal Note — My Books In a Row 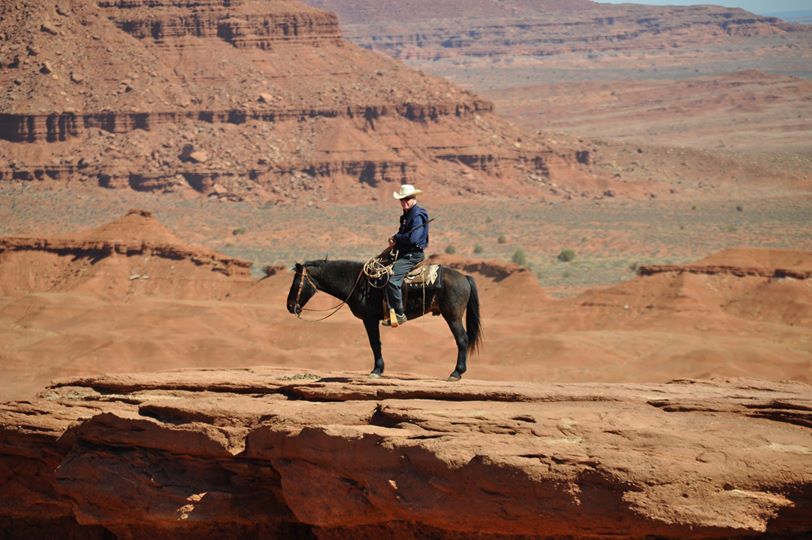 At age 72, I have started doing strange things, the strangest being writing down memories of childhood and teenage days. No, I am not going whole-hog Proust, believe me. But I also did a search on the books I have published in the past and noticed some are quite expensive. This is strange considering how little attention they got back in the day. I’ll proceed by recalling them in chronological order.

I had been teaching seven years at Mercer University Atlanta when Matt Mancini and I edited this book of essays on Jacques Maritain. Mercer University Press published it in 1987 and did a beautiful job of design and production. It’s gratifying to see that the essays in the book are regularly referenced in Maritain research and publication. 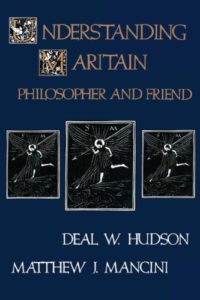 This 1992 book, The Future of Thomism, was the product of an American Maritain Association meeting at Notre Dame the previous year. I teamed with Denis Moran to edit the volume. I had secured an agreement with The Catholic University of American Press to publish a yearly volume of papers gathered by the AMA, and this was the first in that series. I recall saying in the introduction that I was going to explore the inner connection between Thomism and Romanticism, i.e., the intellectual and imaginative quest for the Whole. I think I have done exactly that ever since! 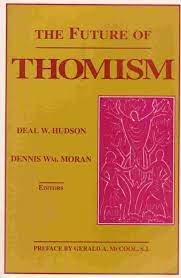 In 1993, I hosted a Sigrid Undset conference for the Wethersfield Institute in NYC. Papers were read and discussed, and one of her plays, translated for the volume, was performed. When edited all the papers and new translations, the result was Sigrid Undset: On  Saints and Sinners was published by Ignatius Press later that year. I don’t know why they left off the name of the editor on the cover. Perhaps that explains why the book costs over $100 on the various bookseller websites. 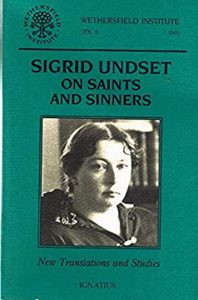 In 1995, I published Happiness and the Limits of Satisfaction (Rowman & Littlefield). It was the product of ten years of research and reflection beginning when I taught Aristotle’s Ethics for the first time at Mercer University Atlanta. Over the years, I have noticed it has often been referenced in other books on happiness, ethics, and what they now call ‘well-being.’ My purpose was simple: to trace historically how what was originally a moral concept, happiness, became reduced to an emotional or feeling state, or combination of the two. Once happiness was conflated with forms of ‘satisfaction,’ it became the justification for doing anything you want to do. 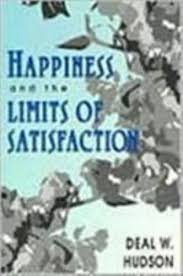 Writing this book was pure joy. I got a call from an editor at Rowman & Littlefield asking for a memoir of my conversion to Catholicism. I had been a Southern Baptist since my college days at the University of Texas-Austin, and I even became a Baptist minister while at Princeton Theological Seminary in the early 1970s. The result was An American Conversion: One Man’s Discovery of Beauty and Truth in Times of Crisis (2003). I will never forget the book launch held at the Catholic Center in Washington DC hosted by Dana Gioia. He called the books “a masterpiece” which is all the praise I needed to hear. 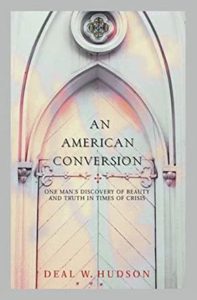 Onward Christian Soldiers: The Growing Power of Catholics and Evangelicals in the United States (2008) was two things: first, it was an account of my years working as a Catholic advisor to the George W. Bush presidential campaigns and to the Bush White House. The book also placed my effort in the context of the entire history of Evangelical and Catholic participation in American politics. It was a good book that got sabotaged by a pre-publication attack on me and the book in the “Publisher’s Weekly.” My book agent told me that this was the first time he had ever seen such a personal attack on a book or an author in that publication. I am grateful that the Threshold imprint created by Simon and Schuster published the book in the first place.  Ironically, it costs twice the original cover price to purchase now. 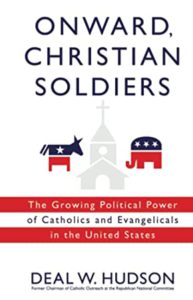 How to Keep From Losing Your Mind: Educating Yourself Classical to Resist Cultural Indoctrination (2019) was partially the brainchild of the late John Moorehouse of TAN Books. His advice was always wise and our ensuing friendship was a spiritual blessing to me. He will always be missed by many who knew him. I think either this or American Conversion is my best book. In some ways, How to Keep From Losing Your Mind is an expanded version of my conversion memoir since it went more deeply into many of the themes and figures I treated in the earlier book. I loved the experience of writing it as well. 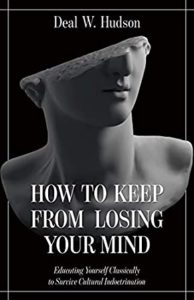 365 Days of Catholic Wisdom: A Treasury of Truth, Beauty, and Goodness (2021) was a pure pleasure. It contains many of the passages that led me to become a Catholic in the first place. Other passages served to deepen my understanding, steel my courage, and breathe new life into my life’s aspirations. TAN Books did a beautiful job of designing and producing this book, except for the too-dark cover. But I was very proud to have published a book with an actual ribbon in it! By the way, my friend Joseph Pearce has called this his “favorite” of all of TAN’s books — and no money changed hands. 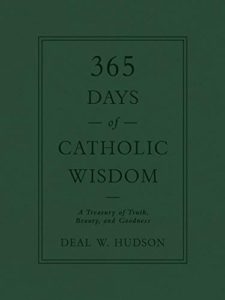 Matt Schlapp and I collaborated on the writing of The Desecrators: Defeating the Cancel Culture Mob and Reclaiming One Nation Under God (TAN Books, 2022). Matt’s wife Mercy wrote a beautiful introduction which brought the heart of the book more to the surface.  Thanks to the Schlapps, The Desecrators received blurbs from practically every leader in the conservative movement and exposure on most conservative major TV and radio shows. As a result, it spent a while on the best-seller lists on Amazon and Barnes & Noble, a very new experience for me. 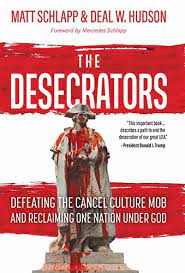 I’m not sure what will come next, if anything. I spend more time reading than ever, in part to prepare for my weekly radio show, Church and Culture, on the Ave Maria Radio Network or for the courses I’m teaching for the Albertus Magnus Institute. Next up is a course on the life and work of the French Catholic novelist and polemicist, George Bernanos. 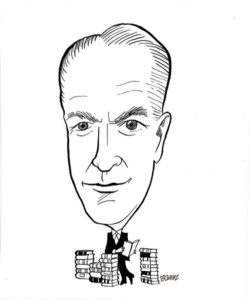