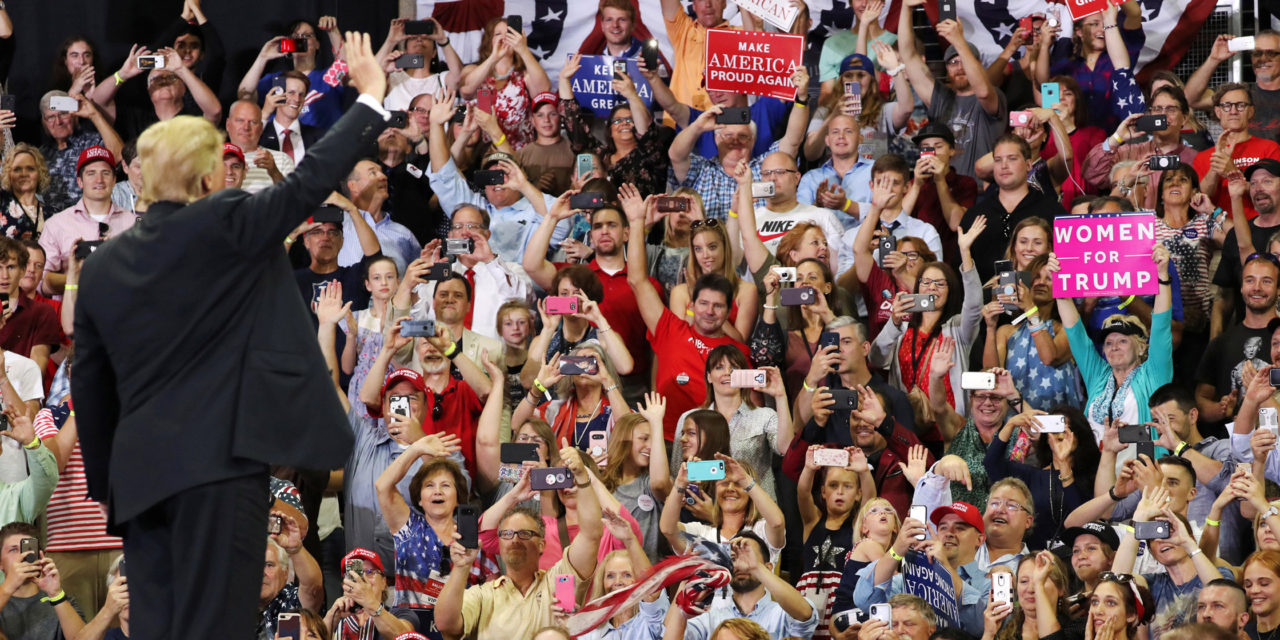 We have witnessed an astonishing marvel in politics.  At rallies for President Trump, his supporters spontaneously and repeatedly chant, “We love you.”  In my 65 years of life, I have never heard such devotion for any public official, not even for President Ronald Reagan, even though he was quite loved.

Barry Richard, of New Bedford’s News-Talk Station, wrote, “In my many years on this planet observing events, I have never seen this level of enthusiasm and dedication to an American president.  Trump’s fan base adores him.  There is no middle ground with Trump.  Folks either love him or they hate him. …This is the kind of thing that historians will write about long after we are gone and the mainstream media has signed off.”

An instance was reported in North Carolina, at Winston-Salem, as early as Tuesday, September 8th.  It happened again across the state in Fayetteville on Saturday, September 19th.  The day that stands out, nevertheless, was Thursday, September 10th, at Freeland, Michigan.  The President, caught by surprise, humbly entreated, “Don’t say that.  I will start to cry.  That wouldn’t be good for my image.  You don’t want to see me cry.  I will start to cry.”  Of course, that only endeared him to the multitude all the more.  For admitting that, he became even more loveable.

On Monday, September 21st in Swanton, Ohio, the President acknowledged that nobody has been able to find such a phenomenon in American history.  When it happened again in Dayton, three days later, Erich Lach of The New Yorker claimed that Trump has had less success encouraging his fans to take up the chant, as if it were not given freely from their hearts.  Yet again, patriots spontaneously cheered the President at Jacksonville, Florida, on Thursday, September 24th, with cries of “We love you!”

Candance Owens held an event for her BLEXIT group on the South Lawn of the White House on Saturday, October 10th.  The Left found it so incredible that black people could love Trump that some imagined they were paid, but of course, Owens’ success at converting former Democrats of her race cannot be denied.  They also chanted “Back the Blue,” and “Four more years!” 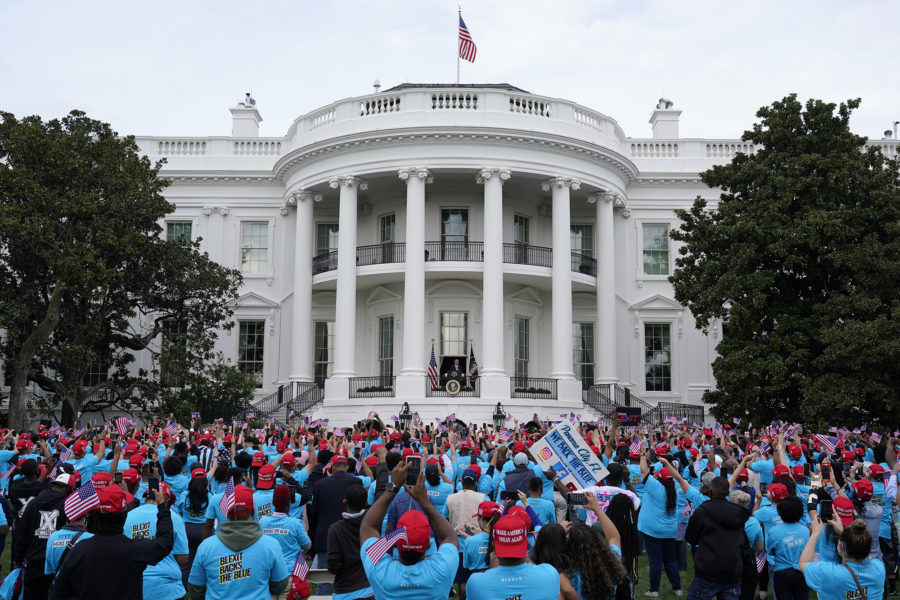 Something different happened at Tucson, Arizona, on Monday, October 19th.  Talking about his quick recovery from Covid, the President said that he felt like Superman, so the crowd took up the chant, “Superman!  Superman!  Superman!”  Yet, after speaking for 15 minutes, that assembly also voiced its love for him and he thanked them.

The President had barely started his speech at Sanford, Florida, on Monday, October 12th, before the throng took up the chant of love.  It echoed again in my hometown of Manchester, New Hampshire, on Sunday, October 25th.  This list, however, does not pretend to be comprehensive, but merely illustrative. 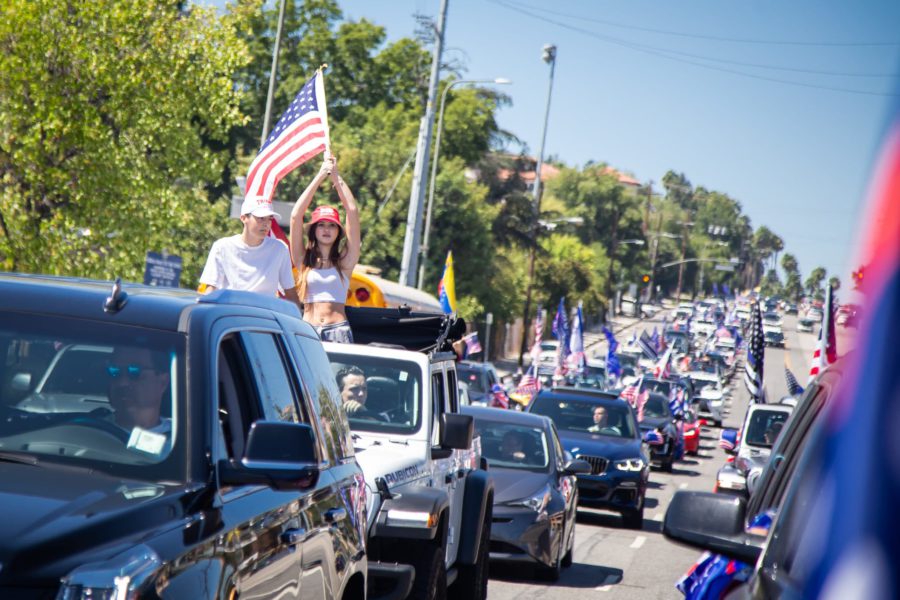 The passionate fervor for the President and his agenda has been conveyed even in his absence at demonstrations across the nation.  For example, people have paraded their vehicles in long caravans decorated with Trump paraphernalia and American flags, from sedans and pick-ups to motorcycles and semis.  The caravan in Peoria, Arizona, on Sunday, October 25th, included an estimated 7,000 vehicles, stretching for over 30 miles!

Senior citizens held a caravan for Joe Biden at the Villages in Florida with 300 golf carts, but that is laughable by comparison.  Even the Amish and Mennonites paraded their horse-drawn wagons in an unprecedented display of loyalty to the President in Fredericksburg, Ohio, on Sunday, September 20th.  Traditionally, these secluded folks only vote occasionally for local issues, but rarely for national elections.  Their public allegiance now testifies to the urgency that conservatives feel. 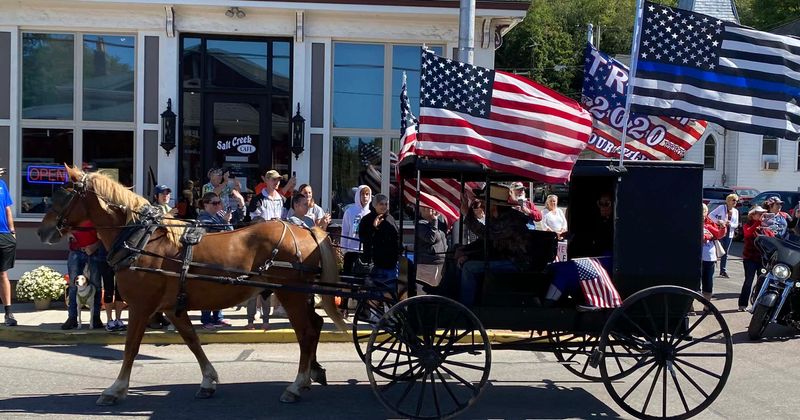 Likewise, others have taken to the waterways to exhibit their heartfelt commitment to Trump and his cause to Make America Great Again.  Enormous flotillas have assembled since springtime with stars and stripes unfurled.  For instance, one cruised from Jupiter to Mar-a-Lago on Saturday, October 17th with a 175-foot long barge carrying antique fire-engines.  Even in the Democratic state of Massachusetts, a fleet sailed at Newburyport on Saturday, August 22nd.  On that same day in New Hampshire, hundreds of boats motored across Lake Winnipesaukee to show their support for President Donald Trump.

The question remains: why do his supporters do it?  His adversaries on the Left cannot conceive of any reason for such seemingly irrational behavior unless these hordes also share the evils of which they accuse Trump.  They often compare these manifestations to images of mesmerized Nazis saluting the führer, but globalists, who don’t have a patriotic cell in their brains, cannot see how absurd that is.

The answer is simple.  American citizens who love their country with profound piety see that the President also loves it with all his heart.  They never would have chanted their love to Mr. Trump when he was a civilian, but now that his supporters have proof of how hard he works and fights to save the nation, they cannot contain their affection for America’s great protector.  Sacrificing a personal fortune in business and the leisure commonly enjoyed by men of his age, President Trump works more hours per day than most medical students, then donates his salary.  Considering the ruthlessness of his opposition, his unselfish service to America is heroic.

Individuals also express their love to both Trump and Pence, not merely emotional, but charitable love.  I heard the Vice President tell the Faith and Freedom Coalition how people often tell them personally that they are praying for them.  That is not so astonishing as the chants of the crowds because prayer is common for conservatives.  I pray for the President, his family, and his administration daily, and as a priest, I also have the privilege on occasion of offering the Sacrifice of Christ at Mass for them.  I can offer no greater love. 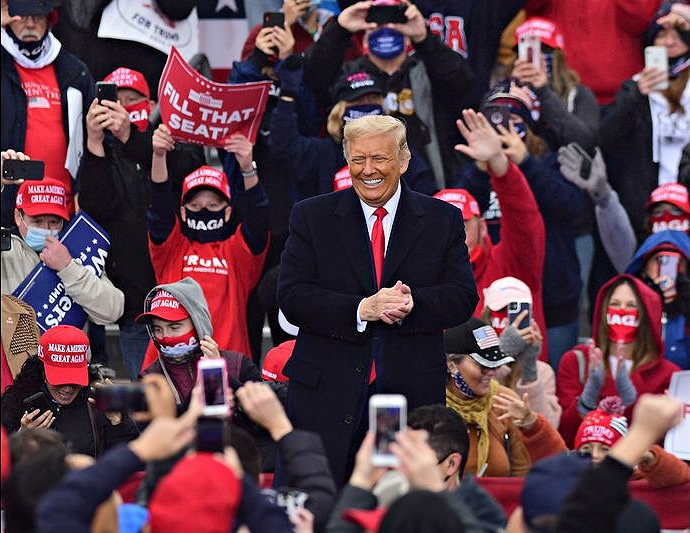 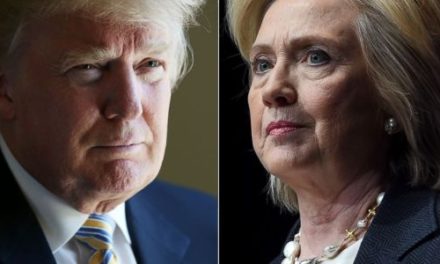