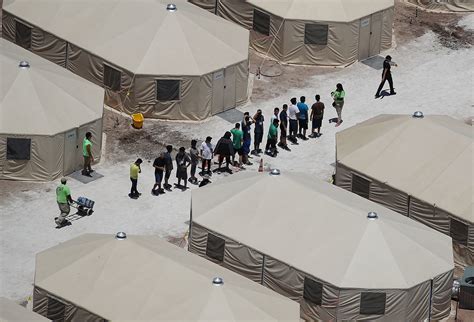 It’s now commonplace for teachers and TV talking-heads to compare our detention centers on the Southern border to the Japanese internment camps of WWII and the Nazi concentration camps.
A typical headline reads, ‘AOC was right to compare Trump’s border internment camps to concentration camps’ (NBC June 19, 2019).
Was no one at NBC News embarrassed? Did no one cringe? Did not one say, ‘We can’t print that!’ Evidently not.
Commenting on such an odious comparison feels like I am explaining why 1+1=2.
But for those who don’t know the difference between US detention centers and both the Nazi concentration camps and Japanese internment centers, I will explain.
Point #1 – Those presently housed in border detention centers are there voluntarily: They can always go back to whatever country they came from.
Point #2 – The US is not committing genocide: 11 million persons were deliberately killed in the Nazi camps including two million-plus Catholics in addition to the Jews, gypsies, and others considered undesirable.
Point #3 – The immigrants are not being starved, subjected to forced labor, or used for medical experimentation, all a routine part of the Holocaust tragedy.
Point #4 –  Immigrants to the US are fed, clothed, housed, and given access to medical care, education, and recreation and free legal advice.
Point #5 – The unfortunate ‘caging’ of children done during the Obama administration was put to an end by the Trump administration.
Point #6 – Those who make such odious and unfounded comparisons trivialize the lives of the millions who suffered and died under the Third Reich.
Point #7 – Teachers and talking heads who make these comparisons are attempting to make Americans believe that our country is no better than Nazi Germany.
Point #8 – The media drumbeat behind these comparisons is intended to make President Trump look like Hitler and the Democrats like those soldiers who landed on Normandy Beach on D-Day.
Point #9 – The more accurate comparison to make is between how all dictators rigorously controlled news services and how mainstream media is now controlled by Alt-Left Democrats. Why else would the New York Times quickly change a headline that cast Trump in a positive light!
Point #10 – Where there is no genocide, no deliberate starvation, no torture, no medical experimentation, no forced labor it’s not possible to compare the Nazi holocaust to other types of restricted zones where people are housed temporarily.
If you’re not actively fighting this nonsense in the classroom, the parish, on social media, and among your friends, you should be.