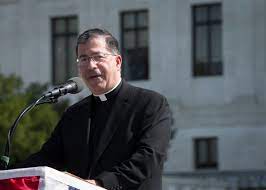 The art of rhetoric, specifically in its most public manifestation, the art of public oratory, has been aided in ways we often don’t appreciate enough by the various technologies that briefly bring the orator before an audience much bigger than speakers of the past could have imagined. No matter how much we analyze and revere Pericles’ funeral oration or Lincoln’s “Gettysburg Address,” we will never know and, much to the point, never feel the excitement, admiration, and even awe of those actually present on those occasions where speech was a means of advancing civic and national action.

Sometimes it’s for the best. Mere words on a page distance us from what others might have scorned: an uncomfortable pause, a verbal stumble, or a twanging accent (such as, many imagine, Lincoln must have had). Nevertheless, the truth is, speeches are meant to be heard, as below by the actor Jeff Daniels.

The advent of first radio, followed by films with sound (aka “talkies”), television, and the internet have erased those limitations. We actually can hear Churchill, Roosevelt, and Reagan, as well as acknowledged villains such as Hitler and Mussolini (does anyone care what Stalin sounded like?) as they attempt to sway or, in some instances, mesmerize their listeners. Print gives us ample reason to believe past centuries produced orators of almost unparalleled ability, but sound settles the argument with the timbre of the voice, its rise and fall, and its dramatic pauses. William Manchester, one of Churchill’s biographers, noted the great Englishman’s idiosyncratic use of concrete nouns and active verbs in an age that had given way to excessive Latinisms and abstractions.

It is, therefore, both sad and amusing to hear the least dramatically lame and morally bankrupt politicians of our own day being praised for their oratorical greatness, their consummate skill in manipulating language publicly. Barrack Obama? David Kusnet of the The Guardian places his “rhetoric . . . squarely in the American tradition.” It’s true that Obama has mastered a sometimes effectively simple approach that reminds one of Churchill; take, as Kusnet did, the 2014 State-of-the-Union address in which Obama declared: “America has never come easy. Our freedom, our democracy, has never been easy. Sometimes, we stumble, we make mistakes; we get frustrated or discouraged … But if we work together – if we summon what is best in us … with our feet planted firmly in today, but our eyes cast toward tomorrow, I know it is within our reach.” It’s tempting to agree.

The simplicity of the homegrown American politician on the stump—albeit here before Congress—is undeniable. But if we roll his words about in our minds even for a few minutes, must we not confess we’ve heard them before according to precisely the same formula? And, of course, the problem of technology becomes notably acute in Obama’s speechifying. We can, after all, hear him. Now that the bloom of novelty is off, isn’t his voice as bland as his sentiments are predictable.

Like the emcee of a television game show, Obama delivers the same shtick almost every time; one can easily imagine him hosting Jeopardy (and since that’s what he’s put the country in, quite appropriately). Unlike Churchill, the man uttering the words prefers golf to “work” and has given every indication that he believes himself incapable of making “mistakes.” His recent “Thanks Obama” speech, an embarrassing moment in the history of American oratory is closer to the real man. Demagoguery is a recognized rhetorical style but not exactly the most admired. All of which is to say that where Obama is concerned, there’s no Churchill there.

What about Donald Trump? Recently, both Jerry Falwell, Jr. and Ann Coulter declared him equal or the superior to Churchill. I have to say that I have not been able to find an example of his rhetoric that scales those heights, but I can see how his starry-eyed devotees might get a little carried away at the unexpected sound of his actually getting through one speech without calling someone “loser,” without using “unbelievable” two dozen times, and without, God knows, saying “yoose guys.” For Trump that’s progress. Will he “fight them on the beaches”? Yes, but only if the beach is at Miami or Atlantic City. All told, it’s doubtful future students of oratory will be memorizing his speeches, unless, of course, they’re Falwell’s or Coulter’s grandkids.

Of Hillary Clinton, the less said the better. Her trite ideas and moral posturing in the wake of scandal and cover-ups (or is it covers-up?) renders her oratory dead in the water for everybody outside of New York City and Hollywood.

Cut a tin can into a malleable strip, roll it onto your dad’s (or granddad’s) 1945 Royal manual, and start typing. That’ll give you a pretty good approximation of her timbre and cadence—even when she refrains from that faked laugh. It’s a backhanded compliment, but she’s better on the radio than on television; seeing her only makes the experience worse. Quoting her is pointless because there’s nothing memorable in anything she says, no matter how determined she is that we remember “it takes a village” and we’re “stronger together.”

Bartlett’s will probably take a pass on both “quotations.”

All of which is to say that, alas, we may have to wait for another Churchill. But isn’t that the way of greatness in most things? It’s rare and, something our pundits might keep in mind, proven by time. 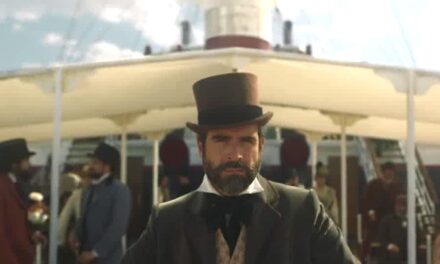 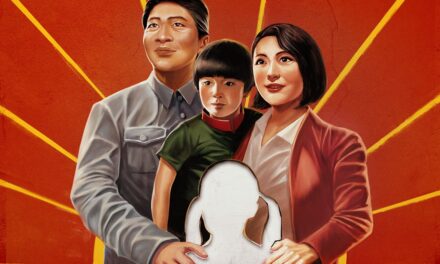