Black Panther, the 19th entry (thus far) in the Marvel Cinematic Universe, is the movie version of the origins of the eponymous comic book hero, first brought to life in 1966 by Marvel Comics meisters Jack Kirby and Stan Lee. As the first black member of the superhero community, he attracted notice at that time. Since 2016’s Captain America: Civil War, he has been played in the MCU by Chadwick Boseman.

For those who have no interest in the current movies-from-comic-books craze, read no further: this movie is definitely not for you. If, however, you are either curious or a fan, read on.

In that first named film, Black Panther is revealed to be T’Challa, Crown Prince of Wakanda, a fictional East African country whose apparent poverty and backwardness conceals deep secrets – including huge deposits of Vibranium, the hardest known metal – which, amongst other things, is the main component of Captain America’s famous shield. His reaction to the assassination of his father, King T’Chaka (John Kani), while the latter is addressing the United Nations in the previous film, Avengers: Age of Ultron, is a major plot point of both CACW and the current film.

Black Panther opens with an animated explanation of how a huge meteorite made of Vibranium crash-landed ages ago into the Wakandan mountains, allowing the five tribes there to coalesce into one nation, which rapidly developed into the most highly technological country on earth – a status the locals and their successive Kings have chosen to conceal from the outside world beneath a veil of apparent Third World squalor. This guise is reinforced by a gigantic hologram of the country.

We are then shown events in 1992 Oakland, CA, when T’Chaka is forced to kill his brother, N’Jonu, who has assisted wicked international arms dealer Ulysses Kraue (Andy Serkis) in getting hold of some Vibranium. Unbeknownst to either the King or his spy, Zuri (whom the King had killed his brother to defend), they left behind N’Jonu’s half-American son, Erik (Michael Jordan).

In the present, T’Challa returns to his country after his father’s death to be crowned King, while a team led by Klaue steals a Wakandan artifact. T’Challa is fitted with a bodysuit that gives him (alongside ingesting the juice of a Vibranium infused flower) both his superpower and his super name. Thus accoutered, he and a picked female fighting force go to South Korea, where Klaue is attempting to sell the artifact; they disrupt the sale and capture Klaue, with the help of CIA operative Everett K. Ross (Sherlock’s Martin Freeman).

But Klaue already has some Wakandan weaponry; with even more of it, the remnants of his gang rescue him. It is revealed, however, that his second-in-command is really Erik; he kills Klaue (whose evil is underlined by his constant reference to Africans as savages) and brings his corpse to Wakanda as part of his plan: to seize the throne and use Wakanda’s advanced technology to lead the world’s black population in a crusade against whites.

For those who love violence and action, there is plenty here, in – as befits the film’s origins – the most cartoonish ways imaginable. Skillful special effects abound, as does beautiful scenery. Stan Lee makes his customary cameo appearance, and all the elements that have made the successive MCU offering box office gold are present. Indeed, as that infallible guide, Wikipedia, informs us: “It has grossed over $520 million worldwide, making it the highest-grossing film of 2018. Its four-day opening weekend gross of $242.1 million in the United States was the second-highest of all-time and its three-day gross of $202 million was the fifth highest of all time which also set the record for biggest debut by an African American director.”

It might be considered unkind to make any serious comments on the film’s cultural implications.

But unkind or not, we shall do it. The only white characters are the ineffectual Ross and the evil Klaue – we are a long way from the heroic mercenaries of Dark of the Sun. The film’s coronation rites manage to display the “Barbaric Splendor” stereotypes one remembers from Trader Horn and a score of older Tarzan films, while the hidden technological prowess of Wakanda is reminiscent of the wish fulfillment of Marcus Garvey and Rastafarianism. The best soldiers are, in keeping with modern gender reversal, women: the Royal Guards are the all-female Dora Milaje, headed by the redoubtable Okoye (The Walking Dead’s Danai Gurira); to be fair, such units really did exist in pre-colonial Africa, as with the Amazon Guards of the Kings of Dahomey.

Wakandan culture is a hodgepodge of Africana, with four of the resident tribes of the East African nation speaking Xhosa, a language from South Africa, and one – to illustrate its uniqueness – employing Nigeria’s Yoruba. The women of one tribe wear lip-plates, as favored by certain peoples in Ethiopia, Chad, and Mozambique; others wear neck rings, like the Ndebele of Zimbabwe.

This may seem like anthropological nitpicking, but it is well for Black Panther that it was directed by the extremely talented black film director Ryan Coogler. Had a white man attempted to construct an “African” culture out of such a mix, he would have been accused of the basest insensitivity and cultural misappropriation. As an entertainment, Black Panther succeeds very well and deserves its blockbuster grosses; but as a cultural artifact, older viewers will detect a whiff of 70s Blaxploitation. 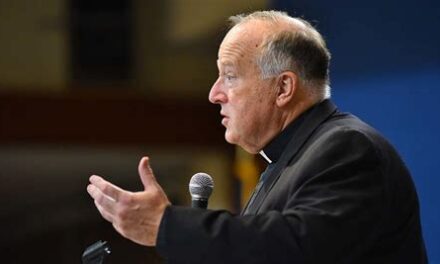 Why Chesterton’s Everlasting Man Has Lasted