As I have watched the spectacle of our Church virtually ignoring the threat of a pro-abortion Clinton/Kaine administration, I started examining my own conscience. I asked myself two questions:

Why am I so certain of voting for Trump/Pence?

And, what does that have to do with my being Catholic?

My impulse to pose these two questions arose from the massive soul-searching among Catholics about the election, as well as bishops’ statement that range from outright scandalous to unnecessarily convoluted.

As I look at the choice between Trump and Clinton, the issue of committing intrinsic evil against innocent life is easily settled in favor of Trump. Although it have not been raised as issues, I would judge Trump to be more sound on the remaining intrinsic issues as well – euthanasia, fetal stem cell research, human cloning, and homosexual marriage.

That decision took about a nano-second.

Clinton is already on record in support of homosexual marriage, fetal stem cell research, and cloning. (Can her eventual support for euthanasia be doubted? Hardly.)

Turning to the prudential matters raised in the bishops’ “Forming Consciences for Faithful Citizenship,” I don’t see any reason to waver in my support for Trump/Pence.  The bishops encourage us to weigh a host of prudential matters, in addition to the intrinsic evils, in making a final decision about our vote.

Their argument is based upon the assumption that these intrinsic evils have causes deeply embedded in the culture and society which should be addressed through legislation and public policy. This is why the bishops set forth the issues such as poverty, immigration, and universal healthcare as being of particular importance.  Fair enough!

But even on those prudential grounds I view Trump/Pence a far better choice than Clinton/Kaine. For example, Clinton promises to extend the legacy of Obama whose eight years in the White House are coming to an end with race riots; police being shot and killed, for being police;  double the national debt, from 10 trillion to 20 trillion; chaos at the Mexican border, with border guards told to “stand down”; the number of Americans on food stamps is up 39.5% to 46 million; and “Obama is the only U.S. chief executive in history not to preside over even a single year with 3 percent GDP growth.”

And, the much-praised “Obamacare” is presently imploding, as more and more insurance companies opt out, leaving citizens facing huge raises in their out-of-pocket insurance costs. Clinton has promised to save Obamacare by having the “government” take it over completely.

The list could go on and on, the point being that the prudential matters impacting abortion – poverty, immigration, healthcare, even race relations – are better put in the hands of Trump/Pence who will NOT continue the Obama legacy.

Finally, what does my support for Trump/Pence have to do with my being a Catholic?

When I converted to the Roman Catholic Church thirty-two years ago there were multiple reasons, but one reason at the very heart of my decision what was the Church understood about, “In the beginning God created….” (Genesis 1.1)

This is good news for all of us, especially those who are hated, ignored, or considered inferior and dispensable. History is replete with examples of races, classes, and a gender being subjected to degradation and death.

Only the heroic in the midst of these slaughters, such as Saint Mother Teresa, would shout above the din of violence, “Stop, these are human beings, creatures of God!” Many died because they dared to shout, to write, to resist, or to pray.

To exist, live and breathe, is the central gift. To forget this, allowing it to become just one concern among others, is not Catholic, because it turns a blind eye to the fundamental fact – “In the beginning, God created. . . .”

There are moments when I think I was wrong about the Church, but they quickly pass. They pass because I know and believe with certainty the Church, regardless of the present age, affirms the fundamental fact, God’s gift of life. The Holy Spirit will not be muffled by those who prefer nuance to proclamation. 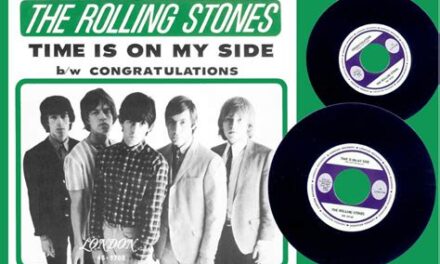