A Modern Tale in a Brave New World 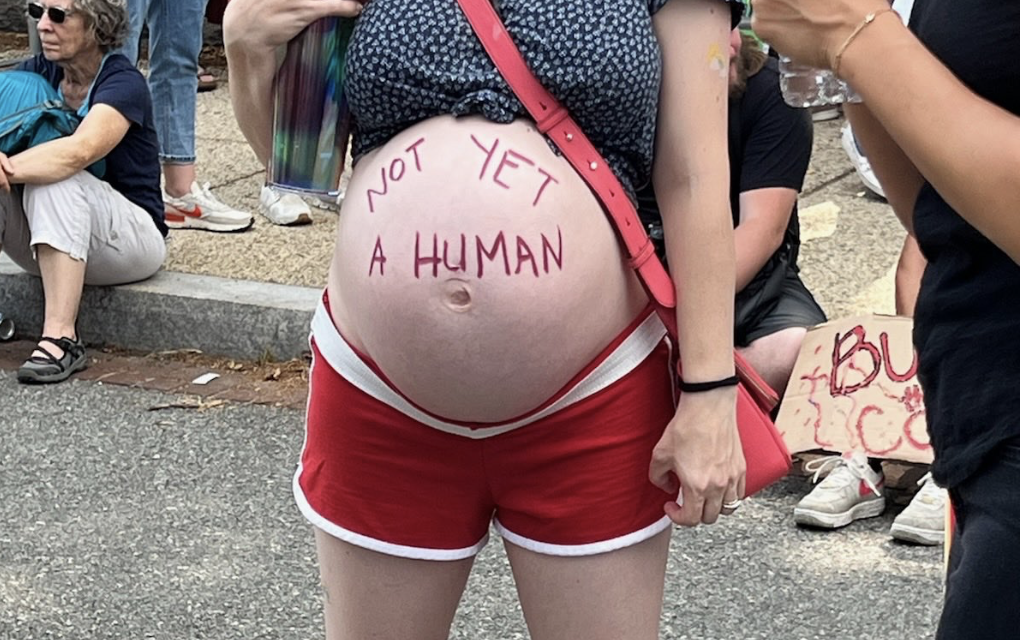 My wife was getting overweight and had been steadily for many months. This may be a common enough occurrence for some, but she’d always been rather slender, so I couldn’t help being concerned. Night after night we’d watch television as we always do, and as weeks rolled by, I told myself she wasn’t really getting fat at all; it was just my imagination. But there was no doubt about it; she was growing bigger.

Oddly, except for some disturbing bouts with nausea for a few days, she seemed to feel very good. I counselled myself to take things lightly: many women gain weight, and for some the change is becoming, even flattering. Why not my wife? And, besides, I had surely gained an inch or two in the waist, so we could grow in girth together (that is, within reason), and nobody would be the worse for it. That’s what I told myself.

But the condition did not, I guess you’d say, moderate. She kept expanding. I was having real problems dealing with her condition, and even though she said very little about it and still looked very healthy, I suspect she was also disturbed. One night we had the TV on as usual—I think we were watching re-runs of Maude—when my wife sat bolt upright and cried out, “Something’s wrong.” I might have ignored the whole thing as a case of heartburn, but she insisted that I come over and look.

There was no doubt about it, something was moving in her stomach. It was as if a wave rippled beneath the surface of her abdomen. I rubbed my eyes, and a few seconds later it happened again. Could an organ, one of those precious parts of her body, have become partially detached and begun, so to speak, traveling inside her, like roving islands in some ancient myth? There was no taking chances; we rose, got into the car, and drove to a local clinic.

When we arrived, a doctor met us. “Yes, yes,” he said with an amused expression, “I’ve seen this condition many times before, far more than you’d believe. And there’s really nothing to worry about.” He was a kind man, but I could have slapped him. “Nothing to worry about!” I shot back. “A moving body part? What about infection, internal bleeding, gangrene? Maybe it’s some sort of floating tumor.” The physician, a diplomat if there ever was one, nodded without blinking an eye. “That’s more or less what most husbands say. But you don’t believe I would take your wife’s condition so calmly unless I was absolutely sure I could treat it quickly, safely, and painlessly?” Of course, I had no response. “With your permission,” he calmly went on, “I’ll schedule the procedure. Let’s say for tomorrow. Will that work? Our clinic is designed to accept many women with exactly this same problem each and every day; it’s our specialty. By the end of the week, your wife will be healed, and it will be as if nothing ever happened.”

The doctor was as good as his word. I checked my wife into the clinic the next day, and, with the doctor’s assurances so freshly on my mind, saw no reason whatsoever not to go to work. After a few hours of at my desk—I’m an attorney, by the way—I left the office and headed back to the clinic. My wife sat in the discharge room waiting for me to settle the bill and take care of a few formalities. As we drove home, I found her a little pensive, much more than usual, and it took some prodding to get her to talk about what had happened, but at last she did. “Did they put you under?” I asked. “No,” she said, “the anesthetic was local . . . in the cervix.” I nodded, but I’ll confess that was not the answer I’d anticipated. “Well, what was the problem? Was it a benign tumor or something else?” She stared out the window. “It was part of my body, all right.” I looked at her quizzically. What part could it have been? “I asked him about it, and he let me see it. He even smiled. ‘Many women don’t want to look, but I had a feeling you might.’ And I did look. You know, it didn’t appear like any body part I remember from my biology classes. But, I don’t know. Somehow, whatever it was, it looked familiar.”

“Familiar,” I thought, but all I said was “Imagine that.” We both fell silent for a minute, enough time for us to reach the driveway and park. Home again.

Ten Reasons Why Abortionists Should Not Speak for Their Patients