“Time must have a stop”— The Hubris of Daylight Saving Time!

Before writing this post, I gave myself a few days to adjust to the seasonal hell of the switch to daylight saving time. The theory was that I couldn’t complain too much about something that in the event didn’t really bother me all that much. But it does bother me, in spite of the fact that this year the conversion took place during Spring Break, a week in which I could sleep a little later and go to bed when I pleased.

Truth be told, I probably do feel better than I would have felt if the change had occurred a week before or a week later. But my physical state, good or bad, has nothing to do with my basic objection to the practice, which is the arrogance and, to press the matter, downright hubris of daylight saving time.

I don’t recall how old I was when I first heard of daylight saving time. Somebody mentioned it on TV, no doubt, but since Texas had not yet committed the mortal sin of adopting it, I was completely in the dark (Note: that’s the first of many bad jokes in this post) of what it meant. Whatever age I was, I do remember asking Dad about it. His answer has never left me: “It’s something lawyers do,” he said, “so they can play golf after work.” The explanation still makes sense although to my knowledge no one has devised a good lawyers joke about it. It’s about time somebody did.

When and where did daylight saving begin? The answer I find via the internet (at www.timeanddate.com, a useful site) is Canada in 1908—a little surprising too, if only because I thought the Canadians, at least then, had more sense. But they can be excused on the grounds that the madness of turning the clocks forward was entirely local, occurring in only a few cities in various provinces over the next eight years. As for national adoption, we can blame (who else?) the Germans who commenced the assault on Father Time on April 30, 1916. Probably some admirer of Bismarck decided it was the efficient thing to do, and I’d be inclined to remind anyone and everyone that, efficiency aside, Germany lost the war in which daylight saving time was inaugurated. Alas!

The point would be, well, pointless, because Woodrow Wilson, Mr. Progressive himself, signed a bill authorizing what was called “Fast Time” in 1918; it figures, but let’s not forget that Congress had a hand in it. Good American commonsense saved the day a few months later when the war ended, and the measure was repealed. Only Pittsburg, New York, and Boston kept their clocks wrong, leading me to wonder what percentage of those cities was German. Relatively small probably; but I’ll bet they had a fairly healthy number of meddling Democrats, so there’s a grim logic to their folly.

In 1966, the “Uniform Time Act” was passed by, yes, a Congress overwhelmingly controlled by the Democrats, and, yes, signed into law by LBJ, a Progressive if there ever was one. Some states were allowed to abstain, which Texas (albeit LBJ’s home) did for two more years. Today, with the exception of Arizona and Hawaii, the nation is for an increasing portion of the year in thrall to the lie that twelve noon is actually at 1:00.

Clocks used to “spring forward” for six months of the year, perhaps based on some Progressive notion of equality (six for real time; six for ersatz time); now they do it for eight months, and it cannot be too long before the entire year is operating under a grand delusion about the relationship of time and the solar system.

Again, that figures, since “equality” in a Progressive universe ends up with some being a lot more equal than others. The sun may laugh at our stupidity, but it’s a fair bet no Progressive will care, and those of us who fume about the sad state of chronology will be relegated to the status of flat-earthers.

If I haven’t made the point clear enough by now, it ought to be fairly plain that the hubris I referred to earlier is a matter of real time, the sun, and what man on a whim decides it is. The sexagesimal system that goes back as far as the ancient Sumerians, which was used also by the Egyptians, Greeks, and Chinese, was logically applied to the movement of the heavens. When and where—something that naturally varied from place to place—the sun reached its meridian, you had very sensibly the middle of the day.

I’ll confess the word “noon” has a very different history, but it’s enough to say that for about nine hundred years it meant the middle of the day by the sun and, once clocks were invented, twelve o’clock. The relation of telling time, then, with our place in the cosmos was fairly well established for quite a long time—until the Progressives, golf-playing lawyers, and, as further reading tells me, snooty scientists decided it would be more efficient to fiddle with history.

Setting aside my overall beef that most of us feel like zombies twice a year, on the average for about ten days, and that Tenebrae services are held too often in daylight, I find myself wondering why people felt so compelled to change something so fundamental to experience. It would have been easy enough, in World War I, for example, to advise government workers to come to work an hour earlier than usual, with the added bonus that they could knock off at four o’clock. Benjamin Franklin, possibly in jest but still someone who knew what a clock was for, suggested that very thing to the French in 1784.

Well, I’m not kidding. If lawyers want to play golf, let ’em do it at four o’clock. As for the rest of us, let’s salute the sun; let’s salute the clocks that tick modestly or chime prettily in our homes. There’s human history and God’s creation in such things that ought to be respected. But as for Hudson and Willett, forget them! You never heard of them? They were a New Zealand scientist, George Hudson, and an English builder, William Willett, who, independent of one another, cooked up the modern scheme for daylight savings time. Not exactly household names, a state that’s likely to persist. The sun mocks their misguided efforts, and it is, indeed, high time for us to do the same. 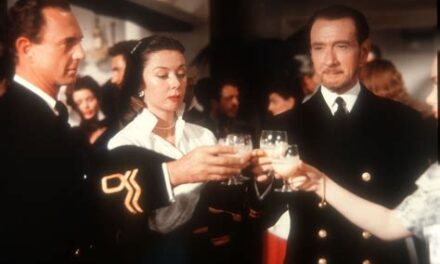 “The Man Who Never Was”: Dead Men Walking in Faith