It must be thirty years since I watched an episode of William F. Buckley’s Firing Line that featured Buckley and Michael Kinsley, then editor of The New Republic, in a discussion of policy on some urgent problem the specifics of which I don’t recall. At some point in the exchange, Kinsley, in response to Buckley’s argument for private initiative, declared that he could not understand the conservative obsession with “volunteerism.” If my memory serves me, he called it a “mystique.”

In that brief phrase, Kinsley summed up the entire philosophy of the Left. Any suggestion (indeed, usually from conservatives) that society’s ills—in fact, most of them—might be better addressed by individuals, private groups, the Church, or, in certain instances by small, local governments, is tut-tutted by the Left with claims about the sloppiness of free enterprise and “volunteerism,” and about a stick-in-the-mud mentality that will not utilize the “expertise” that the modern state alone can provide.

Because the opposition of the Left and Right on the subject of centralized authority is so well known to students of politics, Kinsley’s riposte to Buckley was hardly novel. With some modification, one can justifiably trace it back to Marx. What interests me in my recollection of Kinsley’s complaint is his nomenclature: “mystique.” It is curious, to say the least, for someone damn as a mystique “volunteerism,” something so broad, various, and flexible that it may be realized in dozens of ways, and then implicitly praise a politics of intervention by the state, that by ancient and modern example tends to be monolithic.

If, as Webster’s puts it, a “mystique” is “an air or attitude of mystery . . . and reverence developing around something or someone,” or “the special esoteric skill essential in a calling or activity,” wouldn’t it make more sense to detect, in Kinsey’s terms, the aroma of “mystique” in a “Brain Trust” or an exclusive club of the “best and brightest”?

If there’s anything strange about volunteerism, it lies in our never being quite sure how it will manifest itself. Innovation tends to surprise people, and there are few things more innovative than a free imagination, freely applied to some problem. The same goes for individual bravery. If that’s a mystique, I’ll grant Michael Kinsley his point. But more often than not, the Left regards central planning as the sole means of tidying up mankind’s various messes, be they political, economic, or social. And that is the real “mystique,” one certified by history itself, as philosophers such as Marx to politicos such as Obama have proclaimed. For Louis IV, the nation was himself; for statists, it is the mystical body of experts and bureaucracies, central and incontestable.

Michael Kinsley and “the mystique of volunteerism” have been on my mind over the last week as the drama of hurricane “Harvey” unfolded. Over the last three or four decades, Texans (and I am one) are famous for advocating small government and individual initiative. And although a small minority favors secession, the vast majority of Texans are what one might call “volunteerists,” people who understand American politics as a local, conservative enterprise, and regard the state as a necessary evil, an idea not unfamiliar to students of the American founding. Their response to the natural disaster that has befallen Houston, Beaumont, and Port Arthur includes generosity and bravery from citizens, private organizations (i.e., the Red Cross), local, state, and, finally, national government.

Their response to the natural disaster that has befallen Houston, Beaumont, and Port Arthur includes generosity and bravery from citizens, private organizations (i.e., the Red Cross), local, state, and, finally, national government.

Enter Politico. A cartoon on that site by Mark Wuerker shows a couple of Texans; one tell-gallon-hatted man being hoisted into a helicopter, with a “Don’t Tread On Me” flag sticking out of the water below him; the other is a woman on a rooftop with a “Secede” sign plastered over the shingles, waiting her turn to be saved. The dialogue balloons will take you straight back to Michael Kinsley. The Texan in the helicopter sling shouts, “Angels sent by God!”; a grimacing helmeted man standing next to the women says, “Er, actually Coast Guard . . . Sent by the government.”

At least three messages surface in Wuerker’s cartoon. The first is easy enough to get: these small-government Texans are just a bunch of hayseeds. Second, they’re hypocrites, damning the government when it’s safe to do so, and begging for help when the going gets tough. Third, they’re too stupid to know that praying to God is pointless: the rain will fall and the wind will blow regardless of how hard they pray. The real savior is . . . Washington, D.C.

As Ben Shapiro pointed out at The Daily Wire, state and local governments in Texas have done most of the rescuing. I’d add private citizens to that number. But beyond that, it’s worth noting that Wuerker, with others of the same political stripe, has indulged in something that I believe Michael Kinsley is too careful a thinker to do; he has created a straw man and, naturally, knocked him down with ease. It’s something ex-president Obama was fond of doing, and it’s quite easy. All you have to do is present a half-truth as the whole truth, deftly expose its foolish premises, and then celebrate your victory. Obama loved to say things like, “Conservatives claim all government should do is protect the shores. Well . . .” Then he’d offer a quick refutation, high-five himself, and move on (or act up).

Various and sundry pundits have made similar claims over the last few days on the political left about Texas conservatives, especially about Governor Abbott. The truth is nobody on the right limits Washington to simply defending the shores against foreign aggression. The Constitution is clear. Washington regulates interstate commerce (real interstate commerce, that is) and controls immigration (theoretically). It collects taxes, establishes courts, and a number of other things—but not an infinite number.

As for natural disasters, such as Harvey, current practice holds that Washington steps in when a governor requests its help, and conservatives have acceded to the wisdom of the practice, recognizing the enormity of some calamities calls for extreme measures—something like defending our shores quickly in the absence of a declaration of war.

But even on the subject of disasters—hurricanes most prominent among them in this country—federal aid has not always been assumed or requested. Chicagoans of the 1871 great fire (300 dead), Galvestonians of the 1900 hurricane (8,000 dead), and San Franciscans of the 1906 earthquake (3,000 dead) knew nothing of funds via the Washington pipeline. All three cities rebuilt in relatively short time and did so with an eye to prevent future catastrophes.

It’s certainly not immoral or politically tyrannical for a central government to step beyond its stated limits in a time of emergency. I’m glad the Coast Guard rescued the fifteen elderly residents of a flooded nursing home. But as our own past testifies, it is the spirit of volunteerism, not of interventionism, that proves most valuable when disaster strikes, as a lot of people in Texas can testify. Is that a mystique? No, it’s just a mystery. 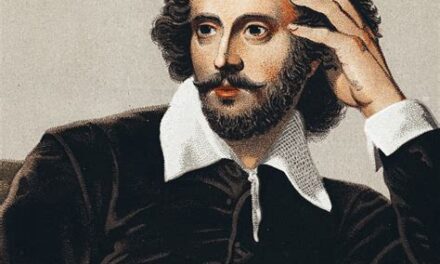