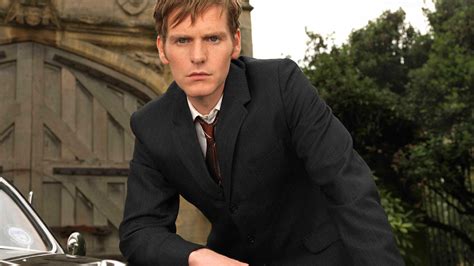 Two weeks ago, PBS began airing the fifth season of the British (ITV) series Endeavour. Those who haven’t watched it may be more familiar with it than they know; it’s the spin-off of Inspector Morse broadcast from 1987 to 2000, twelve “seasons,” of which three were one-show specials.

Based on the novels of Colin Dexter, it was a success on both sides of the Atlantic, and it didn’t end there. Once the original ran its course, Inspector Lewis followed, featuring Morse’s former sergeant (Kevin Whately) turned Detective Inspector paired with his own Detective Sergeant James Hathaway (Laurence Fox). Lewis managed a nine-season run.

Now you might have expected the folks at ITV to create a new series called Inspector Hathaway, which would have suited me fine, but whoever it was that dreamed up the next move chose to jump back to a pre-Inspector Morse past and develop a series on the young Morse; hence, Endeavour.

Those who followed the fortunes of Morse—I mean, the old Morse—will recall that he refused to go by or even reveal his first name. It turns out it is “Endeavour,” one of those peculiar names Quakers (and also fans of Captain Cook) used to give their offspring: a Christian name for sure but one the hero finds a thorough embarrassment.

The ingredients of Endeavour are typical of the entire “Morse” franchise: superb cast, fine scripts, and Oxford, the setting of all three series. Shaun Evans as the young Morse (not even a sergeant until the current season) is entirely believable; like John Thaw’s older Morse he is addicted to Wagner and Verdi, drives a Mark 2 Jaguar, is painfully introverted, and loves his draft beer. Gifted he may be, but he’s young and, season by season, must learn what it means to be a detective; that’s another way of saying he needs a mentor in the person of D.I. Fred Thursday and added oversight from a prim but increasingly likable Chief Superintendent Reginald Bright, played by the excellent actors Roger Allam (The Queen, Cabin Pressure) and Anton Lesser (Wolf Hall).

I’m told regularly that people gravitate to mysteries because they love puzzles. It may be so for many, but it seems evident that since the advent of Sherlock Holmes (which, as far as the genre goes, is almost, if not entirely, the beginning) the mystery-reading public has demanded fascinating lead detectives and, more often than not, a kind and occasionally bumbling sidekick.

Don’t get me wrong; we wouldn’t want Holmes and Watson to operate a hardware store; the mystery does matter. But even if we can’t figure out whodunit, we still read (or watch) on because we love the team and, chiefly, the main character.

So it is with Endeavour. The formula has some of the ingredients of Ellery Queen where the young man (Ellery) whom we might suppose was learning the ropes solves the mysteries that, more or less, baffle the experienced Inspector Queen, his father. Endeavour Morse, like Ellery, has both the intellect and instincts that mark him as superior to the hardened professional Thursday; however, the writers of Endeavour know better than to push young Morse’s gifts too far. He makes mistakes, colossal ones now and then; even after five seasons, he occasionally exhibits a sour temper in dealing with colleagues, such as with Detective Constable George Fancy, the new kid on the force. And when Morse errs, Thursday is there to point out his failures firmly. All of which makes the series and its main characters more believable.

Does the show have any flaws? My major complaint is a tendency, prevalent in far too many British dramas, to drag leftist politics into the script. There isn’t a current far-left cause a Brit scriptwriter doesn’t like, and with Endeavour’s action taking place in the sixties, there are myriad opportunities to dredge up convenient analogs to the political headlines of today.

A case in point is the second episode of season five, entitled “Cartouche.” Following an event largely extraneous to the plot in which an apartment building (on Khartoum Street, no less) housing Kenyans get torched, Thursday and Bright speak to one another with justifiable anger. However, that’s not enough for the scriptwriters who wouldn’t, you may be sure, let a crisis go to waste. Consider this dialogue:

Bright: “These people are British subjects, passport holders. We have a responsibility.”

Bright: “These make-Britain-greater types. They put a leaflet through my door only the other day. ‘Would you let your daughter marry a darkie?’”

Bright: “I thought we’d seen the last of them.”

Thursday: “Their sort’s always around. They find a rock to hide under till conditions are right, and then out they come.”

Bright: “‘The River Tiber foaming with much blood.’ Wasn’t that it? . . . Hatred is hatred. Once that catches hold there’s no saying where it might lead.”

I have a strong suspicion no public figure in 1968 used the phrase “make Britain greater”; the temptation to insert it into the dialogue was apparently too strong. The rest of the scene is built around two things: Enoch Powell’s famous “Rivers of Blood” speech (delivered in Birmingham) in which the M.P. described what he saw as a cultural sea change stemming from the influx of approximately 51,000 immigrants a year, and the scriptwriters’ conviction that the speech amounted to little more than fascism (“Two-bob blackshirts”). And what do you know: Immigration is a hot controversy today!

Let’s give the writers credit for having Bright quote Powell correctly; Powell never used the phrase “Rivers of Blood.” As one of the greatest classical scholars of his day (degrees from Cambridge, a fellowship in his early twenties, and a full professorship at the University of Sydney at twenty-five), he knew all about the Tiber, blood, and Virgil. But a fascist? Hardly.

As Simon Heffer points out in the May issue of The New Criterion, Powell returned from Australia to England in 1940 to join up as a private and rose to the rank of brigadier on the general staff by the end of the war. He knew the Nazis and Fascists as enemies, and once notably compared the Conservative head-in-the-sand position in the sixties on immigration to that in the thirties toward Nazi re-armament. He didn’t intend the comparison as a compliment.

As for the Thursday’s treating the re-surfacing of “two-bob blackshirts” as something recent in the 1968 of Endeavour, Powell as a housing minister in the late fifties could have told him a thing or two. He was well acquainted with inter-racial troubles through the rioting of West Indians in Notting Hill in 1958, ten years before. Even so, it was the complaints of Powell’s constituents that led him to deliver the Birmingham speech that still marks his career.

Powell was no racist. In perhaps his most celebrated speech on the floor of Parliament, he acidly expressed, Heffer recounts, “his outrage that black detainees in a British internment camp in Kenya had been beaten to death, and that there appeared to be one law for white people and another one for black people.” That’s no small irony if you recall that in Endeavour the burned apartment housed Kenyans.

Like the rest of the “Morse” series, Endeavour is literate and enjoyable, but I had to force myself to watch the remainder of “Cartouche.” Needless to say, I hope it’s the series’ last instance of politicizing—but I’m not counting on it.

15 Year Olds Do Fall in Love 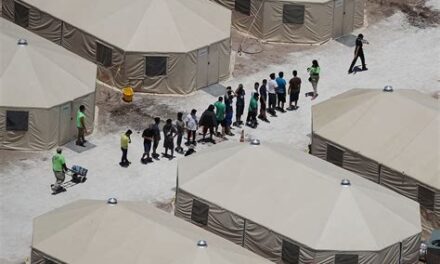