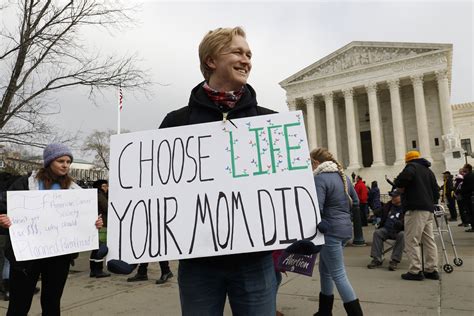 Catholic voters remain deeply confused about when they are morally obligated to vote as their Bishop or Pope teaches, and when they don’t. The reason is simple: Catholic voters are unaware of the distinction between the handful of issues that are “settled” or “non-negotiable,” and those that are not, meaning “prudential judgments.”

Most political issues are prudential, meaning the individual person applies a general principle to a specific situation. Issues of immigration, war, taxation, climate change, minimum wage, education, foreign policy, and internet policy are all prudential. Whereas, the settled matters, meaning settled in Church teaching, are five in number: abortion, euthanasia, embryonic stem cell research, cloning, and marriage, because they are intrinsic evils that can never be voted for or supported in any way by Catholics.

Unlike the defense of unborn life, prudential judgments are rarely black and white. Most political judgments, like the act of voting itself, require prudence, the rational application of principle to practice. People of good will can come to different conclusions based upon the same principle.

An example would be the principle taught by the Catechism of the Catholic Church about health: “Life and physical health are precious gifts entrusted to us by God. We must take reasonable care of them, taking into account the needs of others and the common good” (CCC 2288). One person might argue that this principle is best met by single payer, universal coverage, while another could argue the health care system operates best when it is subject to market demand and, thus, competition for services. Catholics are obliged to think from this principle to a conclusion. But the amount of information and expertise required to properly apply this principle is staggering, which is why we must depend on guidance from the Bishops and other informed sources.

Arguments can be made, in fact, that’s what politics is, to the superiority of one conclusion over another. But no single prudential judgment is morally binding on Catholic, even if it is made by a bishop, the bishops, or the Holy Father himself. Prudential judgment made by Bishops collectively, or any single Bishop, are neither settled or non-negotiable — all Catholics bear the responsibility of making prudential judgments for themselves.  The judgments made by our bishops and the Holy Father, especially his encyclicals, offer information and guidance, rather than directives.

The United States Conference of Catholic Bishops represents a merging in 2001 of the National Conference of Catholic Bishops (NCCB) and the United States Catholic Conference (USCC), which were created in 1966. Since then, the bishops have released more than 100 pastoral letters and statements that take positions on dozens of public policy matters ranging from handguns, racial prejudice, climate change, healthcare, immigration, U.S. relations with Panama, treatment of the aging, farm laborers, and war in the Middle East.

These statements are intended to educate Catholics on pressing issues of law and policy. For many Catholics confusion has been created by this official commentary of the Bishops on such a wide range of issues: Few Catholics make the distinction between binding statements of principle and the non-binding prudential judgments by the USCCB on policy issues and its support of specific pieces of legislation before Congress.

The bishops themselves recognize the potential for confusion and have addressed it directly, for example, in their pastoral letter “Economic Justice for All”:  “We do not claim to make these prudential judgments with the same kind of authority that marks our declarations of principle” (xii). Instead, the letters are attempts to apply Catholic principles to concrete situations. But the authority of bishops, as they make clear, in matters of faith and morals does not extend to their prudential judgments in other matters.”

An eloquent example of the Bishops on the settled issue of abortion is the 1998 “Living the Gospel of Life: A Challenge to American Catholics,” published two years after President Clinton’s veto of the partial-birth abortion ban passed the Congress in spite of resistance from Catholic Democratics.

Sound prudential judgment is a habit of mind that reasonably applies general principles to specific historical situations. “The prudent man determines and directs his conduct in accordance with this judgment. With the help of this virtue we apply moral principles to particular cases without error and overcome doubts about the good to achieve and the evil to avoid” (CCC 1806).
Catholics profit from the education in social teaching offered by the bishops and the Holy Father through their various documents, including pastoral letters and papal encyclicals. We can learn from the bishops’ and popes’ examples of how to think prudentially and how to gather the expertise and data necessary to put principle into practice.

But the habit of prudence belongs to each individual and not to a group. Prudence is not prudence when it is handed down like a rule to be followed. Individual prudential judgment follows from principles and cannot be commanded or dictated by the Church.

The U.S. bishops have clearly stated, “Decisions about candidates and choices about public policies require clear commitment to moral principles, careful discernment and prudential judgments based on the values of our faith” (“Forming Consciences for Faithful Citizenship: A Catholic Call to Political Responsibility”).

As Archbishop Wilton D. Gregory, a former president of the USCCB, wrote about the Iraq War, “People of good will may apply ethical principles and come to different prudential judgments, depending upon their assessment of the facts at hand and other issues” (“Letter to President Bush on Iraq,” September 13, 2002).

For those Catholics who may cringe at the idea of disagreeing with a Bishop, here they are telling you, “It’s OK, you must think and decide for yourselves on these matters.”

What’s important to recognize, first of all, is the commitment to principle at the core of policy recommendation. What must be considered is how effective a policy will be in implementing the principle that underlies it. Catholic principles apply to all political issues but, in many cases, do not lead prudentially to only one acceptable or “official” Catholic position. However, abortion, euthanasia, and gay marriage are matters of principle that do not admit prudential judgments, and therefore can never be supported. While the bishops’ teachings on faith and morals are binding, their prudential judgments on policy and legislation guide us but do not bind us.