The Left’s Immigration Riddle: Welcome to the “Wicked” United States

As Jim Geraghty of National Review noted on July 3rd, the New York Times reported that however slow Trump may be in building his wall, certain features of his tougher stance on immigration are beginning to yield measurable results.

The Times’ story reveals a sixty-percent drop in arrests at the border (“total apprehensions”); an increase in arrests of illegals from January through April, for detention and, presumably, eventual deportation, by 11,000 over the same period a year ago (35% increase); and consternation among “migrant smugglers,” i.e., rings transporting illegals into the U.S. for cash, who have suddenly found their business in a slump.

For those of us who subscribe to the quaint idea that a country’s borders have something to do with its sovereignty, the Times’ report is good news. Of course, assorted protesters, almost exclusively from the Left, whether in San Francisco or anywhere the ACLU has an active Immigrants’ Rights Project, are already lamenting this dire new trend, demanding that raids of illegals’ “homes” cease.

There are many things one might say about these developments, but what strikes me as forcefully as anything else is the bizarre thought processes of the Left. Yes, Leftists have been thoroughly consistent in their position that the borders should be more or less porous. Hillary’s campaign promise to out-Obama Obama was no joke. And, say what you will, it’s hard to believe the Left remains indifferent to the effect illegal immigration will have on future elections. They can quote Emma Lazarus at the drop of a hat, but what they really yearn for is not “your tired, your poor” so much as “your” voters. Trump appears to have rained on that Fourth of July parade.

But if, as I happily concede, the consistency of the Left is beyond dispute about the border they think should not exist, I find myself a bit confused about other arguments they have been framing, chiefly about the United States itself, in venues such as the University of California at Berkeley and Evergreen State College in Olympia, Washington.

But let me back up a bit. Admittedly, there are places south of the United States’ border where I would not want to live—probably not for any amount of money. The reasons are obvious enough: there’s little in the way of free speech, impartial administration of justice, freedom of the press, and fair elections. In other words, representative democracy has not worked very well there.

Funny thing is, the same was once true of our own country. I say that with some confidence because we recently celebrated the Fourth of July, and, though they may be fewer than they once were, the public readings of the Declaration of Independence — e.g., at Thomas Jefferson’s second home Poplar Forest near Lynchburg, VA — remind us that King George III was once upon a time rather careless about granting the American colonists the rights of Englishmen.

In 1776, the press wasn’t free; in Boston, martial law had replaced civil law; Americans had no voice in Parliament except for an occasional sympathizer such as Edmund Burke. And no matter how great the climate was in America or how productive the soil, without freedom it was not a place for freedom-loving men.

My point should be obvious enough. Americans, a people determined to have a life free from despotic rule, dared to rid themselves of what Jefferson, Adams, and the other members of the Second Continental Congress referred to as tyranny; they rebelled and in time established a new order that would guarantee them what the king had stubbornly refused to grant.

For people throughout Central and South America, the desire for freedom and independence also ran its course, and if the names of their battles are not with familiar as the Bunker Hill and Yorktown, it’s a fair bet that they are to Colombians and Mexicans. What remains a mystery is the inability of these countries to maintain the free order that in so many instances they zealously fought to establish. The term “banana republic” may be overused, but it came into existence to reflect the harsh reality of political corruption and dysfunction endemic to the region.

Which takes me back to the matter of the American Left, at least in its loudest and most demonstrative protests. On the one hand, Leftists insist that certain immigrants should be allowed to enter the United States at will without restrictions or vetting. Why? For the vastly improved conditions economic and political? That’s a reasonable explanation if reason is what you demand. But increasingly the Left has busied itself arguing that the basic conditions and institutions of our country are not just corrupt but were fraudulent from the start.

If a Honduran enters the United States legally or otherwise to enjoy the freedom of speech, he should listen first to what students and professors at some of our universities, along with some of our own Democrat representatives are saying about abolishing that right. If a Mexican crosses the border to achieve an economic way of life superior to the poverty he knew back home, he might consider the derogatory assessment of capitalism so frequently heard in our classrooms. If an immigrant were to do so, he might justifiably wonder whether, should the wishes of our Leftists come true, the United States might soon look a lot like the country he fled, with bread lines at supermarkets and troops threatening protesters in our streets, much as they did in Venezuela last week.

As I said, I feel sympathy for any people that finds tyranny offensive. The United States has welcomed millions from places where life was by any standard barely tolerable, and it will continue to do so. But when it allowed droves to enter our country in the nineteenth and early twentieth centuries, it did so through a strict system of immigration and naturalization—a fact that surprised no one. Those that were permitted entrance and eventual citizenship were expected to swear allegiance to this country and to assimilate. That’s just another way of saying they were to become Americans: to live by our laws, to fight in our wars, and to cheer our representative athletic teams even when they opposed teams from the immigrants’ former countries.

Those that were permitted entrance and eventual citizenship were expected to swear allegiance to this country and to assimilate. That’s just another way of saying they were to become Americans: to live by our laws, to fight in our wars, and to cheer our representative athletic teams even when they opposed teams from the immigrants’ former countries.

There was a time no one found such expectations scandalous, but with the Left leading the chorus, that is no longer the case. They insist that illegals should come to this country, first, to enjoy its largess, and, second, to lend a hand in the mighty project of dismantling the “system” the Left blatantly condemns.

How much better it would be if the Leftists formed a vast army and invaded Venezuela to establish the grand “new” order they envision for our country there instead. However, I suspect such an army, once it arrived in Caracas, would find the struggle unnecessary. In Venezuela, as in so many similar countries, the future the Left longs for, with its food shortages and disappearing freedoms, already exists. 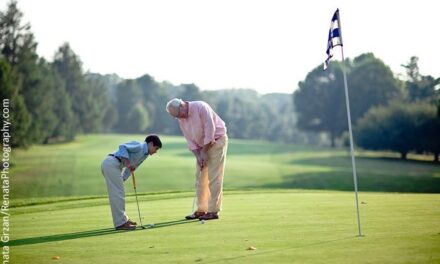 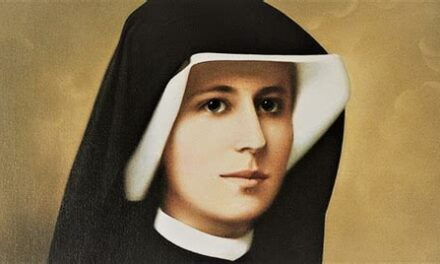 A Sister Who Loved Her Enemies