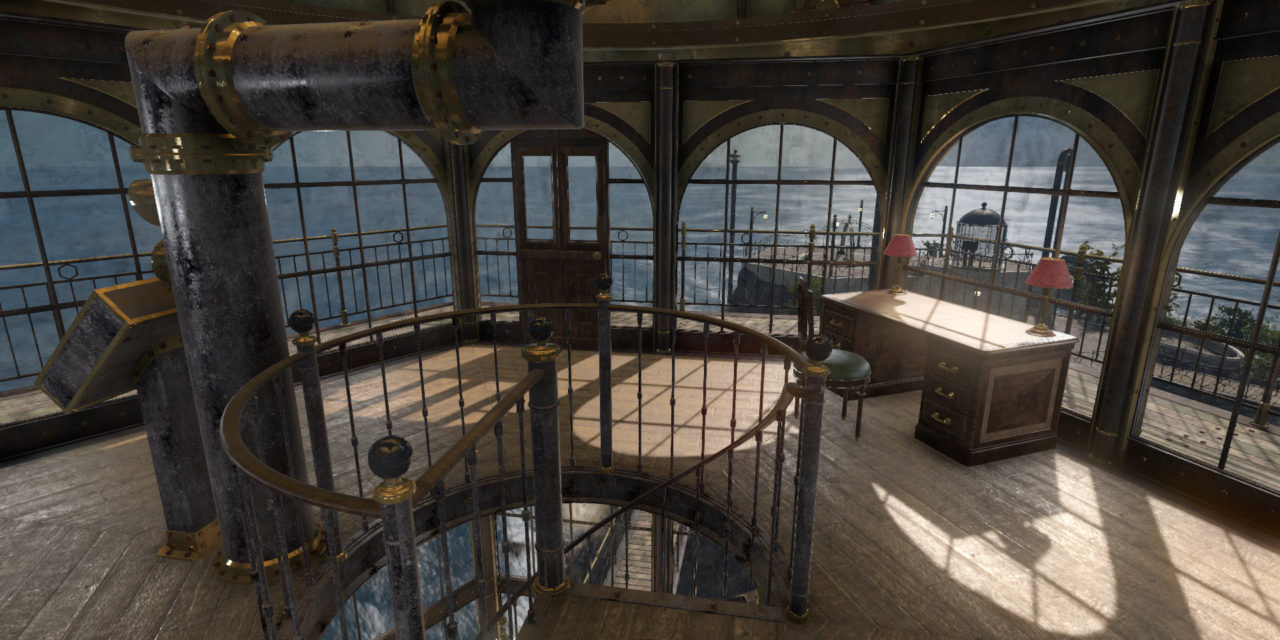 Gaming is a timely subject considering how the quarantine imposed by the pandemic compels us to stay home rather than go to places of recreation. Without sports, theaters, and restaurants, individuals and families need some fun to balance the drudgery of work and inconvenience. I recommend computerized gaming, but not just any sort.

The first computerized games were created for the original disk operating system (DOS), monochrome monitors and even for computers with no hard drive! Even then, I had a flight simulator! When Windows and colored monitors arrived, however, characters and sceneries acquired greater reality while more powerful systems and greater capacities allowed players to use their skills. By the early 90s, Wolfenstein contained both action and adventure in a three-dimensional format.

Computerized games branched into different categories, ranging from action to adventure, while some mix the two genres.  Action games are popular among American teenage boys. The player fights or shoots enemies or monsters to attain some goal. Athletic or hunting games are similar but less violent. Although some critics claim that such games cause young people to become violent, life itself is a war between good and evil, including angelic forces. 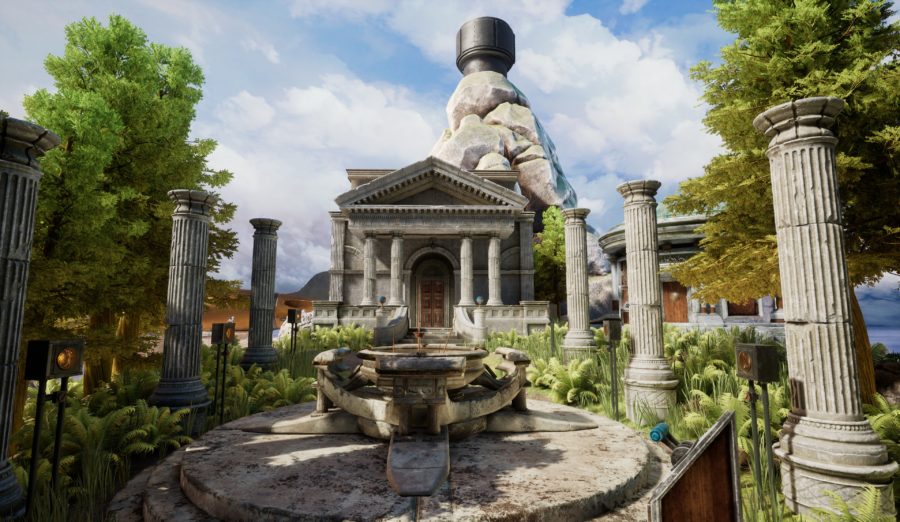 I prefer a peaceful adventure. When Myst appeared in 1993, the graphics were spectacular. The player found himself on one island or another with detailed and varied landscapes, trying to understand what happened and how to make things work. At first, the player operates in isolation, but in later editions, characters engage each other.  More recent games played through the internet now have avatars of several players from different parts of the world interacting in the same virtual space. 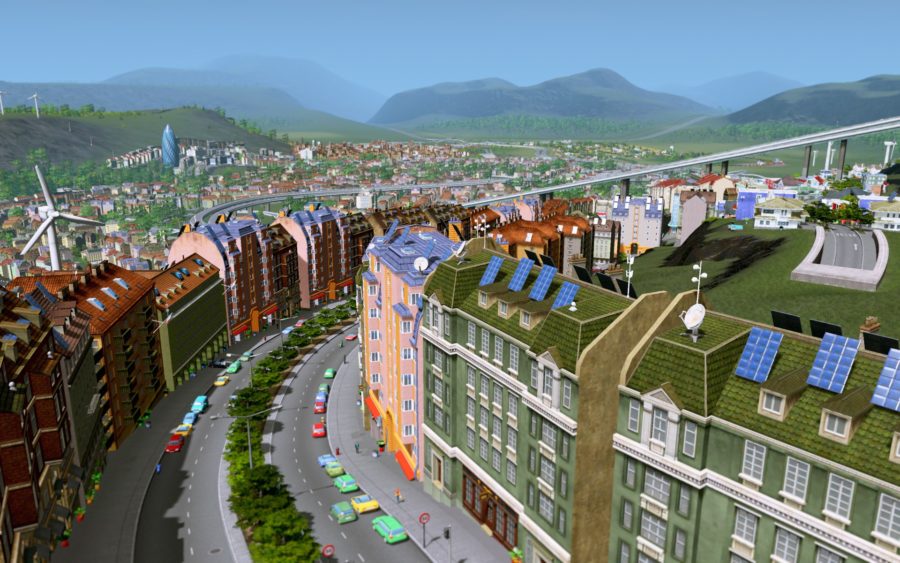 A popular type of game that combines action and adventure is city or empire building.  You create your own history by forming societies from the pioneer level to great civilizations, but in some cases, one can either conquer another people or have to defend oneself against them. I enjoyed SimCity in the early 90s and especially Anno 1602: Creation of a New World in 1998. Now, I occasionally add more to my development in City: Skylines, but I turn off natural disasters. It can teach you how to manage resources and balance your budget while developing society materially, physically, academically, and culturally. 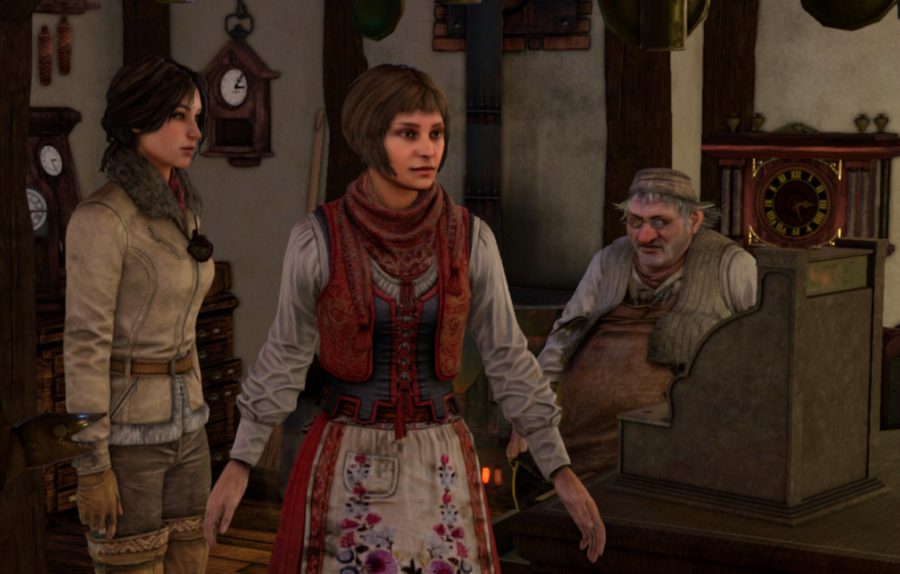 Adventures are puzzles. The most important puzzle should be the narrative as you piece the story together. Search for evidence that explains or adds to the plot, such as a book, note, or photograph. It is exciting to determine the outcome in some cases by making right or wrong choices. The story can end very well or badly depending on the integrity of the player. This is especially true of Haven Moon, Quern: Undying Thoughts and Obduction.

Europeans have a greater appreciation of adventure games. They tend to be more cerebral and less crude in their preferences. Microids, a French company, has created elaborate quests. In Amerzone: The Explorer’s Legacy, the Syberia series or Post Mortem series, the protagonist must question other characters to unfold the narrative or solve the crime like a detective. 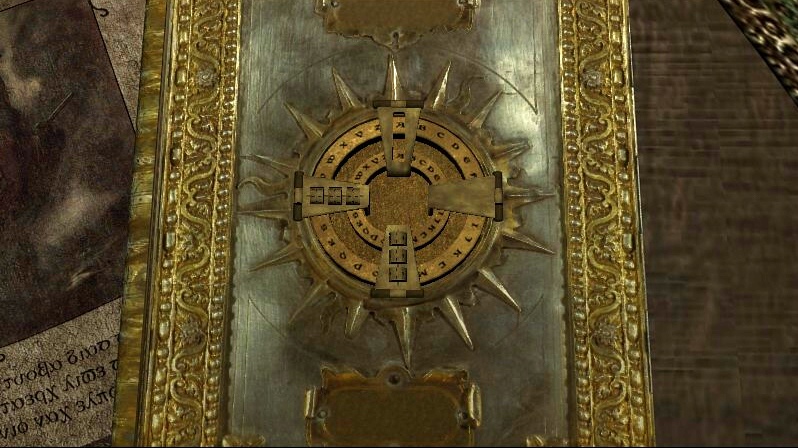 Besides clarifying an elaborate mystery, you must solve minor puzzles of many kinds. They can challenge you mathematically, scientifically, graphically or linguistically. For instance, what is the correct combination to unlock the door?  How does the vehicle move? What mixture of ingredients provides the right result?  Games have quite different degrees of difficulty. It is not worth playing if it becomes like burdensome work. Some games let you choose your preferred level of difficulty or they provide hints as in Darkarta: A Broken Heart’s Quest. Previously, games came with paperback manuals, but now if you get stuck, an online walk-through reveals all the answers sequentially. The latter are either texts or videos usually found on YouTube. 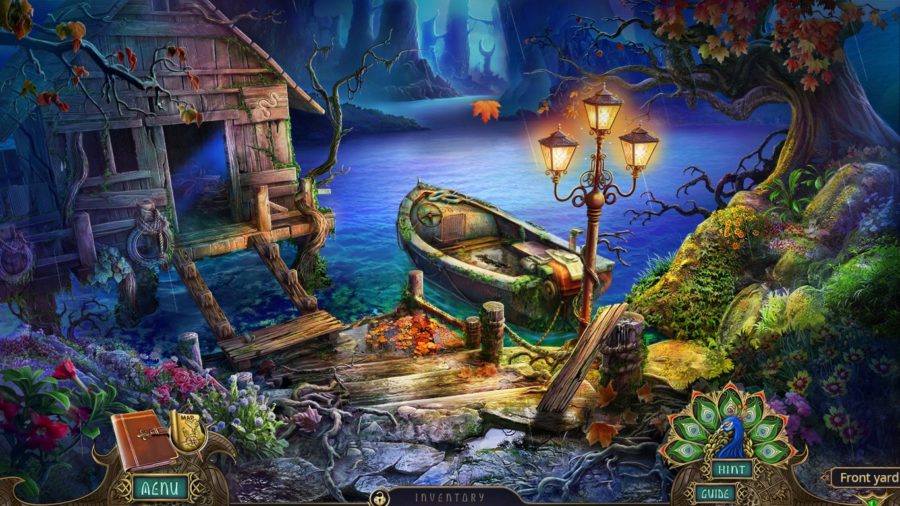 The first thing one must learn is how to move and operate. This is called the gameplay. What are the rules?  What keys function? How does the mouse or gaming pad operate? Can the gameplay be adjusted by the player? If possible, I reduce background music but maintain realistic ambient sounds. How does one manage an inventory of collected objects or use them? Point-and-click games jump from one part of the scene to another, but virtual reality allows the player to look or move in any direction. 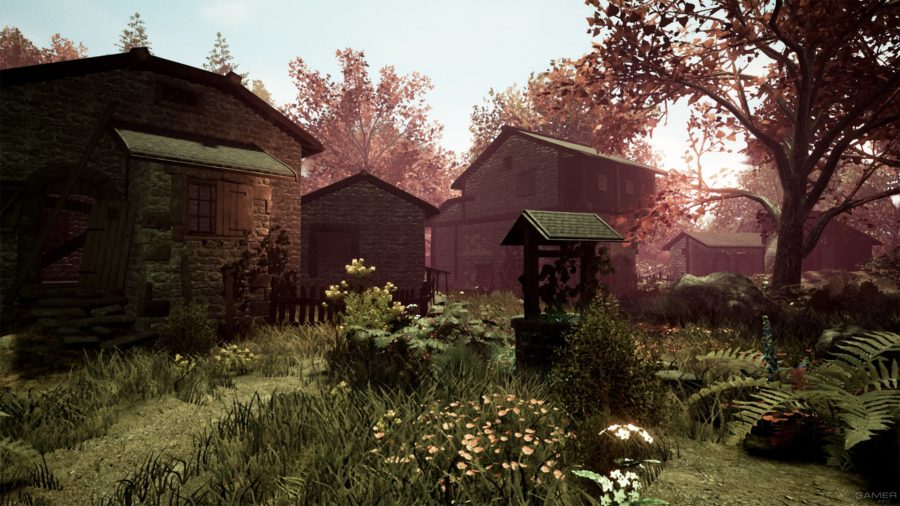 Games should provide you with an escape from boredom and a stimulating alternative world like a virtual vacation.  Surroundings can be wonderfully real or exotically surreal. Rusted metal, shards of clay pots, the shadows of leaves moving in the wind and even insects can give you the sense of actually being there.  On the other hand, fantasies with exotic plants, gigantic structures, and magical phenomena can delight your imagination.  A monotonous scenery, however, like one finds playing Rhem, in which every drab place looks similar, is too dull and confusing for the effort. 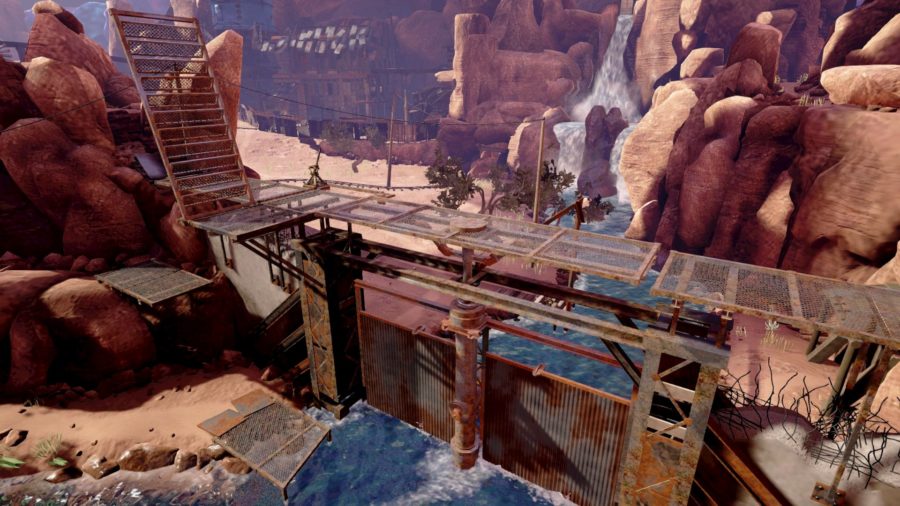 An amateur playing an hour each day can finish one game in a few weeks but with greater expertise in merely a few days. Finishing a long game is like finishing an epic book. Besides the duration, some games have such a great expanse that one visits countless locations in rooms, towns or even planets. The Drizzlepath series offers you the opportunity to explore vast landscapes for miles on foot. 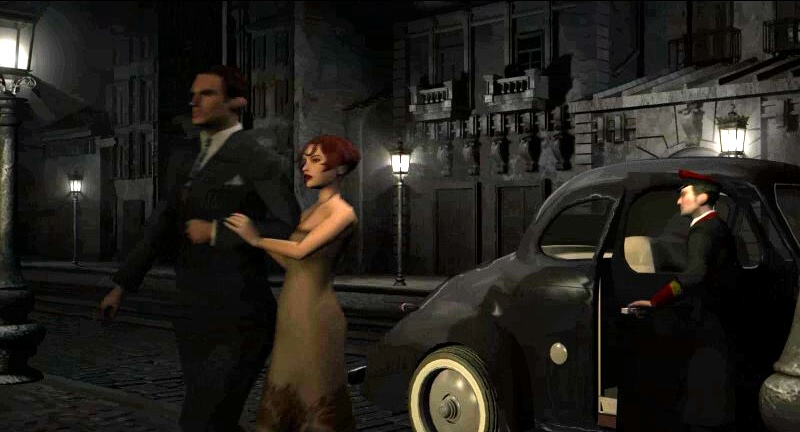 Today, one does not buy a CD or DVD in a box at the store.  Downloaded platforms, like Steam, serve as a place to buy and store a library of games. They alert you to bargains in your favorite genre and keep a record of your progress. As a photographer, I love being able to take screenshots by hitting F12 to create albums like a tourist.

Ultimately, gaming is beneficial because recreation is virtuous. Saint Thomas Aquinas calls the virtue of play “eutrapely” and places it within the context of modesty and temperance.  Certainly, some action games are immodest and intemperate because of sex, crime, and gore, but adventure games are mental exercises like chess or crossword puzzles.

Sadly, television today is not like the days of Carol Burnett and Jackie Gleeson, The Beverly Hillbillies and The Addams Family. Cable networks geared for “adult” audiences have become especially immodest and intemperate. Besides, television is so passive that it can easily induce sleep, but computer gaming requires conscious effort to get a reward.  Some games might even teach moral lessons by showing the consequences of our actions. If we choose well, we get the satisfaction of a glorious achievement. 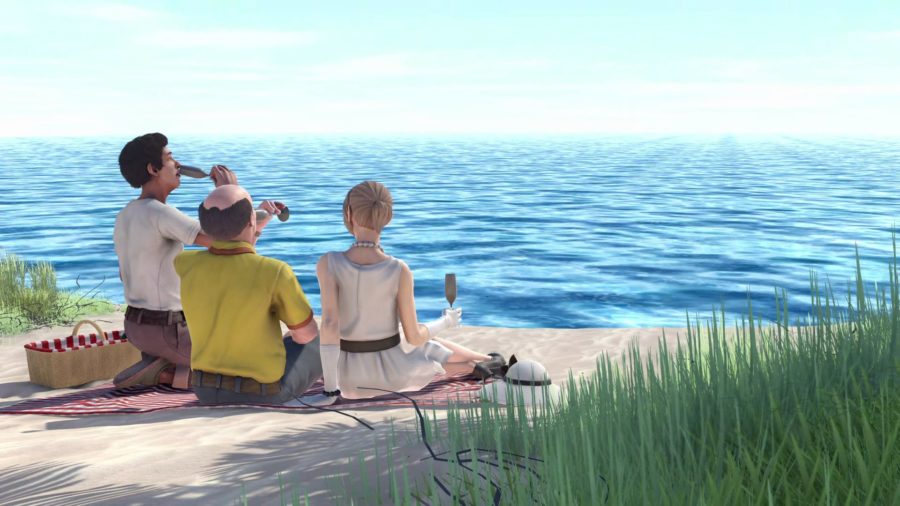 How Would Truman Have Responded to Meryl Streep?

In Ecuador We Discovered the Latin Mass