Pope Francis meets the United Nations in a Fractured World

When Pope Francis arrived at the United Nations today he was welcomed by the sight of the Vatican Flag, the first time the yellow and white flag had ever been raised at the UN since its founding in 1945.

In 1964, the Holy See, which is not a member, became a permanent observer at the UN and in 2004 gained all the rights of full membership except the right to vote, to submit resolution proposals without co-sponsoring, and to put forward candidates.

The other flag flying for the first time is that of the Palestinian state, with both the US and Israel being among the 8 votes, out of 116 with 45 abstentions, voting against the flag being displayed. I mention that only to underscore the kinds of tensions present at the UN prior to the Pontiff’s speech.

Pope Francis looked tired when he arrived at the UN, his first smile appearing only when two children came forward to greet him. (It should be remembered that Saint John Paul II had a similar habit of lighting up when children came near.)

As he takes the UN podium, the Pope has already delivered a major address at the U.S. Congress and shorter messages at the White House, at the Cathedral of Saint Matthew the Apostle, the Basilica of the Immaculate Conception, and Saint Patrick’s Church in Washington, DC. (Each link above contains the full text of the respective speeches.)

The media commentators were once again busy speculating on what themes the Holy Father would emphasize.  I’m surprised that no one, at least no one who I have seen, has put a clock on all the Pontiff’s speeches to list the minutes and seconds given to climate change, immigration, religious liberty, marriage, and the defense of life.

Two points of emphasis stand out in Pope Francis speech to the UN, first, his speech contained an integral connection to the three previous pontiffs, Saint John Paul II, Benedict XVI, and Pope Paul VI. His insistence on “the moral law written into human nature itself,” “the natural difference between man and woman,”  “the right to life, what we would call the existence of human nature itself, ” “the primary right of the family to educate their children,”  and the family as the “central cell” of society, all these continue the central themes of papal teaching over the past 40 years.

In fact, towards the end of his speech, the Pope said he hoped his words would be heard as a continuation of the message given by Pope Paul VI on the first visit of any Pontiff to the UN in 1965.

He quoted that earlier speech of Pope Paul VI twice, “The real danger comes from man who has at his disposal ever more powerful instruments that are as well fitted to bring about ruin as they are to achieve lofty conquests.” Also, “the edifice of modern civilization has to be built on spiritual principles, for they are the only ones capable not only of supporting it, but of shedding light on it and inspiring it.”

The second emphasis will be the one mentioned exclusively by most of the media — the Pontiff’s stress on  saving the environment and eliminating poverty, “oppressive” financial systems,  nuclear weapons, child exploitation, the drug trade, organized crime, sex trafficking, and war. All these efforts, he stressed should  be “understood as prudential activity guided by justice,”  approached by forgetting “we are dealing with real men and women and are struggling to live.”

The media will be deaf to the theological and philosophical principles Pope Francis both explicitly mentioned and implicitly relied upon throughout his powerful speech.

“Man does not create himself. He is spirit and will, but also nature.*” Creation is compromised “where we ourselves have the final word. . . . The misuse of creation begins when we no longer recognize any instance above ourselves, when we see nothing else but ourselves”

“When we see nothing else but ourselves,” this is Pope Francis, the world’s pastor, preaching to the largest group of world leaders ever gathered at the United Nations. 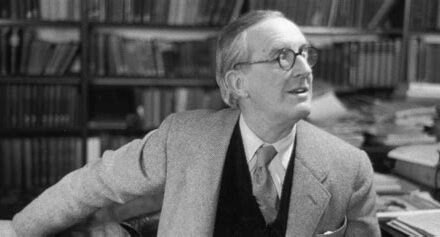