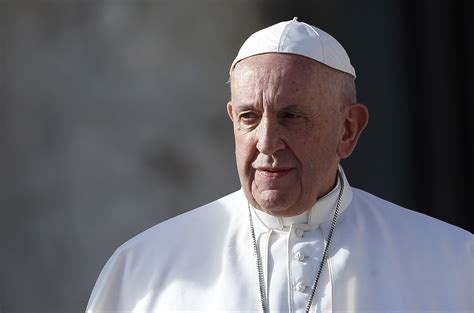 Writing for NEWSMAX, I explained why Pope Francis’s recent attempt to set abortion and immigration on equal moral ground cannot be rationally defended. Yes, they have the principle of ‘loving thy neighbor’ in common, but they are distinctly different kinds of moral judgments.

Pope Francis get’s it. He understands why 52 percent of Catholic voters helped to elect Donald Trump in the face of fierce resistance from nearly all the of the U.S. Bishops, and the pontiff himself.

What Pope Francis gets is precisely what has historically pushed Catholic Democrats to vote for Republican presidents such as Ronald Reagan, George H. W. Bush, George W. Bush, and Donald Trump — the abortion issue.

To remedy this, the pope has published an Apostolic Exhortation, “On the Call to Holiness in Today’s World,” with the resulting headline from The New York Times: “Pope Puts Caring for Immigrants and Abortion on Equal Footing” (Jason Horowitz, April 9, 2018).

The headline, unlike most on the Catholic Church, is not an exaggeration, as seen in the following from the Pope, “Our defense of the innocent unborn, for example, needs to be clear, firm and passionate. Equally sacred, however, are the lives of the poor, those already born, the destitute, the abandoned.”

This is no mere throw off line; he reiterates it, connecting the issue of abortion and immigration directly to politics: “Some Catholics consider it [migrants] a secondary issue compared to the ‘grave’ bioethical questions. That a politician looking for votes might say such a thing is understandable, but not a Christian, for whom the only proper attitude is to stand in the shoes of those brothers and sisters of ours who risk their lives to offer a future to their children. (Emphasis added) “Such a thing is understandable,” yes, Pope Francis gets it — he realizes that a political candidate who is pro-life will attract Catholic voters when pitted against a rival who supports abortion-on-demand while insisting our national borders remain porous for the thousands of illegal immigrants who cross it each month.

The context of these statements in an exhortation on the “Call to Holiness,” suggests Pope Francis realizes the issue of abortion for Catholic voters is not a “single issue” at all — abortion connects to concerns about the moral dissipation of the culture in general.

Catholics regard a pro-life candidate as someone who will stand against the increasing tawdriness of culture which mocks religion and puts deviance on display. In other words, a pro-life candidate resonates with the still socially conservative America. (This is why I predicted pro-life Catholics would support Trump as early as February, 2016).

In 2016, Catholic voters rocked the liberal, Democrat-aligned, Catholic establishment by ignoring the nonstop attacks on Trump and his “wall” by Catholic bishops, priests, nuns, professors, and journalists. Indeed, their voices chimed in with the same message throughout the campaign: Immigration is a “life issue,” putting it on par with the defense of innocent life. Pope Francis now seeks to codify that message. But it won’t succeed, and I will explain why.

His apostolic exhortation ignores the basic moral problem in equating immigration with abortion: prudential judgment (see my explanation here). Any Catholic’s opinion and action on what the bishops have called “Welcoming the Stranger Among Us” has no single answer.

Do we support the “catch and release” ordered by President Obama? Do we support enforcing our laws pertaining to entering the United States? Do we build walls? No church teaching obligates a Catholic to a specific answer to these questions of public policy.

On the other hand, the question about whether to abort or not to abort has only one answer — no. Abortion is not a prudential matter. Some have called it one of the “non-negotiables,” others a “settled issue,” but the moral difference is clear.

Certainly, Pope Francis is right about this: at a general level, both abortion and immigration do meet on equal ground — the principle of loving one’s neighbor. But, as has been explained, that moral equality doesn’t confer equality on the type of moral judgments Catholics are obliged to make, one is liable to a variety of answers, the other is not.

I’m not convinced that Pope Francis recognizes the “good will” of those Catholics who disagree with his view of immigration. As he puts it, “This is not a notion invented by some Pope, or a momentary fad. In today’s world too, we are called to follow the path of spiritual wisdom proposed by the prophet Isaiah to show what is pleasing to God.”

Pope Francis has done his best to prop up the those Catholic Democrats who continue to promote abortion, support government funding of Planned Parenthood, and ignore the church’s teaching on life. His apostolic exhortation does not to change Catholic moral teaching because, as I have shown, the claim the Pope is trying to make cannot be rationally defended.

In spite of the headlines, the Pope’s gift to the Democrats will not be of much use to them in propping up their Catholic credentials. Lay Catholic voters will see through this claim just as they saw through the church’s barrage of anti-Trump rhetoric in the historic 2016 presidential election.

The Exquisite Beauty of the Familiar

What My Son Needs to Know Which I Learned Too Late