At a large rally of young people in Turin yesterday, Pope Francis made some remarks that left me shaking my head. Here’s The Guardian‘s report of the Pope’s speech about war and politics:

“If you trust only men you have lost. . . . It makes me think of . . .  people, managers, businessmen who call themselves Christian and they manufacture weapons. That leads to a bit of distrust, doesn’t it?”

Pope Francis also said of those who invest in the weapons industry: “duplicity is the currency of today . . . they say one thing and do another.”

Then Pope Francis took a swipe at the Allies — Great Britain, U.S., France, and Russia — during World War II:

“The great powers had the pictures of the railway lines that brought the trains to the concentration camps like Auschwitz to kill Jews, Christians, homosexuals, everybody. Why didn’t they bomb (the railway lines)?”

Is this the same Pope who inspired many two years ago when he said of homosexuality:

“If someone is gay and he searches for the Lord and has good will, who am I to judge?”

Pope Francis is willing to judge not only those who produce the weapons that protect free people and nations but also the leadership of the nations who lost millions of men and women to defeat Nazi regime.

Has Pope Francis given any thought to the weapons that are needed to defeat new regime of terror and genocide, ISIS? These Islamic extremists, like Hitler, seeking to conquer the world, beginning with cutting off Christian heads in North Africa and making sex slaves of young women in Nigeria and Yazidi?

Are these murderers, these perpetrators of genocide, going to put down their arms voluntarily?  Will they surrender without weapons being aimed in their direction? Or will they, like Hitler’s Germans and Hirohito’s Japanese, be willing to die regardless of the odds?

Frankly I’m stunned at the Holy Father’s remarks in Turin.  Whether “off the cuff” or not, such blanket condemnation of persons, their intentions, and whole communities is not what Pope Francis himself has been saying or exemplifying.

I’m also perplexed at the historical naiveté: How many times does history have to teach us that force is necessary to protect freedom, justice, human dignity, and innocent life?

Will the Pope next call into question the faith of those who serve in the military around the world?

What about the Pope’s own Swiss Guards who have been serving the Holy See since 1506?  The Swiss Guards are fully armed and prepared to protect the life of the Holy Father.  Does the Pope doubt the Christianity of those who built their weapons or the men who carry them, prepared to use them in defense of life? Prepared to give their lives for him?

What happened to the Holy Father who won hearts around the world with plea for humility and compassion? Surely Pope Francis is not following in the footsteps of so many on the political left who plead compassion, but only for those who embrace their political agenda. 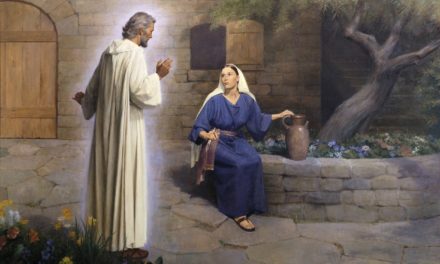