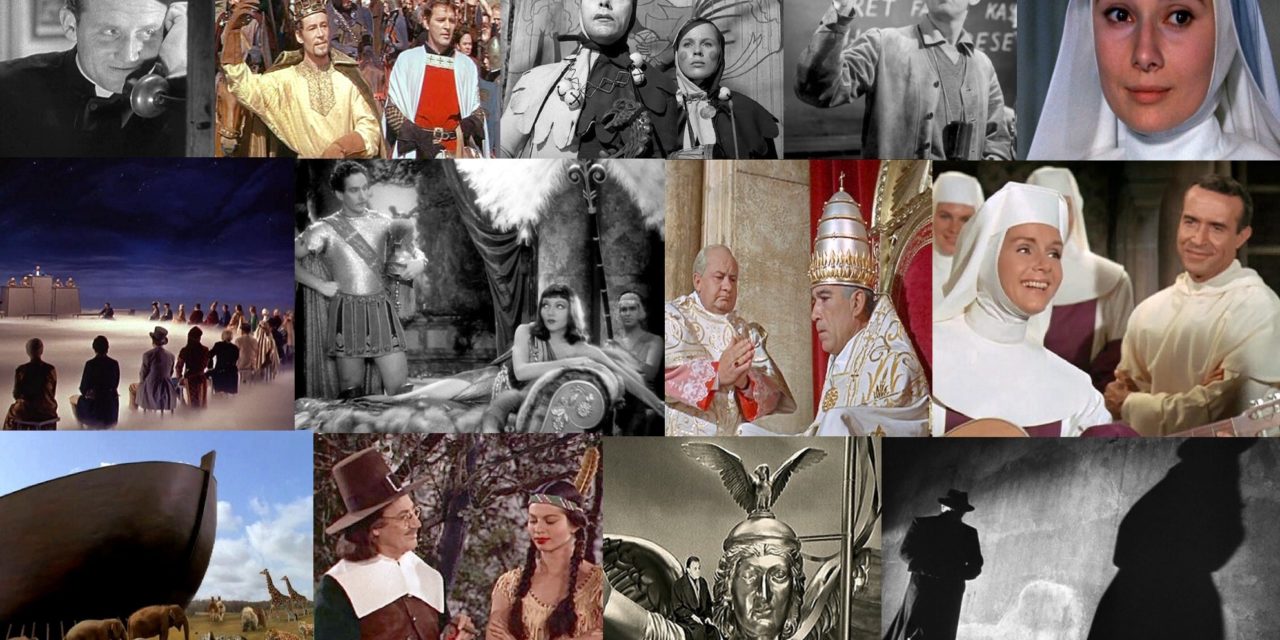 The stars and starlets of the silver screen,
As portents spanning nightly sky,
Reflect the One revealing Truth,
Like Gardner, Peck, O’Toole or Sheen,
As characters named Noah, Ruth
Or Damien on Molokai.

Directors differ in their form of art,
From spoof to realistic history,
While casting actors for each part,
For drama, romance, comedy,
To craft a masterpiece or silly camp,
About a villain, saint or holy tramp.

Curtiz, DeMille and Zefferelli saw
The Bible and the Church with mystic eyes.
They’ve left us wondering in awe
About what meaning scenes might symbolize.
In black and white or color framed,
Their works are critic’ly acclaimed.

Could anyone not stare with both eyes wide
As Moses splits the sea in twain
Or when Longinus pierces Jesus’ Side?
With heartfelt tears, we share Our Lady’s pain.
But when the foe is conquered, we rejoice.
As credits roll, celestial choirs give voice. 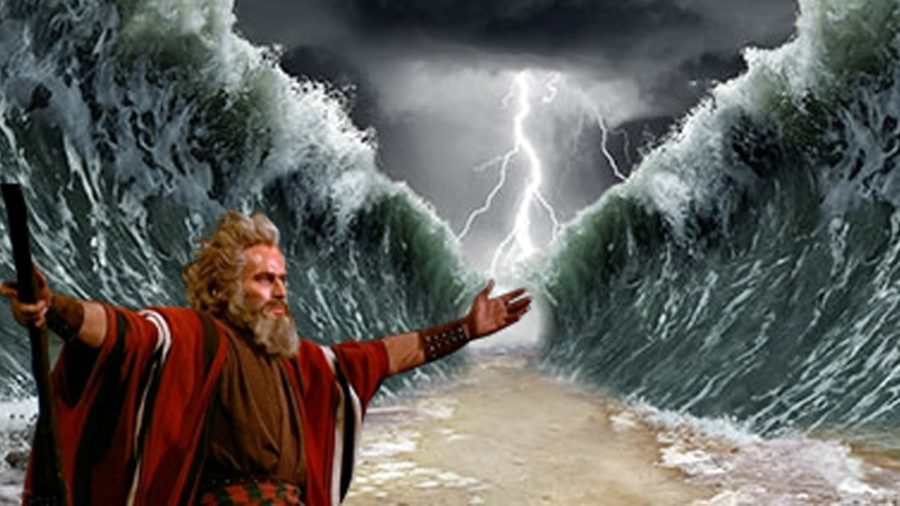 A documentary relies on fact,
But Hollywood, for intrigue and suspense,
Adds fiction, flashbacks, fights and dance,
With casts of thousands to entrance,
Since bare artistic license may attract,
Although archaic costumes make no sense. 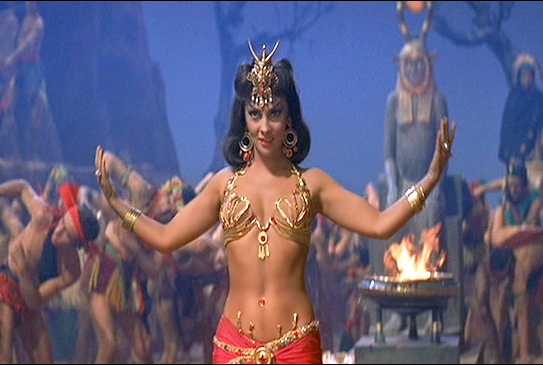 Italian sword and sandal flicks amuse.
To weathered Isaac Jacob told a lie.
For Samson’s strength Delilah’s charms abuse.
The Queen of Sheba seeks the sage but why?
Is she a wily pagan enemy?
Bathsheba in her bath we’re sure to see.

The Lamb of God was offered silently.
Cristeros, though, were not without a gun.
Barabbas, Becket, Ben Hur, we have seen.
Queen Esther and the Hunchback are redone.
Still, Tracy, Quinn and Hayward on the screen
Interpret trying roles with empathy.

Sly propaganda sways the innocent,
With heretics as heroes tried and true,
But trick-photography we see right through.
Their purpose ought to be enlightenment,
Like independent films that edify
Or those of studios whose costs soar high. 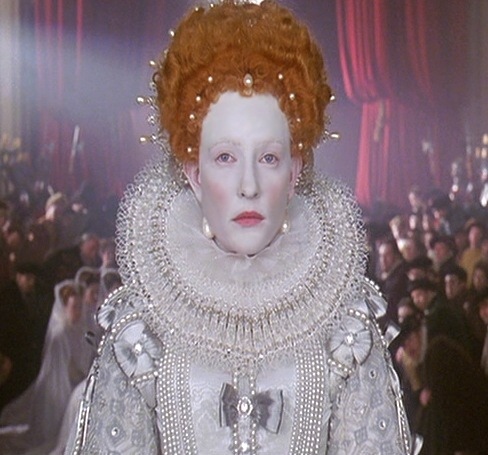 Discernment and a censor’s eye
Can separate the wheat from useless chaff,
Yet good and bad can make men cry,
And both might also make us laugh.
In cinemas, therefore, we often find
Religious folk of every mind. 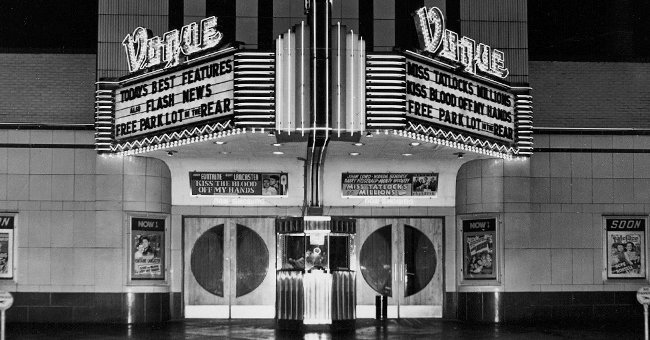