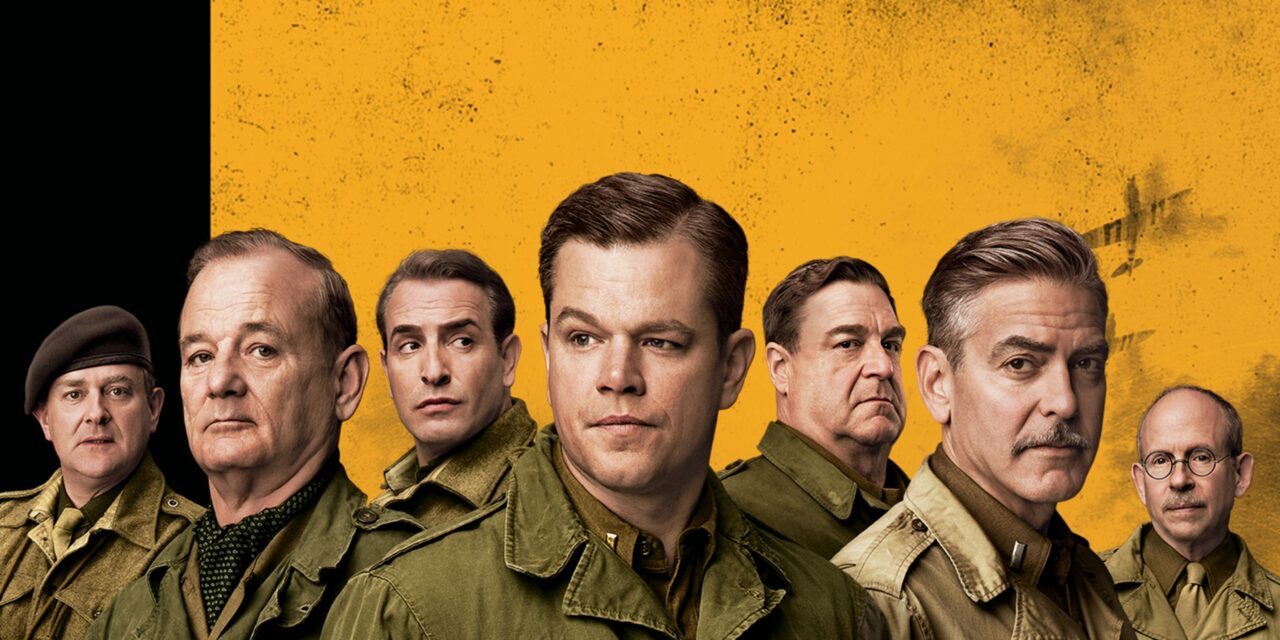 Starring George Clooney, “The Monuments Men,” chronicled the efforts of 345 men and women from 13 nations who volunteered to recover works of arts stolen by the Nazis. Created in 1943 by an act of Congress and the support of President Roosevelt, this mix of soldiers and commissioned scholars, including museum directors, art historians, and architects risked their lives to protect monuments and return priceless works of art and books to their rightful owners.

By 1951 they had facilitated the return of over 5 million stolen objects to their owners — many, however, were never found. Only one-tenth of what was taken from Poland was ever recovered.

If you, my reader, had the chance to volunteer for such a mission, would you have accepted it?  Would you have considered risking your life to save a masterpiece by Leonardo da Vinci or a rare illuminated manuscript of the Gospel of John from the Middle Ages?

Robert M. Edsel, a wealthy businessman from Dallas, became intrigued, obsessed really, with the story of Nazi plundering and the men and women who volunteered while WWII was still raging. Edsel’s books and his Monuments Men Foundation have resulted in books, films, and public awareness of a story that has still not reached its end, and probably never will.

In February 2012, customs officers found 1,400 works of arts, including paintings stolen by the Nazis, hidden in a Munich apartment.

The Monuments Men, based upon a book co-authored by Robert M. Edsel, should be seen in conjunction with the 2006 documentary he co-produced, “The Rape of Europa.” Based on a 1994 book by Lynn H. Nicholas. the documentary is curiously more compelling than the recent film. Whereas the film is a dramatic retelling of the recovery operation, the documentary shows the systematic plunder of artwork from museums and galleries across Europe, especially from the Jews.

One story from Edsel’s book speaks, as they say, volumes — he writes about interviewing one of the last surviving Monuments Men, 98-year old, S. Lane Faison Jr. During the interview, Faison, who knew about Edsel’s colossal effort, asked him why he thought art was so important. Edsel answered by quoting a sentence carved into the stone entrance to a Budapest museum: “Ars longa, vita brevis,” translated, “Art is long, life is short.” Faison then told a stunned Edsel those were the words that would be on his gravestone. Faison died two weeks later.

The reader might now be thinking, “One human life is more important than rescuing the Mona Lisa.” After seeing The Monuments Men and The Rape of Europa, you might think twice about that. Both films testify to the myriad ways that art and humanity are intertwined – that our identity, values, and historical memory are stored in the works of art we esteem and protect.

The French so loved the works in the Louvre that they completely emptied it in advance of the German occupation in May 1940. Thirty-seven convoys of eight trucks each took the entire collection to castles and estates all over France. Paintings were moved from place to place to avoid detection. Individual paintings like the Mona Lisa, as well as complete art collections, were assigned curators for the duration of the war. The art of the Louvre survived intact.

The great Hermitage museum in Leningrad sent one million of its treasures to Siberia, and the staff lived in its cellars during the long German siege of the city, prepared to fight hand-to-hand to defend the remaining collection.

Adolf Hitler aspired to be a painter, and he became a tyrant. As a painter he was mediocre, but his understanding of art’s power was second to none. Hitler knew that conquering Europe would require more than war; it would call for a complete domination of the culture, especially its art and architecture.

Long before coming to Paris for his first visit, Hitler and the Gestapo, especially Hermann Goering, had been stealing whatever art they wanted from Jews in Germany and Austria. Every Nazi leader had an art collection, often numbering in the thousands of pieces. Some of the modern art was burned for being “decadent”; some went into Hitler’s and Goering’s vast private collections; others went to the new House of German Art built in Munich to the Fuhrer’s own specifications.

The documentary footage of Hitler’s blitzkrieg of Poland shows the deliberate razing and torching of Poland’s cultural treasures. Warsaw’s Royal Castle, the symbol of Polish identity, was plundered but not initially destroyed (the Italian allies protected it): It was drilled with holes throughout, where sticks of dynamite were inserted and used to intimidate the populace into submission.

It didn’t work, and when the Poles attacked the German occupiers during the Warsaw Uprising, Hitler’s original order to destroy the castle was carried out. It took 30 years for the Poles to rebuild the structure out of the powdered rubble that remained after the war.

In Krakow, great care was taken to protect the famous altar at St. Mary’s Church, built over 19 years by sculptor Veit Stoss. When it was dismantled and shipped to Berlin, the Poles of Krakow complained that they “could not pray without it.” But the Germans considered the altarpiece “German,” and “all German art should be brought back to Germany.”

One of the Monuments Men, Rose Valland, played in the film by Cate Blanchett, put her life on the line to return art stolen from French Jews. The Nazis housed their looted paintings at the Jeu de Palme, where Valland worked as a secretary. Not disclosing her knowledge of the German language, she secretly kept a diary cataloguing 16,000 paintings, their owners, and their original homes.

When they started losing the war, what the Nazis could not haul away they simply destroyed. Before leaving Florence, they blew up all the magnificent medieval bridges except the Ponte Vecchio. The bridge across the Arno where Dante first saw Beatrice, Ponte Santa Trinita, was reduced to a pile of stones. In their retreat out of the Soviet Union, German soldiers stripped and vandalized the country estates of Tolstoy, Dostoevsky, and even the Russian national poet Pushkin.

One moment from the documentary stands out: ”I lost all my family memories,” said one Jewish man who was detailed to the warehouse where he helped pack the 22,000 items, stolen from French Jews, for shipment to Germany from Paris. The only member of his family not sent to the camps, he saw his own family’s possessions arrive in the warehouse one day for transfer out of the country. Hoping not to be noticed, he grabbed a suitcase and filled it with photos only to leave it all behind when he escaped to freedom.

The great works of art, as well as other property stolen by the Nazis, are still being returned to the descendants of their original owners. And as these grandchildren receive once-lost paintings into their hands, “life is created from art again.” Or as is written on the headstone of Monument Man, S. Lane Faison Jr. — Ars longa, vita brevis.
The National World War II Museum in New Orleans announced Jan. 23 that the Monuments Men will have their own gallery in 2016 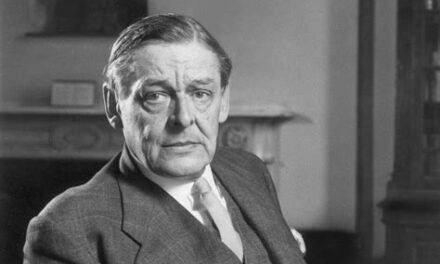 A Parable About Beauty