Donald Trump spoke at Liberty University this week—not the first presidential candidate to do so. Ted Cruz and Ben Carson showed up last year, as did Jeb Bush before he announced. And there was Bernie last fall.

Liberty’s Vines Center, which holds about eleven thousand max, was full for both Cruz and Carson, but even two hours before Trump’s scheduled appearance, the cars, and crowds were flooding the campus even in twenty-seven-degree weather.

Did I get in? Not a chance. But I watched it online. And besides, barring the yuuugely unpredictable, Trump’s speech was guaranteed to be, well, predictable.

We’re often told Trump’s “events” are not stump speeches. Perhaps so, but they’re beginning to sound every bit as scripted. We know the hooks by now: he will make American great again; he doesn’t know whether Ted Cruz (though he likes the guy) is a natural-born citizen; Hillary is a disaster; he’s going to build a wall and make Mexico pay for it; the media is a bunch of jerks; China is ripping us off; he’s angry.

And if I’ve missed any of the Trumpisms here, supply your own.

Nevertheless, I’ll admit that in the lead-up to Iowa, Trump has backed up the populist phrases with real substance. He has remained overall consistent in his opposition to the Trans-Pacific Partnership, and, wall or no wall, he’s tapped in to legitimate fears about immigration and American jobs.

In addition, if Larry Kudlow is to be believed—and I’m not going to ignore him—Trump’s tax plan is superior to Cruz’s and Rubio’s very good proposals. On foreign policy, he’s honestly reminded voters that he opposed meddling in Iraq, but that he never would have pulled out the way Obama did, or dealt so lamely with Syria, creating the vacuum ISIS has filled.

Yet Trump’s substance on policy is small potatoes to the Trumpomaniacs, Trumpkins, or whatever they’re called this week. The only thing that seems to impress Trump’s followers is the man himself: the tough customer, the man who tells it like it is, the man who will get things done. Nobody owns him because he’s rich and can pay for his own campaign; he’s no Washington insider, no establishmentarian, no anything, no nothing.

John Hinderaker, (b. 1950) is graduate of Harvard Law School.

A small instance of how a Trumpomaniac thinks may be found in a radio exchange from last week. John Hinderaker of Powerline hosted the Laura Ingraham Show after the latest debate, and, among other things, he stated that he felt Trump had not really faired all that well against his rivals—mainly Cruz and Rubio—and went on to stress to various callers Trump’s lack of real conservative principle.

One caller in particular impressed me. From what I could tell, she was far from a crackpot; she sounded intelligent and typically American, but her words summed up what Trumpomania is all about. Clearly having listened to Hinderaker’s critique of Trump, she began her call with an interesting charge: “Why is it that every time you come on the show you’re on the other side?”

What “other side” did she mean? John Hinderaker’s politics aren’t really a secret, but if they had been, his views broadcast that day would have established his conservative credentials: his suspicion of both power and demagoguery; his love of limited government; his insistence on responsible foreign policy dedicated to American interests. In other words, views not unlike our Founding Fathers’ of whom I think he knows not a little.

For the last sixty to seventy years, the American political scene has been defined by the opposition of conservatives and liberals, of John Hinderakers against, for example, Matt Yglesiases. But if the words of Hinderaker’s caller-critic highlight one basic phenomenon, it’s that the old war of right and left, a contest of opposed ideas about man applied to the nature of government and policy, has evaporated, replaced by a vague we-versus-they donnybrook, Trumpomaniacs-versus-everybody-under-the-sun politics. “We” are who we are because of our infatuation with a personality. Hence, if John Hinderaker is not for Trump, he’s on the “other side.”

Trump is, simply put, a celebrity, a star with a bundle of ideas du jour, which he may really believe; but to many and quite possibly the overwhelming majority of his “fans,” a flip-flop or two won’t mean a thing. Even if Ted Cruz and Marco Rubio agree with Trump on ninety percent of the issues and have more principle and genuine statesmanship in their little fingers than Trump has in his whole body from the tips of his toes to the top of his notorious head of hair, they fall short because they’re not the man.

After eight years of Obama, Americans ought to have had it with false messiahs: corrupt politicians who dazzle the electorate with their irresistible charisma. But a new star has risen whose past and principles are mere irrelevant details. Trump, the capitalist-crony par excellence; Trump, the king of eminent domain; Trump of the bankrupt casinos; Trump, contributor to Hillary’s senate run—none of that counts.

But he’s not a man of a thousand faces; he’s got just one, and that’s all he needs: adored by millions of starry-eyed followers who aren’t going to worry about the missing philosophy behind a handful of issues.

The crowd at Liberty was, to their credit, polite, and, happily, restrained. God willing, that’s a sign of returning sanity. 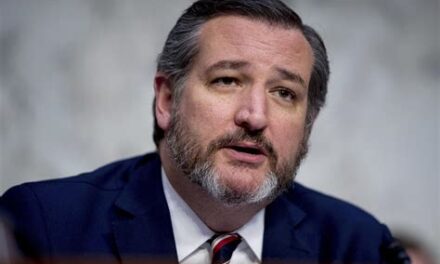 Democrats Have Become the Party of the Tyrant State