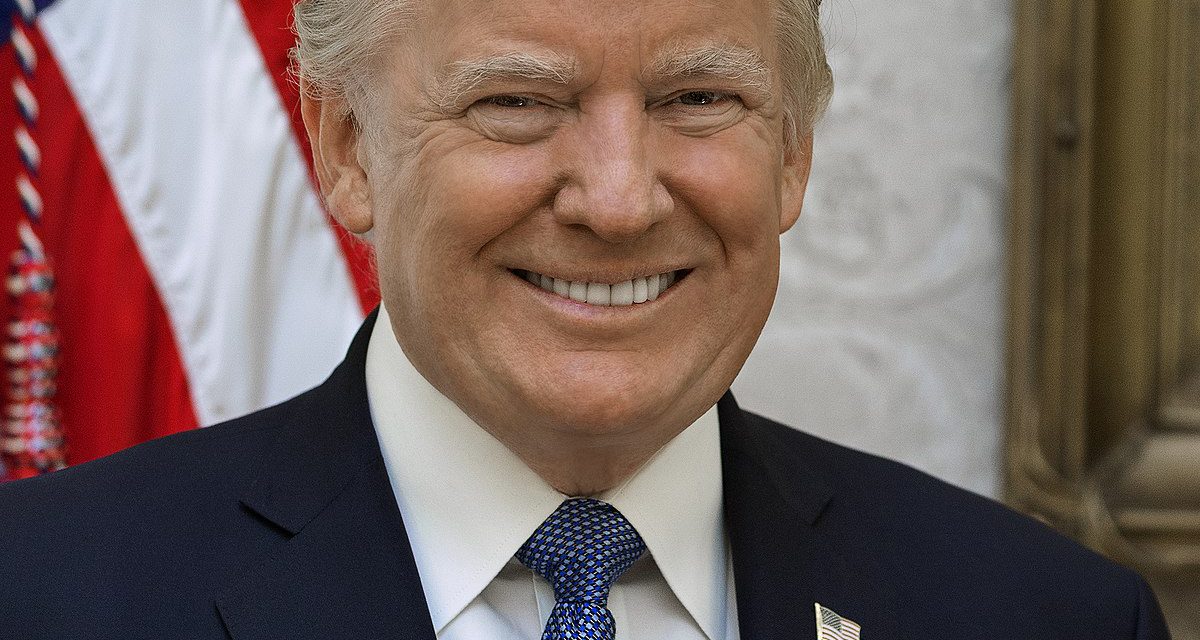 In 1972, Dudley Pope wrote The Great Gamble: Nelson at Copenhagen, a fine example of military history. To borrow Wellington’s succinct assessment of Waterloo, Copenhagen was “the nearest run thing you every saw in your life.”

A tough battle it was. At the crisis, when the Danish battery was giving the British squadron under Vice-Admiral Nelson all it could take, Admiral Sir Hyde-Parker signaled Nelson that he might withdraw if he saw fit. The thing British schoolboys remember—or once remembered—is Nelson’s reaction. On seeing the signal, he famously said to his flag-captain, “You know, Foley, I only have one eye—I have the right to be blind sometimes.” And, holding the telescope to his blind eye, he sardonically continued, “I really do not see the signal!”

Nelson, indeed, pressed on and won the battle. But as Patrick O’Brien once recollected, there was only one Nelson.

The week before the Iowa caucuses, Donald Trump decided to forego the last Republican debate, which, as it happened, was the only debate held in Iowa. Last Monday night before the caucuses began, pundits on television and radio were praising Trump’s brilliant maneuver. There he stood, like Nelson, telescope to his blind eye: he didn’t see the signal.

But when the results rolled in—happily very quickly for those of use who like an early evening—the tally was Cruz 28%, Trump 24%, and Rubio 23%. The near run thing was between Trump and Rubio; Cruz was the clear winner. In the final analysis, Trump, the “great man,” was lucky to finish second.

As Trump might have put it, what the hell went wrong? Hearkening back to Nelson, Trump was standing on the poop of his ship with a telescope to his eye. He was blind in one eye all right, but ship was the Good Ship Lollipop, and the glass was to his good eye—only the telescope was a Coke bottle. Let’s say he didn’t see the signal that plainly should have told him Iowans didn’t quite buy his northeastern chutzpah.

But, then, there’s only one Trump.

The morning-after assessments were, in some cases, risible: Trump didn’t expect to win; Trump had trailed in the polls from the start; Trump was the “winner” in a state he in which he never really campaigned. Laura Ingraham—whom, believe me, I agree with ninety-nine percent of the time (that is, when she’s not praising Trump)—declared that Trump had performed beyond expectations although she was somewhat reticent about the fact that she predicted a Trump victory twenty-four hours before the inconvenient defeat became hard, undeniable fact.

And Laura wasn’t alone. More than one media pundit insisted that Trump had done better than expected.

But let’s get things straight. It almost (almost!) goes without saying that the media, some conservative and some liberal, were predicting the same thing before Iowans enlightened them: Trump was the inevitable victor. Contrary to what we were told the day after, Trump led the polls in Iowa eighty percent of the time, in most cases handily, from the August 4th when he passed Scott Walker to the fateful night of the caucuses. Ben Carson took the lead temporarily in October—by as much as seven or eight points—as did Cruz from December 12th to January 12th.

But after January 14th to the end, according to realclearpolitics.com, Trump was in command—or, recalling Nelson, on the poop deck—as he had been for so long. And, as many who followed the campaign cannot help remembering, he bragged about it. “Just look at the polls!” he bellowed.

Maybe it was the Iowans who missed the signal.

The morning after is always a trial by fire for the losers. Trump apologists are quick to point out that sixty-one percent of the voters chose the anti-Establishment candidates (Cruz, Trump, and Carson). Seems like no contest. I’m not one to disagree because I despise the Boeheners and McConnells of Congress who lied about repealing Obamacare, opposing extravagant spending, and obstructing every “progressive” boondoggle Obama tossed their way. Reviewing those realities, sixty-one percent looks pretty good.

But there are other ways of assessing Iowa. Consider Ted Cruz’s twenty-eight percent added to Marco Rubio’s twenty-three, and what do you get? Fifty-one percent against Donald Trump, that’s what. Add Rand Paul’s five percent—and Rand is assuredly no friend of Donald’s—and it’s fifty-six. The five percent difference from the sixty-one mentioned above seems, to say the least, paltry.

Of course, there are many who would insist that Ted plus Marco plus Rand doesn’t add up. In answer to that objection, I suggest a little recent congressional history. Cruz, Rubio, and Paul stood together in more than one filibuster against the “Establishment”—and bully for them! Their American Conservative Union ratings are almost identical. In case you wonder: 100 for Cruz, 96 for Rubio, and 96 for Paul on twenty-four major votes. The trio tends to score zeros or close to it in the Americans for Democratic Actions ratings. Alas, Trump isn’t listed in either assessment.

Will New Hampshire? I wish I knew. Today Trump has demanded that the Iowa tally be thrown out for reasons that I believe will prove as empty as the man himself. But whatever happens in New Hampshire, Trump’s egotism does not bode well for the projected “sweeping of the table” the man himself predicted just a few days before his disappointing showing in Iowa.

After all, what can one expect of a man who, even with two good eyes, truly didn’t see the signal?

Have Our Shepherds Been Blown to the Ground?