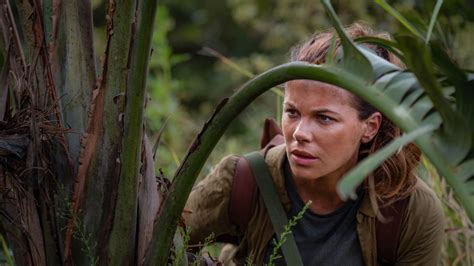 Amazon Prime Originals’ The Widow opens in the Democratic Republic of the Congo (DRC) with an African child, Adidja, climbing climb a tree to “see the whole world.” What was it like? her friend asks. “You wouldn’t believe me if I told you,” she replies. That answer may stand as an encapsulation of the entire plot because after they stroll a few feet, the children pick up their AK-47s and join a group of armed insurgents disappearing into the bush. Hard to believe, but such things do happen.

In Wales—one of many scene shifts—Georgia Wells (Kate Beckinsale) who lost her husband Will in a plane crash three years earlier in the DRC visits an infirmary for a nasty gash. The waiting room TV shows a newsflash of riots in Kinshasa, DRC, where a man wearing an orange cap in back profile appears briefly. Will wore such a cap when he left, and Georgia begins her quest to find him, although friends and relatives tell her to let go.

Next, in Kinshasa, she joins journalist Emmanuel Kazadi (Jacky Ido) whom she met there three years earlier as he waited for news of his wife, and where they spoke to an Afrikaner, Henie Botha, whose brother died in the crash. Emmanuel is skeptical of Georgia’s search until he reviews a second video of the recent riots in Kinshasa showing the man in the orange cap being forced aside by someone holding a gun. Funny thing, he’s “Henie Botha,” an alias for one Pieter Bello who had no brother on the plane and is doing business with the same rebels from the opening scene.

How did Georgia’s beloved Will get involved in such a mess—if indeed he was involved? He worked with a group called DRC Aid; some there have their suspicions that he had become entangled in something other than humanitarianism. Judith (Alex Kingston) who seems intent on blunting Georgia’s efforts tells her, “[People] don’t walk away from their lives and not tell anyone.” In Bosnia once, she says, a section of tree branch was cut down that bore the face of Jesus. Pilgrims started to flock there. “People see shapes and things because they want more than anything to see them . . . ”

Perhaps. But that depends on whether there’s really something to see, including the miraculous. And Georgia, apparently not a religious woman, is looking for that miracle. Anyhow, what Judith knows, whether Will is still alive, and who Pieter Bello really is all remain mysteries as the episode ends.

Is The Widow worth watching? Like a good popular novel, it’s a page-turner. And with seven more episodes, I think I’ll keep turning the page.

Christmas Gifts: Making a Joyful Noise With Three Singers and a Pianist 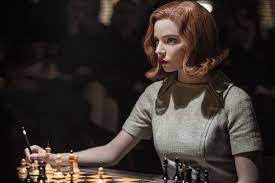