The Loss of Our Republic Began With this Bank

There was a time when students of American history could recite Benjamin Franklin’s famous, post-Constitutional Convention reply to the query, “Well, Doctor, do we have a republic or a monarchy?”

Franklin’s answer was, “A republic, if you can keep it.” Jay Cost’s disturbing and fact-filled examination of what most of us know—that we didn’t “keep it”—is available for anyone to read in his recently published, A Republic No More, Big Government and the Rise of American Political Corruption (Encounter Books, 393 pages).

That many a pundit might pinpoint corruption as the demise of America’s limited republican experiment goes without saying, but Cost has something very specific and interesting in mind when he addresses the specific causes of our political decline. Corruption, commonly a synonym for rottenness or even outright perfidy, is examined in A Republic No More as a much more limited thing; namely, the sacrifice of the common good to the good of “a faction or interest” (p. 303).

This sad development, which Cost plots historically, roughly from the early republic through the economic collapse of 2008, is not exactly a matter of conservative versus liberal principles. Rather, it is much more about the shunting aside of Madisonian constitutionalism in favor of a pressing and, in many cases, worthwhile need.

Madison, as Cost stresses, took for granted the Calvinist doctrine of the depravity of man.

For him the question was never whether man would behave badly but whether a system might be devised to play off competing selfish interests against one another, in essence cancelling their noxious effects and yielding the public good. The separation and limiting of powers was the result, certainly one of the most ingenious constructions known in the history of political theory.

Enter Alexander Hamilton. Where the other founders saw a republic of small free-holding farmers, Hamilton imagined a vast commercial commonwealth. And, of course, he was nothing less than prescient in his vision.

Nevertheless, the goal required finance, and finance required the First Bank of the United States, a corrupt enterprise by definition, not because it was riddled with graft but because it was (A) extra-constitutional and (B) a too convenient tool for speculation, eventually by public men.

Hamilton was not terribly disturbed by any of this; he felt virtuous men could keep corruption in proper check while permitting enough of it to create a dynamic economy.

Right as Hamilton was about the second point, he was dead wrong about the first, the part about virtuous men. And that’s the rub. Not to mention that the Founders, Hamilton among them, were not virtuous. But a new generation would soon rise for whom temptations of power and wealth would be far greater than any of the satisfactions the virtuous life could offer. Soon the opportunities for personal enrichment or political advancement, as Cost puts it repeatedly, at the expense of the public weal would become legend.

The First Bank, a relatively benign institution that accomplished much of what Hamilton wanted, gave way to the Second Bank, eventually a tool of utterly corrupt speculation or stock-jobbing by congressmen and their cronies. And from that point on, there is little to relieve the country (or the reader) from the various schemes that have transformed Madison’s system beyond recognition.

In brief, Cost identifies the major phases of corruption: the national banks, the rise of political parties and bosses, Gilded Age capitalist cronyism, and Progressive bureaucratic sprawl. By the time the reader gets to the shameful panic created through the entrenched mismanaging of Fannie Mae and Freddie Mac, he wants to cry “Enough!”

How did we get here? Much of the blame, Cost insists, rests with Congress, a branch that was entrusted with sole but specifically limited legislative authority yet on a foundation of parochial interests. Almost from the beginning presidents, including George Washington, began adding powers beyond what was originally granted with the effect of what Cost describes as “inverting” the order: “whereas Congress could once only do what the Constitution expressly allows, it is now essentially free to do whatever the Constitution does not expressly forbid” (p. 305).

Yet these ever-expanding powers inevitably point congressmen back to the fountainhead of their success; their congressional districts. Hence, the vast general powers they wield end up serving the parochialism mentioned above. Once that is understood, Bridges to Nowhere, to mention just one minor but notorious boondoggle, are logical consequences of a corrupt system that spends funds for private or local interests that were intended for the general good.

If Everett Dirksen could say, “A billion here, a billion there; pretty soon it begins to add up to real money,” why not a VA hospital here, a military base there, pretty soon it adds up to real corruption? And that’s exactly what it does.

Is there hope? Strangely but not illogically, Cost looks to the example of the Mugwump alliance that fought Grant’s “Stalwarts” and the reform Democrats who resisted Tammany Hall. Combine small-government conservatives with equality-minded liberals, and a coalition dedicated to real, disinterested reform might emerge. It’s certainly something worth contemplating. 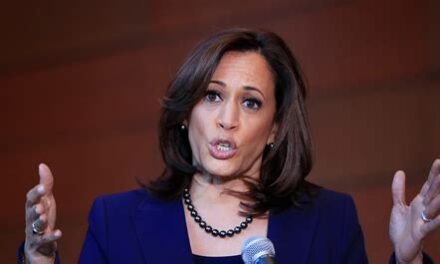 The Knights of Columbus vs. Senators Harris and Hirono.

Widespread Confusion about the Diaconate of the Church 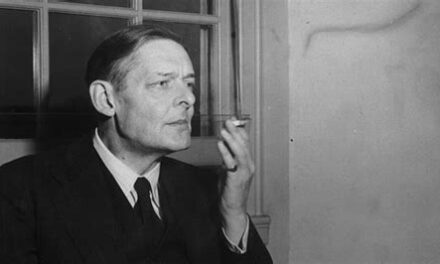