To borrow a thought from the Psalmist, sports and politics have kissed, although it’s really nothing new as anyone who remembers the 1968 Olympics can testify. Colin Kaepernick set the N.F.L. on fire last season when he “took the knee” during the national anthem—the United States’ national anthem, that is. Kaepernick likes to decry the abuses of the U.S. justice system, police brutality, and who knows what else, even as he wears a tee-shirt emblazoned with a portrait of Fidel Castro, the late “presidente” whose Cuban national anthem, one assumes, Colin would hear at full attention.

Of course, I’m not going to say anything about Cuba, its crushing totalitarianism, and its notorious racism. Jay Nordlinger has written at length on these matters, and Colin, provided his U. of Nevada degree made him sufficiently literate, can read all about them in his spare time, something he has as he waits for some desperate team to hire him.

In the meantime, Kaepernick can bask in his easily-won glory, knowing that if he is not taking a knee anymore, dozens of players—almost entire teams—have followed his example. The Steelers (minus one), the Browns, the Broncos, and even “America’s Team,” the Cowboys dutifully took the knee during the anthem last week. (The Houston Texans, as far as I could detect from a photo, all stood.) And President Trump, revealing his erstwhile-unknown ambition to be commissioner of the league, declared that all the kneelers should be fired.

None of this is news. In fact, the controversy is old enough that one might be forgiven for not remembering when it really started—not with a knee but with “hands-up, don’t shoot.” After Ferguson, almost ancient history, a few N.F.L. teams (notably the Rams, at the time still in St. Louis) and at least one college team, the University of Missouri Tigers ran onto the field with their hands up. Little good it did them; the jury in the case found the “hands-up” claim an outright lie.

Are there genuine reasons for the players’ protests? Without question, instances of police recklessness have occurred, and in many cases, an absence of restraint has resulted in the unnecessary use of lethal force. However, according to a Washington Post report, in the majority police shootings of unarmed males, most are white and by a wide margin.

In an age of gang warfare and drug trafficking, police are under extreme pressure. The fear that anyone they stop, even for a speeding violation, might spell death explains to some degree the edginess many of them feel in the line of duty. Nonetheless, calls for stricter training in the protocols of arrest and greater discipline in the use of firearms are entirely fair. A cop who cannot discern a real threat from a bogus one is, to put it mildly, a public menace.

What this means is that some very cool and knowledgeable heads will have to prevail for better law enforcement to become a reality. That’s another way of saying we’d do much better listening to Heather MacDonald than Colin Kaepernick.

But wait! The drugs, the gangs, and the widely-publicized deaths of both policemen and arrestees are not the root cause of all of those N.F.L. players’ taking of the knee. Jazz Shaw (usually a reliable reporter for HotAir online) has dug beneath the surface of the controversy and found that the real reason for the protests and the attendant media-generated attention is . . . hatred for professional football. However, let’s allow Jazz to speak for himself:

“What we’re seeing is an almost brilliant and concerted effort to damage, if not eliminate, the National Football League . . . Why? Because the activist Left has despised the NFL for years. They hate everything about it. It’s a game filled with big, tough, manly men engaging in the closest thing to warfare you can manage without guns. It’s a game rife with symbolism and, yes… nationalism.”

Jazz will think as Jazz will, but I don’t buy his argument. All of the knee-taking protests may be ill-informed; and with the overwhelming desire of so many under, say, thirty-five years of age to relive the radical sixties, a time they never saw, they’re also adolescent. But that doesn’t mean there aren’t causes for genuine concern about the excessive police force. Hatred of the N.F.L. because it’s a rightwing concern explains nothing.

I have to admit I’m not much for pro football. Except for the Super Bowl, which I sometimes miss, I hardly ever watch it. For one thing, all the loyalty of its so-called fan base is, compared to college ball, suspect. You think not? Then tell me this: How many Colts fans are there in Baltimore these days or Cardinals fans in Chicago? The point should be crystal clear; pro football is a business. A team has its fans, all right, until it moves to a new town; then the fans become fanatical only in their hatred.*

But another reason I hate the pros is their excessive violence, which Jazz Shaw apparently loves. Those concussions he pooh-poohs are real; Johnny Unitas’s inability to get out of bed without help in his post-Baltimore life was too. Trump may want a lot of players fired for taking the knee, but he loves the current viciousness of the game. “Remember Butkus!” he crowed last year.

Talk radio’s Laura Ingraham and her co-host agreed (as if they’d ever disagreed with Trump!) by claiming the point of the game was “to knock the other guy out.” And to think that I imagined football had something to do with running, passing, blocking, and tackling to score points—within rules designed to keep an admittedly rough game reasonable safe.

I guess I was wrong. Because if Jazz Shaw is right, the game with its concussions and paralysis is just as it should be—unless, of course, it’s gotten too safe. Those who have seen the film of Trump’s beloved Butkus drilling Sonny Jurgensen into the ground may rightly wonder how many times that could happen before someone’s neck got broken, but, as Jazz would say, they don’t know what “warfare” is.

It would be refreshing to remember that football is a game, one with some hazards but still a game, and one in which injuries should be minor and few. People used to applaud a player who left the field with an obvious injury. Are we to the point that we now have to actually desire more injuries, more people “knocked out” because that’s the real point of the game?

Colin Kaepernick has a lot of explaining to do for his actions, but so does Jazz Shaw. Each in his way has politicized a mere game. But, please, sports fans, let’s clean it up, let the boys play, keep it in the stadium, and keep politics out. If we don’t, the game may actually become war.

*Editorial comment: Carl Curtis has explained the very reason I stopped being a fan of the NFL decades ago. 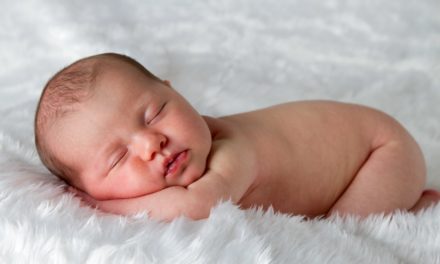