Sean Connery: Much More Than 007

Sean Connery died on All Hallows Eve at the age of ninety, and the predictable eulogies have rolled in, praising him as the greatest 007 (aka James Bond), with a passing nod for his Oscar for The ‘Untouchables.’ In some quarters,  he received accolades for his Scottish patriotism — he was pro-Scottish independence.

Connery was undoubtedly a great actor and, possibly in the best sense, a star. A good or very good actor will always be appreciated, but a star has an ability to—let’s allow this with a slice of irony—unobtrusively dominate a scene. Seeing such a man or woman is like going to a football game and suddenly realizing you’re watching one player alone. So with Connery on film. Take a small role he played in 1962’s ‘The Longest Day,’ shortly before the world heard him say “Bond, James Bond.” As the British (English, Scots, and Northern Irish) land at Sword Beach, Connery as the Irish Private Flanagan makes assorted wisecracks about younger officers and the Scottish bagpiper (“Yeah, it takes an Irishman to play the pipes”). Jeering at the Germans (“Ya dirty slobs) as he jumps from the landing craft, he sinks head-deep into the surf. Comic relief? Decidedly. When I saw it, I didn’t know who Sean Connery was, but the memory lasted.

And then the role that made his career came along. Funny thing: I’ve never seen ‘Dr. No’ and only parts of ‘To Russia With Love’ on TV years after its theatrical release. Same for ‘Goldfinger’ although I did see all of it. My first sight of Bond on the big screen was ‘Thunderball’ when I was fourteen years old. I knew more or less what to expect because I’d seen the Saturday Evening Post spread on it. And what did I expect? Espionage? Aston Martins? No. I expected girls in bikinis, and with the voluptuous Claudine Auger playing “Domino,” I was amply rewarded. After that, I happily bought my ticket for ‘You Only Live Twice,’ but with the exception of the first ‘Casino Royale,’ a 1967 Bond spoof whose viewing returns are, to say the least, diminishing, I haven’t seen another Bond flick.

Even so, for me Connery IS Bond. I just don’t care that much about Ian Fleming’s creation.

However, if to me Sean Connery is not first and foremost James Bond, how do I remember him? Two films stand out, which celebrate Connery’s skill and remarkable masculinity like no others: ‘The Wind and the Lion’ and ‘The Man Who Would Be King,’ both from 1975. The first film is based on a relatively minor historical event, the kidnapping of Eden Pedecaris, an American widow, by the Berber Sultan Raisuli in Morocco during Theodore Roosevelt’s administration. The plots may play fast and loose with history,  but who cares? Connery does what he can’t help doing, filling the screen frame after frame. On one occasion he isn’t even visible, yet he dominates.

In the penultimate scene, his (that is, Raisuli’s) letter to Roosevelt is read in voice-over—and never did a Moroccan sound so wonderfully Scottish: “you are like the Wind and I like the Lion. You form the Tempest. The sand stings my eyes and the ground is parched. I roar in defiance but you do not hear. But between us, there is a difference. I, like the lion, must remain in my place. While you like the wind will never know yours.” Candace Bergen (Pedecaris) and Brian Keith (Roosevelt) are just fine, but it’s Connery that’s unforgettable.

‘The Man Who Would Be King’ is based on Kipling’s famous short story of the same name. It is not 100% faithful, but in the hands of director John Huston, it acquires a classic status all its own. And, of course, it doesn’t hurt that Huston has not only Connery but Michael Caine as well to co-star (not to forget the ever-superb Christopher Plummer as Kipling). Does Connery steal the show? With Caine beside him in nearly every scene, how could he? Still, the film displays a wonderful give and take between these two greats, both in delineating character and creating sympathy for two complete rogues. Connery knows when to let Caine step to the forefront, just as surely as he knows when his time has come to take the lead. Many wondered why ‘The Man Who Would Be King’ was passed over for a Best Picture nomination. So did I, but I marvel at least as much that Connery and Caine weren’t both up for Best Actor.

Will Connery be missed? He was ninety years old and had been largely absent from the screen for seventeen years. But ask anyone—even a stranger—about his favorite Connery role, and almost certainly he won’t give you a blank stare. Sure, he’ll say 007. But, oh, there was so much more to Connery than SMERSH and girls in bikinis—and it’s a legacy to be treasured.

Anti-Semitism With a Fresh Face and a New Flag 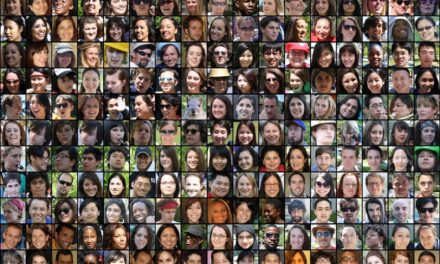