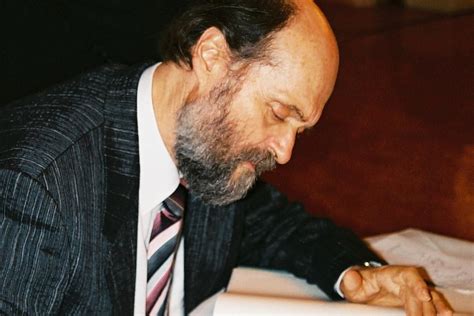 At age 82, Estonian composer Arvo Pärt  is unusual among contemporary composers. A man of deep Christian faith, his faith informs his work. This expression of faith in his work clearly distinguishes his compositions from those of other modern composers, who like him make use of silence, quiet, and text.

The work Pärt is best known for is often liturgical and prayerful. Sources for his work include the Beatitudes, Eastern Christian prayers such as the Trisagion, and the influence of a Russian Orthodox monk and saint, Silouan the Athonite.

For many of us, it is precisely the spiritual nature of his work, as well as his use of Eastern and Western religious sources, that draws us to Pärt’s music. It is the deep spirituality that we have come to expect in recordings of his music.

The four works included in the recent release Arvo Pärt The Symphonies (ECM New Series) are brilliantly performed by the National Forum of Music Wroclaw Philharmonic and conducted by fellow Estonian Tõnu Kaljuste, the perfect interpreter of Pärt’s work.

Some of the music on this recording is unlike that of the works that have gained Pärt his reputation as a Christian composer. Yet this should not deter the listener who seeks the spiritual in Pärt’s music, since the spiritual is here, too, although it is only momentary in the two earliest symphonies.

The first three symphonies contain music that is powerful, muscular, and dramatic. At times, they are romantic and tragic. Throughout these works, there is a building of tension and approaching danger that could be well put to use in a film. Overall, the music of these three symphonies has a different quality from Pärt’s more familiar music, such as the “Ludus” of Tabula Rasa (composed 1977).

These symphonies were composed before the ‘Tabula Rasa” and before Pärt converted to the Russian Orthodox Church in the 1970s: Symphony No. 1 in 1964; Symphony No. 2 in 1966; and Symphony No. 3 in 1971. Symphony 3, considered a transitional work, contains a sense of the silence and spiritual depth that his listeners have come to expect since Part became popular with the ECM releases in the 1980s. Since then, and for the past seven years, Pärt has become the most performed living composer living composer in the world.

The first three of these symphonies belong to the composer’s early period before he began to study the music of the Middle Ages and the Renaissance, which led to his conversion from Lutheranism to Orthodox Christianity. Listening to all four symphonies together allows us to see clearly Pärt’s progression as a composer.

Symphony No. 1 (1964) has a polyphonic structure and makes use of serial techniques. This is not the Pärt that fans around the world have come to love. The music is sharp-edged and abrasive. It serves only to demonstrate how far the composer traveled both musically, spiritually, and emotionally during the next decade.

Symphony No. 2 (1966), only 14 minutes long, is similar to its predecessor with its disjunctive compositional styles and reliance on dramatic chromatic clusters for effect. Shortly after this work, Pärt withdrew from active composing. When he emerged his musical style had become tonal and accessible.

Symphony No. 3 (1971) begins with foreboding followed by a rising toward a transparent majesty. Dramatic horns, as if noting the arrival of a king, open the symphony. The second movement begins softly and has the quality of the silence for which Pärt is known. This is stunningly beautiful music.

The third movement returns to a brief moment of quiet that has the quality of a hymn, which deepens and grows and leads to music that could be of a coronation and a brief moment that is reminiscent of Copland’s great ‘Fanfare for the Common Man.’ Again, this symphony ends powerfully.

Composed in 2008 on commission, Symphony No. 4 “Los Angeles,” is based on the opening and closing prayers of the Canon to the Holy Guardian Angel (Who Keeps Unceasing Watch Over One’s Life), which can be prayed separately, generally at night, or as part of a service such as Compline.

The prayer at the beginning of the canon, a translation is included in the liner notes, asks the guardian angel for strength and guidance. The prayer at the end is a recognition of sinfulness and a call for help.

The quiet, delicate beginning of this symphony is held and developed before it gives way to boldness. The ending of the symphony recalls the soft tolling of a bell. Overall, the symphony balances moments that are suggestive of suffering and the tragic with those that suggest mystery, folk music, the liturgical, and the heavenly.

Pärt dedicated this symphony to Mikhail Khodorkovsky, once thought to be the richest man in Russia. Khodorkovsky spent nine years in prison for financial fraud under Vladimir Putin’s government, before Putin pardoned him. In prison Khodorkovsky, who now lives in Switzerland, became symbolic of political prisoners whose rights have been violated by governments.

The dedication of this symphony to Khodorkovsky seems less significant than Pärt’s use of the Canon to the Holy Guardian as a text. The use of the text suggests that an angel of God, and so God, watches over each of us and protects us. It also suggests our need for divine assistance in this life as well as our need to repent for our sins.

Listeners of Pärt’s music should welcome this recording. Each of these four compositions, as with all of Pärt’s work, is a journey into the heart and soul of a great composer who is serious about his love of Christ and his desire to bring that love into the world through his music and his life.

Joy, Not Fear, Shelters Our Children

Civility in Politics Starts with Honesty