James Comey and the FBI’s Fib

F.B.I. Director James Comey’s announcement to the press (one hesitates to call it a conference) concerning the shenanigans of former Secretary of State Hillary Clinton and her infamous “home-brew” server may go down in legal history as something of a marvel. One might have expected a simple statement that, after careful examination, the bureau had determined the Mrs. Clinton was guilty of no infraction of government laws or regulations. By the same token, one might have anticipated a point-by-point enumeration of crimes and misdemeanors.

How on earth Comey managed both has set heads wagging throughout the political world. We’ve all viewed commercials about a new wonder drug for sinus or some other ailment. The ads invariably and, I suppose, legally must end with a disclaimer reciting all of the possible side effects: headaches, excessive bleeding, palpitations, constipation, diarrhea, and so forth. Whenever I see one of these advertisements, my standard joke is, this medication may cause constipation, diarrhea, or both simultaneously. Comey’s announcement is the political version of constipation and diarrhea simultaneously—and, if Hillary gains the White House, without remedy.

“I don’t get it. The director came on stage and promptly enumerated a series of pertinent facts and findings regarding the case. Did Hillary fail to maintain sensitive and, as Comey admitted, classified information on a secure government server? Did she receive and transmit classified information from and to other parties? Did she know what she was doing? Was this, as the federal penal code and venerable English legal tradition puts it, ‘grossly negligent’?”

The answer to all of these questions was, if plain English and straightforward logic mean anything, yes. From all appearances, that was the conclusion of the F.B.I.’s investigation. Naturally, Comey hedged a bit:

“Although there is evidence of potential violations of the statutes regarding the handling of classified information . . .” (my italics). He might have stopped right there. If the evidence of “potential” violations exists and is sufficiently strong, it’s the business of authorities to determine whether the “potential” was real. That means a grand jury for starters.

And the more Comey talked, the more potential wrongdoing metamorphosed into reality. The server was a concrete fact, as was—in Comey’s words, not mine—the exchange of “classified information.” The icing on the cake—maybe the cake itself, icing and all—was his declaration “that in similar circumstances, a person who engage[s] in this activity . . . [is] often subject to security or administrative sanctions.” Hmm. “Similar circumstances” such as General David Petraeus’s?

However, the concessive “although” proved to be crucial. Comey added, “our judgment is that no reasonable prosecutor would bring such a case. Prosecutors necessarily weigh a number of factors before bringing charges. There are obvious considerations, like the strength of the evidence, especially regarding intent.” Minds much better versed in American jurisprudence and especially Federal statutes know more about this than your typical layman, but from what I’ve been able to glean, “intent”—even if I’m not alone in believing Hillary knew exactly what she was doing—is not the issue here but the matter of “gross negligence.” If that’s not what Comey had in mind when he used the phrase “extreme carelessness,” he ought to have clarified the distinction. “Gross negligence” in the handling of classified information is, for the record, a felony according to the now famous 18 United States Code 793(f).

Would “no reasonable prosecutor” have brought such a case to trial? Perhaps Comey’s conclusion in the affirmative is the key here. For who, broadly speaking, would the prosecutor have been if not the Attorney General Loretta Lynch or one of her surrogates?

The AG has been in the news lately for her “accidental” meeting with Hillary’s husband Bill—so accidental that he had to wait a number of minutes for her plane to arrive that for the accident could happen. The former president and, as far as most of us knew at the time, potential witness in his wife’s case, as well as being the possible subject of a DOJ investigation regarding the strangely lucrative dealings of the Clinton Foundation, landed in Phoenix, de-planed, and strolled into the AG’s plane as the F.B.I. instructed reporters not to photograph or question anyone. And we’re supposed to accept that this “chance” meeting, as Lynch explained subsequently, was nothing more than a couple of friends sharing pictures of their grandchildren?

For many reporters, pundits, and lawmakers the “accident” was bad “optics”; for others it was, as Andrew McCarthy and David Harsanyi reminded their readers, the “appearance of impropriety.” Read the event as you like, but Comey may have concluded that some form of DOJ impropriety ultimately would sink any attempt to bring Hillary to rights.

I’ll admit I’m giving him the benefit of the doubt on this one. Comey will testify before Congress concerning the email scandal tomorrow. What we find out then may help us understand more about the investigation and about the F.B.I. director himself, whether his peculiar conclusions about Hillary’s activities were a matter of his own “gross negligence” or willful intent for good or ill.

Dr. Carl C. Curtis III is a Contributing Editor at TCR and professor of English at Liberty University in Lynchburg, VA. Dr. Curtis is a graduate of Texas A & M University with a B.A. in History in 1974, and the Institute of Philosophic Studies, University of Dallas where he received both his M.A. n 1981 and his Ph.D. in Literature in 1986. He teaches the works of Chaucer, Shakespeare, Milton, Home, Virgil, Dante, and cinema studies. Among his publications are articles in Chronicles, Christianity and Literature, and Literature/Film Quarterly. He is married and the father of two daughters. 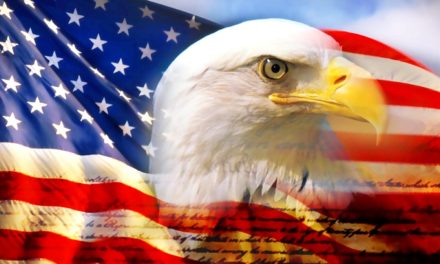 Message to Congress — Quit When Your Time Is Up!