David Brooks Doesn’t Understand Love (But Who Does?) 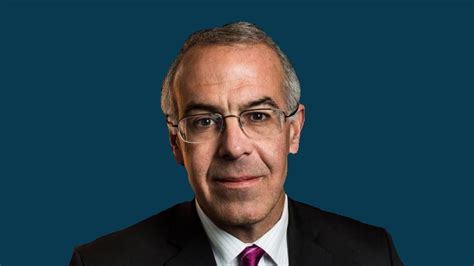 David Brooks offers an interesting, and mostly correct, critique of the Pope Francis’s new encyclical, Laudato si‘, in his column, “Fracking and the Franciscans.” Brooks correctly points out:

“You would never know from the encyclical that we are living through the greatest reduction in poverty in human history. A raw and rugged capitalism in Asia has led, ironically, to a great expansion of the middle class and great gains in human dignity.”

He adds another important corrective from the encyclical: Pope Francis ignores the fact that environments in “many parts of the world . . . are getting cleaner.” Brooks argues that “the race for riches, ironically, produces the wealth that can be used to clean the environment.”

But what Brooks gets wrong is just as important:

“Hardest to accept, though, is the moral premise implied throughout the encyclical: that the only legitimate human relationships are based on compassion, harmony and love, and that arrangements based on self-interest and competition are inherently destructive.”

Brooks makes a fundamental error in contrasting love and compassion with self-interest. Self-interest, properly pursued, ordered by virtue, is part of love itself, the seeking of the good for oneself and the other, both belong to the common good.

The divorce between love and self-interest was an invention of Immanuel Kant in The Metaphysics of Morals (1785) and created an enduring, and unnecessary, incompatibility between self-love (eros) and love for our neighbor (philia) and love for God (agape). The natural love for one’s own well-being is God-given, as in the reason and grace that enables that self-love to rise above itself to include others and the Creator himself.

If that sounds too theological, recall the “inalienable right” to the “pursuit of happiness” in the Declaration of Independence. Jefferson and company would hardly have included such a notion if it was devoid of being guided by virtues such as love and compassion. The happiness the Founding Fathers had in mind was not that of Aristotle and Aquinas, but it was a happiness achieved by virtuous action, including one called “love.”

Prior to Kant, extreme self-interest was called many things — pride, envy, avarice, lust. Any of the Seven Deadly Sins are forms of excessive self-interest, but these sins were all perversions of properly ordered love; love of self, neighbor, and God.

Adam Smith himself did not treat “self-interest” as an economic principle that can be invoked independently of human morality. His Wealth of Nations (1776) should be read side by side with his earlier Theory of Moral Sentiments (1759) to understand the importance Smith places education in the virtues for economic development.

Apart from the Founding Fathers and Adam Smith, Brooks ignores the Catholic tradition of moral theology that views the virtues as fundamental to the moral life. They are the “moral premise” of Catholic thinking.  When the Holy Father calls for “love and compassion,” he is not dismissing self-interest — the need of any individual to pursue life’s goods. Rather, the Pope is calling for self-interest to be ordered towards the common good through the practice of virtue.

This past spring Brooks published a book on the virtues, The Road to Character, which I have not read. Brooks’ reading of Laudato Si‘  makes me wonder if he paid much attention to the development of virtue theory from the Middle Ages to the Founders.

Kant, writing a generation after the Founders, seems to be a guiding influence in his thinking, judging from his comment on Laudato Si‘.

Author’s note: It occurs to me that Brooks may be accusing Pope Francis himself of making the mistake described above.  But the text of Laudato Si’ is squarely within the Catholic theological tradition of relating human desire via the natural and supernatural virtues to the common good and God. Anyone interested in pursing the textual evidence for my argument can find it in my history of the idea of happiness — Happiness and the Limits of Satisfaction; Rowman & Littlefield, 1995.