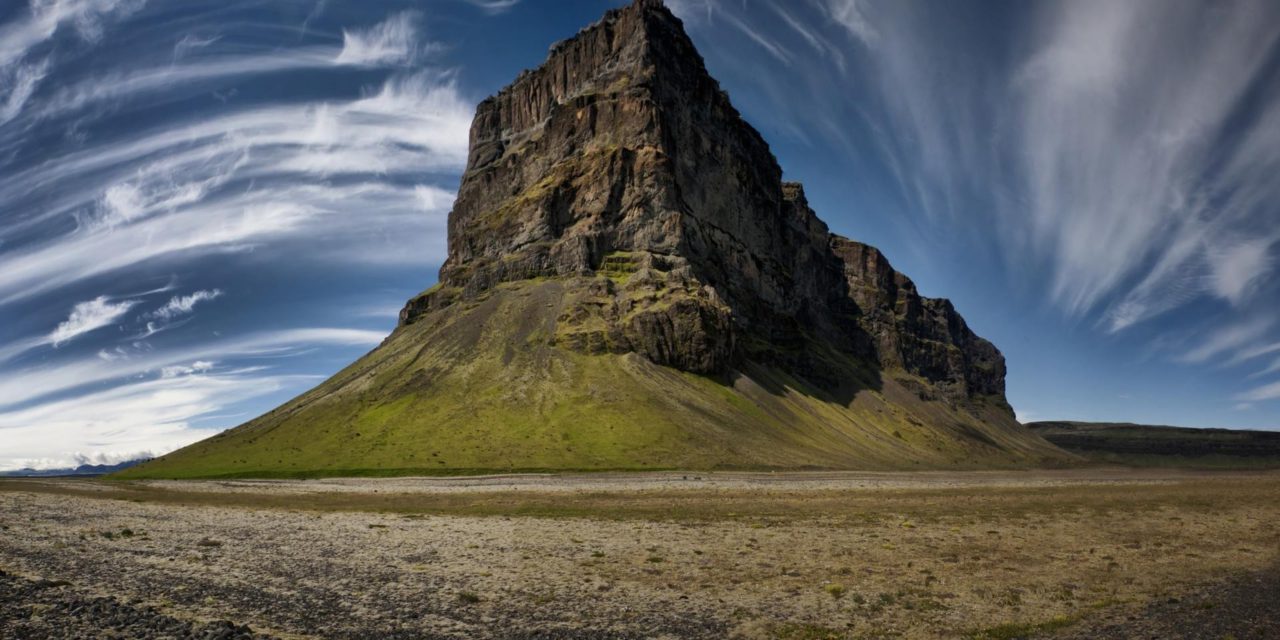 What did Fyodor Dostoevsky mean in The Idiot (1869) when one of his characters asserts, “Beauty will save the world?” Taken at face value, it’s a claim that beauty plays a role in the salvation of us all. It also contains the implication that the culture surrounding us, as the platform where much of the world’s beauty is displayed, fits into a plan of salvation for all human beings.

There are quite a few Christians, of all denominations, who would respond to both claims with skepticism, if not outright denial. Beauty, they would say, is more like the road to ruin than the path to God. With beauty comes attraction to what may be destructive, especially to the lower appetites, as they used to be called. To be an aficiando of beauty, it is to be “carnally minded” (Romans 8.7-7).

I call these skeptics the “religious despisers” of beauty. I’m reversing the approach of the well known book On Religion: Speeches to Its Cultured Despisers (1799) by Friedrich Schleiermacher. Those cultured despisers of religion still exist, of course, but it’s the despisers of beauty, motivated by religious earnestness, that need to be called out. They are evidently unaware of, or in denial about, the deepest significance of our unquenchable desire for beauty.

These skeptics miss the obvious fact that the experience of beauty is part of everything we do, not just our enjoyment of the arts. They pretend that we are creatures without skin, without eyes and ears. We are creatures enveloped in constant aisthesis or sensation, from which the term aesthetics is derived, or the study of art and beauty. Sensation and the experience of beauty are inseparable, from the everyday appreciation of the world around us — smelling the newly mowed grass in the front yard — to the moments of overwhelming beauty that caused a reorientation of our lives.

Who can count the number of lives changed by first walking into one of Europe’s great cathedrals or seeing one of nature’s wonders, say, the Grand Canyon? Such conversion stories are not merely anecdotal, they can be found in memoirs, biographies, and autobiographies. Think of Wordsworth’s poetic meditation on ascending Mt. Snowdon in the final book (lines 70-77) of The Prelude (1805):

There I beheld the emblem of a mind
That feeds upon infinity, that broods
Over the dark abyss, intent to hear
Its voices issuing forth to silent light
In one continuous stream; a mind sustained
By recognitions of transcendent power,
In sense conducting to ideal form,
In soul of more than mortal privilege.

Perhaps the reader has been alongside others in a museum, in a concert, a film theater, and felt the collective submission to a beauty that overwhelms, like the audience’s silence at the end of a great film. More importantly, who can deny that these experiences uncover an aspiration for living a life that reaches towards such sublimity. The moment, this “more than mortal privilege,” often passes and is forgotten, but stories abound of those moments presaging a journey’s beginning, a life’s conversion.

I could recount several such encounters, but one that deeply changed me was the first time I entered the Piazza del Campo in Sienna, Italy, where it is said the Mother of God laid down her cloak to mark its boundaries. I had to lean against the wall while fighting my tears, and for the first time I recognized  how space can be made beautiful not only for the well-being of a city, and every person in it, but also as a finite spatial form manifesting the glory of its relation to perfect Beauty. It changed forever the way I looked at my surroundings, including instilling an impatience with spaces declaring that nobody cares what is spoken here.

There are our moments of ecstasy, meaning we literally move “out of ourselves,” and when we return we are changed. You’ve changed because you now aspire to live in accord with what you glimpsed, the vision of a new, better life has suddenly appeared, and it beckons. As well-known as it may be, the final chorus at the end of Beethoven’s 9th Symphony, the “Ode to Joy,” can serve as a common reference point for many readers. Few pieces of music are so transformative, inspiring aspiration towards lasting friendship among persons and nations, a friendship grounded in the hunger for transcendence. (Please, please watch below)

The Russian novelist Alexander Solzhenitsyn argues that works of art have an advantage over “unadorned concepts” in changing lives. He has in mind the kinds of ideas and concepts used in philosophy, theology, and politics. For example, Aristotle taught me a theory of virtue and vice, but it was Shakespeare who taught me about human nature (and I wish I had paid more attention)!

In his Nobel prize speech, Solzhenitsyn said, “Concepts which are manufactured out of whole cloth or overstrained will not stand up to being tested in images, will somehow fall apart and turn out to be sickly and pallid and convincing to no one.” Works of art, he argues, that are “steeped in truth” and are “vividly alive will take hold of us, will attract us to themselves with great power — and no one, ever, even in a later age, will presume to negate them.”

What is the source of this power? according to Solzhenitsyn, it’s “that old trinity of Truth, Good and Beauty,” the basic transcendental properties of all being and beings. In other words, everything that exists has truth, goodness, and beauty, and they are unified in every being. This is what makes possible, from a metaphysical point of view, for beauty to become an agent of salvation. Solzhenitsyn claimed there were times when beauty did the work of its transcendental counterparts:

“If the crests of these three trees [the true, good, and beautiful] join together, as the investigators and explorers used to affirm, and if the too obvious, too straight branches of Truth and Good are crushed or amputated and cannot reach the light – yet perhaps the whimsical, unpredictable, unexpected branches of Beauty will make their way through and soar up to that very place and in this way perform the work of all three.”

Perhaps beauty will “perform the work of all three.” That’s a line that might make many Christians choke, but if they understood the desire for beauty, they would also understand these things: If someone comes asking about beauty, don’t turn him away. If you meet someone looking for beauty, don’t tell him you only know where to find Christ.

Catholic philosophers consider this oneness a demonstrable fact of metaphysics, unaided by faith. Theology, however, provided the ultimate cause for the unity: the doctrine of creation. When God creates, He shares His being, His existence — an existence that is perfectly true, good, and beautiful. It’s their status as properties across all beings that make them “controvertible,” meaning wherever you meet one you encounter the other.

Those “religious despisers” of beauty would welcome someone they meet who is searching for the good or the true. So why not also welcome those who search for the beautiful? The despisers do not understand that underlying the hunger for beauty is the search for God.

It is God’s beauty that will be seen in the Beatific Vision, the state of eternal happiness where our infinite desire meets the only infinite object: God. As Dante says, at the end of the Paradiso, it is impossible to turn away:

And as I gaz’d, I kindled at the sight;
No Mortal from the glorious view could turn,
Paradiso Canto XXXIII

Our unending delight is found in the beauty of God, in His presence to our souls. Yet beauty is also part of the journey, not just the destination. The Catholic theologian Hans Urs von Balthasar devoted his life’s work to showing how God’s revelation to us has an aesthetic character without which we would not have encountered Him. Through revelation, God made Himself known to us in His Son and in His Church. Von Balthasar writes, “If God wishes to reveal the love that he harbors for the world, this love has to be something that the world can recognize, in spite of, or in fact in, its being wholly other” (emphasis added).

In other words, God had to make His beauty visible to the material eye in order to draw that eye back to the spiritual. God literally lured us back to Himself with the beauty of Christ – a beauty unlike any of the ancient world; a beauty whose chief symbol is the cross. Von Balthasar wrote volume after volume tracing this “Christ-form” of beauty through history, culture, Scripture, and the spiritual life.

If a friend weeps at what is beautiful, don’t tell them they are wasting their tears. If you deny a person beauty, in the name of God, that person may reject Him, He who is beauty itself. If you say beauty belongs to the Evil One, you are aiding in Satan’s most devious ploy.

Instead, Christians should tell these pilgrims that their desire for beauty is as natural to the creature as the hunger for goodness and truth. Tell them that beauty can be the way, and then tell them about the beauty of Christ and His cross.

Even better, Christians should show them the cultural artifacts that Christians have produced to glorify Him – works so great and lasting that they are gazed upon every day by millions who don’t even share the faith that inspired them. This is not meant as a dispensable addendum to faith or to the evangelical witness; the fullness of our Christian witness demands it.

Our unending delight is found in the beauty of God, in His presence to our souls. Yet beauty is also part of the journey, not just the destination.

As Hans Urs von Balthasar wrote in the first volume, “Seeing the Form,” of his incomparable To the Glory of the Lord:

“Our situation today shows that beauty demands for itself at least as much courage and decision as do truth and goodness, and she will not allow herself to be separated and banned from her two sisters without taking them along with herself in an act of mysterious vengeance. We can be sure that whoever sneers at her name as if she were the ornament of a bourgeois past – whether he admits it or not – can no longer pray and soon will no longer be able to love” (emphasis added). 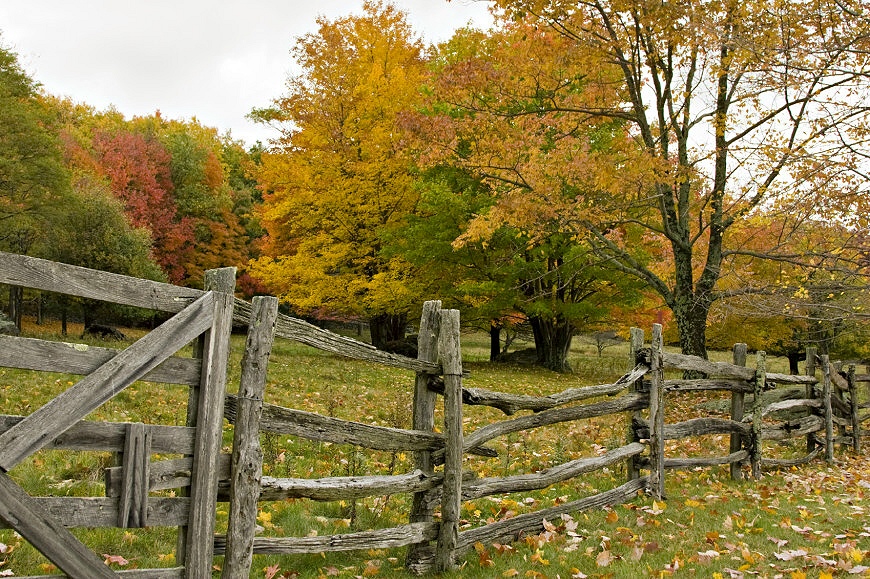