I grow weary of hearing people say, “They don’t make good movies anymore.” Good, even great, films are released each year, but are shown in only a few movie theaters in the US. Those who complain must be paying attention only to what’s showing at the local cinema. There’s a much larger world of movies that, if you are interested, you must seek out to find.

I read film magazines such as Sight & Sound, Cineaste, and Film Comment, and check in regularly with websites such as dvdbeaver.com and dvdtalk.com. The highly-praised films I read about rarely achieve wide release in the US, and can be seen only when released on DVD or Blu-ray or on a streaming channel, such as filmstruck.com, hulu.com, netflix.com, or mubi.com. A rare exception was Academy Award winning, Hungarian-made, “Son of Saul” released in 2015.

A German-Danish film, “The Land of Mine,” was nominated this year for Best Foreign Film but lost to “The Salesman,” an Iranian production. The film directed by Asghar Farhadi* must be extremely good, because it was chosen over “The Land of Mine,” which I would put forward as undeniable proof to any and all skeptics that great films are still being made.

The simple story is based upon what happened to German POWs in Denmark at the end of WWII: 2000 of these prisoners were put to work clearing Denmark’s beaches of over 2,000,000 land mines placed there by German soldiers then occupying the country. This enormous number of mines were buried in anticipation of a possible Allied invasion of Denmark. Over half of the POWS would die or suffer injury removing the mines.

But this film is about more than watching the Germans being forced to risk their lives on the beaches of Denmark. [Spoiler Alert!]  “The Land of Mine” is about the moral, perhaps spiritual, conversion of the hardened Danish war veteran put in charge a small group charged with clearing a section of beach containing over 40,000 mines.

Roland Møller plays Sgt. Carl Leopold Rasmussen who at the film’s beginning appears to be driven by a vengeful hatred towards those put in his charge. With his dog, Otto, at his side, Sergeant Rasmussen humiliates and verbally brutalizes the POWs, making it clear that he cares nothing about their lives, just as the German soldiers who invades Denmark cared nothing for those they killed and maimed.  The Germans themselves are all young, either in their late teens or early 20s. As the camera scans their faces and expressions they bear no resemblances to the hardened, murderous Nazi warriors so often depicted in movies about WWII.

One of the group, Sebastian, played skillfully by Louis Hoffman, emerges as the natural leader. The relationship between Sebastian and Sergeant Rasmussen forms the heart of the film: Sebastian intuits the presence of compassion behind the hostile, volatile exterior of Sergeant. The eyes of the Sergeant himself are drawn to the knowing eyes of Sebastian, which evince both intelligence and courage. When Sebastian insists the Sergeant consider using a device he has made to make locating the mines more efficient, he succeeds in getting the Sergeant to lower his guard ever so slightly.

But the deeper changes to Sergeant Rasmussen occur as he watches his soldiers starving for lack of food and dying one by one on the beach. Against the orders of his superiors, he steals food from headquarters for the POWs, earning the enmity of a captain watching scornfully from his tent.

When one of two twin brothers is flown up by mine, the Sergeant clears the cabin of the other prisoners and, like a father to a son, seeks to calm the hysteria of the surviving twin. What Sebastian saw from the beginning is now revealed to all as he gives his prisoners a day off, taking them down to the beach for a soccer game and foot races. However, as they walk back into the dunes towards the cabin, the Sergeant throws a ball to his dog into an area of beach supposedly cleared of mines. Otto is killed by an exploding mine.

One of the telling scenes begins when the Sergeant notices Sebastian pull the cross from around his neck and holds it in his hand asks, “Does that help you?” In response, Sebastian takes it off and offers it to the Sergeant who is intrigued but politely refuses. When Sebastian puts it back around his neck he explains it was given to him by his father. The Sergeant asks whether his father is still alive, and Sebastian’s choking answer, “I don’t know” creates a moment of friendship that sweeps aside the war and all the recalcitrant hatred it left in its wake.

From the beginning, the Sergeant had promised the POWs that after they cleared the beach they would be sent home. However, the commanding officer he had enraged by stealing food takes the remaining prisoners, after they had cleared their beach, and assigns them to another mine clearing operation. Sergeant Rasmussen goes to the officer to ask for their release which is coldly refused.  As he leaves the officer’s tent, his moral conversion becomes complete — he now fully identifies with the suffering and humanity of his prisoners.

We don’t learn the fate of Sergeant Rasmussen after he subsequently directly disobeys the orders of this commanding officer. The final shot of the film is the face of the Sergeant glowing with joy, in stark contrast to the beginning of the film when it was hardened with the hatred of his prisoners. The Sergeant has given them the freedom he promised. We can only assume the Sergeant has accepted the fact that their freedom will come at great personal cost, a sacrifice he is willing to make.

I had not heard of the writer/director Martin Zandvliet (b. 1971) whose two previous feature films, “Applause” and “A Funny Man” were well-received in Europe and on the film festival circuit. I could find no flaw in his film, the camera work of Camilla Hjelm took full advantage of the beach, dunes, sea, sun, and sky, but most of all the superb casting and acting of the central characters. The film score of Sune Martin was appropriately minimalist, never overwhelming the visual narrative presented so masterfully by Zandvliet.

I will be very interested in seeing Zandvliet’s upcoming film, “The Outsider,” another post WWII drama about an American soldier who joins the Japanese mafia, called the Yakuza. I will also be following the careers of Roland Møller and Louis Hoffman, whose performances were both Oscar-worthy.

*There’s little doubt that President Trump’s travel ban impacted the outcome of the Academy’s vote. Asghar Farhadi was unable to travel to Los Angeles for the awards ceremony.

Welcome to the Age of Insanity 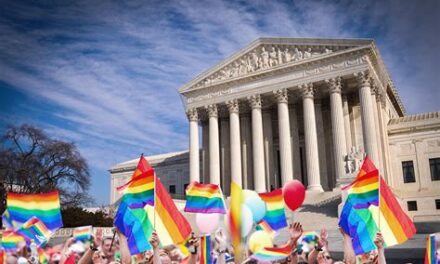