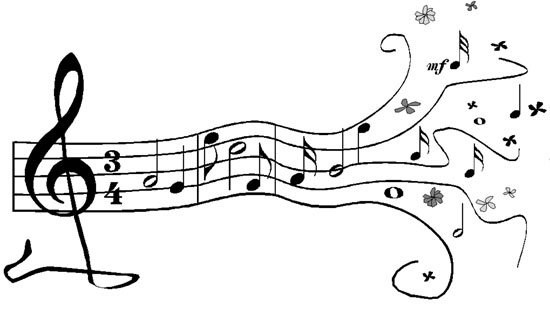 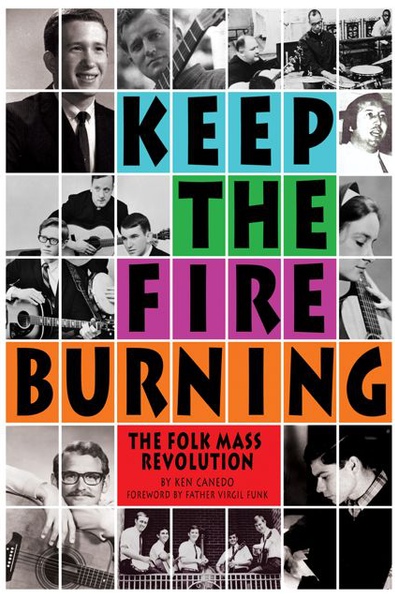 Ken Canedo, a composer whose songs are sung in Catholic churches around the country, has written two wonderful short histories of American liturgical music in recent years.  The first volume is Keep the Fire Burning: The Folk Mass Revolution (Pastoral Press; Portland, Oregon, 2009) and the second is From Mountains High: Contemporary Catholic Music 1970-1985 (2018).  The whole story fascinates me because I lived through it all from the beginning.  I started playing guitar at “folk Masses” as early as 1968.  Psalm 96 tells us to “Sing to the Lord a new song,” and that is what we did. 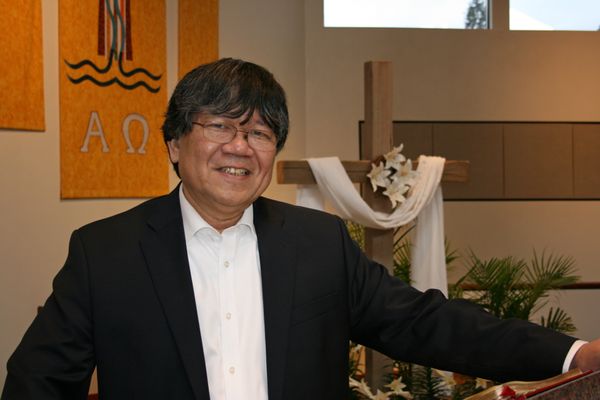 The change to the vernacular and the participation of the laity combined with popular currents in folk music.  This music of the poor sometimes represented activism for social justice, providing anthems for laborers.  The earliest music for folk Masses attempted to imitate the styles of the Kingston Trio, Peter, Paul & Mary, Bob Dylan and Joan Baez, but was generally too simplistic.  Still, young Catholics like myself were excited to be passionately involved in worship for the first time in our lives! 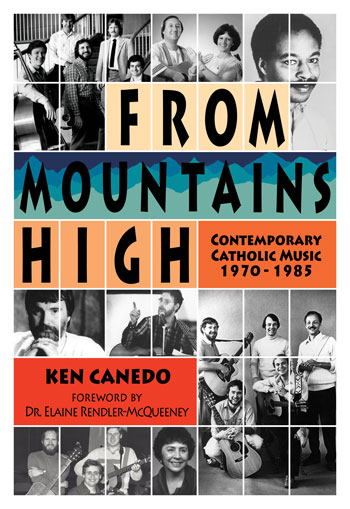 The music of Ray Repp, Carey Landry, Joe Wise, Sebastian Temple and The Dameans made important contributions in the 1960s, but in the 1970s, the Saint Louis Jesuits transcended them.  The quality of composition with biblically based lyrics and the performance of their instruments raised the standard.  We still sing many of their songs after 47 years, like Sing a New Song which was written in 1972.

When God called me to religious life, the albums of the Saint Louis Jesuits were the atmosphere of my early fervor, such as Neither Silver nor Gold in 1974, Earthen Vessels in 1975, A Dwelling Place in 1976, Gentle Night: Music for Advent and Christmas in 1977, Lord of Light in 1981 and The Steadfast Love in 1985.  Playing them again today reawakens my fervor. 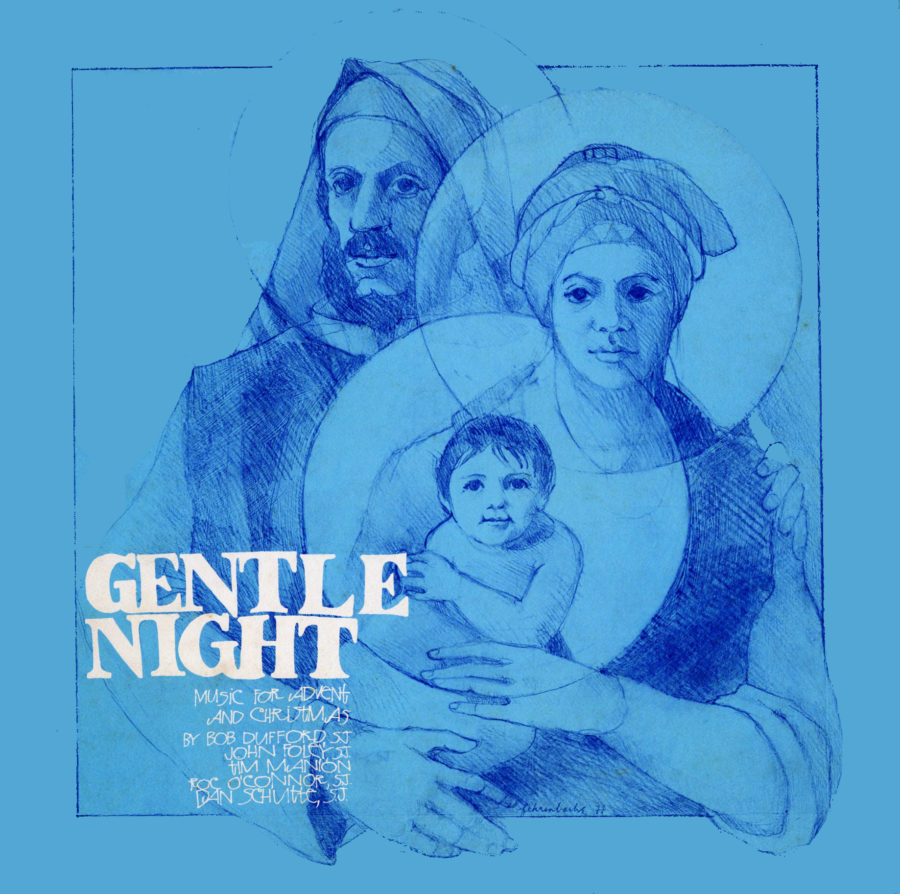 During this period, the monks of Weston Priory in Vermont added a mellow contemplative series of albums.  On the other hand, the charismatic movement added a vibrant repertoire of glory and praise.  Eventually, John Michael Talbot used his extraordinary talent to span the breadth from the monastic style to the most spirited tunes.  Another influence upon liturgical music came from the tradition of Negro Spirituals.

Father Virgil Funk established the National Association of Pastoral Musicians in 1977 and served as its first president.  He was truly inspired by God to bring musicians together at annual conventions to share resources and help each other grow in artistic and liturgical knowledge to enhance worship. 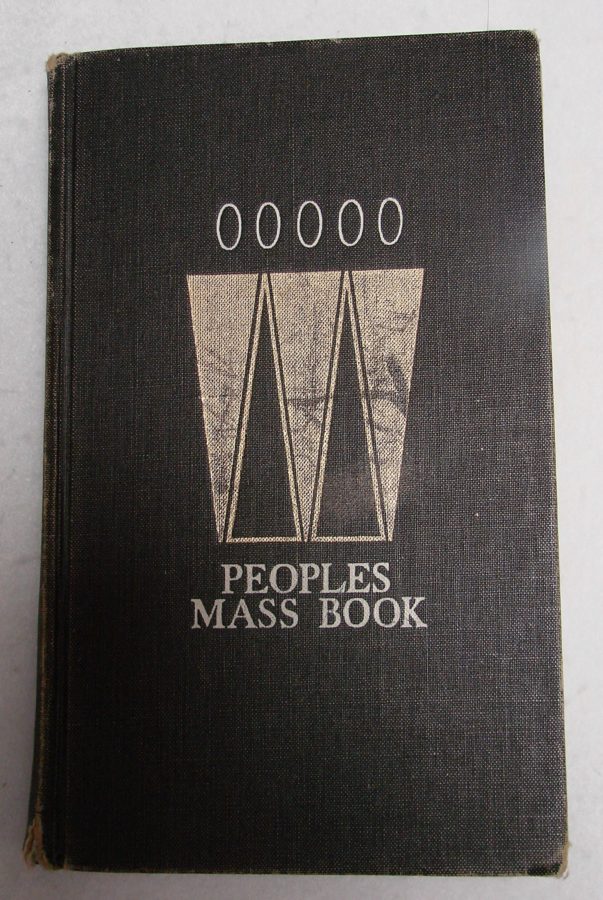 The rise of publishers, from little family-operations to a multimillion-dollar industry, is a sign of the vitality of that generation.  Evangelical Protestants have since taken that industry to another level.  Hymnals or recordings were produced by J. S. Paluch, World Library Publications, G.I.A. (Gregorian Institute of America), N.A.L.R. (North American Liturgy Resources), F.E.L. (Friends of the English Liturgy), and Oregon Catholic Press.  Each cut a different segment of the market, whether traditional hymns for organ and choirs, folk style or a broader collection.  Success and failure, however, led to acquisitions by one company of another.  Since the People’s Mass Book, “missalettes,” Worship Hymnal I, II & III, and Glory & Praise until the annual Breaking Bread book, Catholics over time have found better aids in their pews.    Meanwhile, black communities commonly use Lead Me, Guide Me from G.I.A.

Sadly, the Church had to undergo the painful process of becoming aware of the immorality of violating copyrights.  When we first started, we had nothing but mimeographed lyrics with guitar chords, so an injustice needed to be corrected.  When musicians sued their publishers for royalties, the latter in turn went after parishes that failed to acquire licenses to copy sheets of music.

After ordination, I continued music ministry in the parish of my first assignment, but new music began to dominate the Liturgy in the mid-1980s that was written more for wider instrumentation than just guitars, especially for piano.  Besides gorgeous songs, Michael Joncas, David Haas and Marty Haugen provided Mass parts and Responsorial Psalms.  Bob Hurd, nevertheless, has continued to be influential since the beginning. 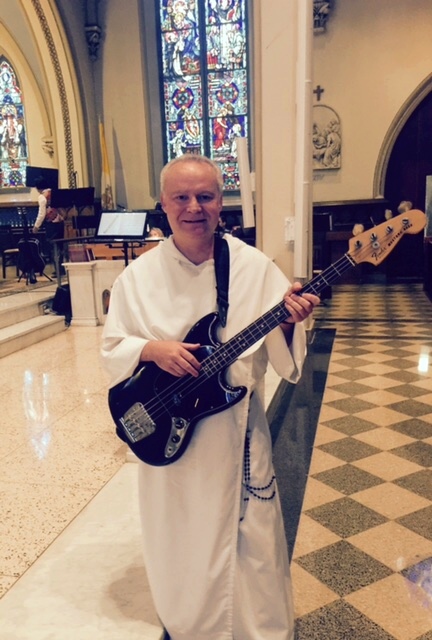 Today, I am most fortunate to be in an “ensemble” at Saint Dominic’s Church in Washington, DC, where I play the electric bass along with superb musicians: a pianist, guitarist and wind-instrumentalist with harmonious voices.  We do everything from chant and traditional hymns to Celtic and Hebrew folk styles.  All the music that we play, nevertheless, is subservient to the celebration of the Liturgy because we are not there for a show.

If there is a sad note to this story, it is the loss of many religious and priestly vocations.  After forty years as a Friar Preacher, it grieves me to learn how many of the pioneers of American Catholic liturgical music left seminaries and sometimes religious vows to get married.  Some had sadly confused the reform of Vatican II with political activism, but were disillusioned to realize that that was not the purpose of the Council.  Others may have found the life of musicians on the road an easy path back to the secular world or perhaps some preferred independence from ecclesial supervision.  I believe that it would have been a happier story if they had persevered in the clerical or religious state.

My concern today is that the young generation seems to have lost its creativity.  Are they no longer open to the inspiration of the Holy Spirit?  Now, they seem to be mainly interested in returning to the Gregorian chant and organ music of the distant past.  Chant has child-like innocence, but it lacks meter, harmony, a set tempo, an introduction or coda, a bridge and other variations, and seldom has even a refrain.  The only variation of time is between short and long notes, so chant is a rather incorporeal form of music.  Old-fashioned hymns have value, but they can be terribly square and repetitive.  Although polyphonic music in the Baroque style is delightfully elaborate, it is only for performance sake, not for the participation of the congregation.  Therefore, I beg the Holy Spirit to inflame the young generation with the zeal to sing a new song to the Lord.