Why Chesterton’s Everlasting Man Has Lasted

My favorite lay Christian writer is G.K. Chesterton, who, in my opinion, outranks C.S. Lewis in part because Lewis never converted to Catholicism! Chesterton was born into the Church of England in 1874 but, after finding it a “pale imitation” of the Christian faith, entered the Roman Catholic Church in 1922.

Rev. Ronald Knox, another 20th century convert from the Anglican Church, gave the eulogy at Chesterton’s 1936 funeral and said, “All this generation has grown up under Chesterton’s influence so completely that we do not even know when we are thinking Chesterton.”

Understandably so, since he is the most-quoted man in the English language after Shakespeare.

How can you not love this great-hearted man — a troubadour of God — whose mind teemed with ideas, insights, and stories, resulting in over 100 books, hundreds of poems, 200 short stories, and plays. Chesterton wrote books on Chaucer, Robert Browning, and Charles Dickens, the latter being considered particularly insightful by many critics.

There is even a serious effort by some of his admirers to press his cause for possible beatification, which is being examined by the Vatican. If Chesterton were ever raised to the altars, he certainly would be the patron saint of cigar smokers and of those with ever-expanding waistlines!

My favorite among his many fine books is The Everlasting Man, an exploration and explanation of the spiritual history of Western culture, which in our times, like his, seems to be spiraling in the wrong direction. In its pages, Chesterton takes on Darwinism, the claim that man is simply the product of evolution, arguing that Christianity provides far better explanation for the genesis and and purpose of human life. Chesterton’s specific target in this book was the popular writer H.G. Wells, whose secularism in The Outline of History (1920) had become very influential.

C.S. Lewis credits The Everlasting Man with “baptizing” his intellect, calling it the “best popular apologetic I know.” Chesterton himself looked to Hillare Belloc and Cardinal Newman as his guides into the Church.

Although some of Chesterton’s many books can be hard to locate, The Everlasting Man, first published in 1925, is unlikely ever to be out of print. In its introduction, the reader meets perhaps the best-known quote drawn from Chesterton’s works:  “The Church is justified, not because her children do not sin, but because they do.”

Chesterton goes on to argue that, “the next best thing to being really inside Christendom is to be really outside it.” Those who mount the soapbox — such as Mr. Wells — to deride Christianity are, in Chesterton’s view, not really outside of it:

“They are on a very debatable ground . . . they are doubtful in their very doubts. Their criticism has taken on a very curious tone, as of a random and illiterate heckling. . . . Now the best relation to our spiritual home is to be near enough to love it. But the next best is to be far enough not to hate it.”

Then Chesterton begins his journey through human history beginning with a a section entitled, “On the Creature Called Man.”  Here he explains what stone-age cave paintings can tell us about the lives, thoughts, and religion of those who painted them, as opposed to what the “professors” imagine they tell us.

“Science is weak about these prehistoric things in a way that has hardly been noticed. . . . An inventor can advance step by step in the construction of an airplane, even if he is only experimenting with sticks and scraps of metal in his own backyard. But he cannot watch the missing link evolving in his own backyard.”

In subsequent chapters, “The Antiquity of Civilization,” “God and Comparative Religion,” “Man and Mythologies,” Chesterton continues to dismantle piece by piece the reductivist view of human existence as promulgated by H.G. Wells who helped to make secular scientism acceptable to a reading public who was unaware of its vapidity. Chesterton recognizes that in every age there are various forms of man’s attempt to grasp and understand the divine, whether in art, philosophy, mysticism, or the occult.

In Part Two, “On the Man Called Christ,” Chesterton identifies the Jesus Christ as the god being sought by those who painted the cave pictures, as well as all those who created other myths, images, and symbols to express their infinite longing for God.  Yet none would become a salvific, redemptive event:

“All the great groups that stood about the Cross represent in one way or another the great historical truth of the time; that the world could not save itself.”

Chesterton’s penetrating mind and great capacity to explain familiar things in a fresh and probing way makes all his books arresting, but his The Everlasting Man is one of his works that has continued to be read widely and win readers who wish to escape — to borrow another of Chesterton’s lines — the tyranny of being a child of one’s age.

Perhaps when you have finished this book and then delved deeper into Chesterton, his life, and writings, you will become more aware of how the Christian civilization of the West has surrendered to practical paganism, precipitating a civilization in decline and heading towards a likely catastrophe.

Watch out, however, Chesterton can become an addiction, but one that will bring you closer to the Lord. Many of his books are available on Kindle for free, as well as from online retailers.

If we are to survive as a Christian culture, we must re-learn and re-appropriate the wisdom of Church, and I recommend G.K. Chesterton as one of the best starting points for anyone’s quest. Would that the statesmen of the Americas and Europe were reading this book as we speak! 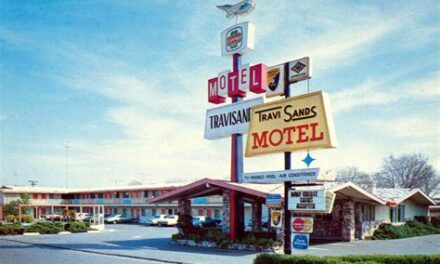 Edna Challenged Me to Cut Out the BS 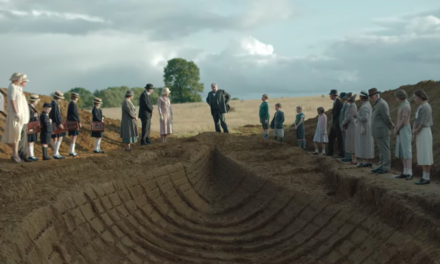