The Compassionate Choice of Auschwitz: How Abortion Has Horribly Disfigured the Democratic Party

During the heated debate in the Alabama state legislature over House Bill 314 that would protect the life of preborn children in the womb, State Rep. John Rogers, a Democrat, made the following statement:

Representative Rogers revealed the moral reasoning of his Party.  Rogers failed to dress up his language to soften the message.  He was blunt and shockingly clear. Rogers revealed how the embrace of radical abortion ideology has intellectually, spiritually, and morally disfigured the Party and its leadership.

“These doctors had not killed anybody until they got to Auschwitz, so they weren’t extraordinary killers to start with. They were ordinary people who in that way were socialized to evil.” (The Nazi Doctors: Medical Killing and the Psychology of Genocide by Robert Jay Lifton)

Dr. Lifton described how the Nazi physicians rationalized their complicity in the torture and murder of millions of innocent men, women, and children.

– Every prisoner in Auschwitz was marked to die. They had no control over that.

– To experiment on their prisoner/patients was to bring some good out of those who were already sentenced to death.

– To select the old and weak for the gas chambers were actually a compassionate choice because it spared them the more painful experience of starvation.

The Nazi doctors reasoned that it was a more compassionate choice to kill the old, weak, unwanted, unloved prisoners now rather than starve them to death later.

State Rep. John Rogers: “You bringing in the world unwanted, unloved, you send them to the electric chair.  So you kill them now or you kill them later.”

Many years after the horrors of Auschwitz, Slate’s Amanda Marcotte defended Planned Parenthood after undercover videos revealed they were trafficking in the sale of aborted baby body parts.

Samantha Allen at The Daily Beast tells us Planned Parenthood doctors sipping wine over lunch as they discuss their grisly trade in aborted baby body parts is no big deal:

“… the transfer of human fetal tissue is not illegal in the United States. Women undergoing abortions sometimes choose to donate fetal tissue for scientific research and abortion providers do not facilitate these donations without their explicit consent.”

Should a Christian Vote for Democratic Candidates?

One of the central mysteries of our Judeo-Christian faith is the conception of a tiny preborn child in the womb of a Jewish teenager over two thousand years ago.

The incarnation of Jesus Christ revealed the sanctity of the womb of women, and of human life.    The eternal God that created the universe, was incarnated in the womb of a humble virgin, in what for Mary was an unplanned pregnancy.

How can we as Christians justify the legal desecration of the womb and the destruction of a developing little girl or boy?

As it was with our first parents who rejected God’s providence, sin morally and spiritually disfigures us.

Corrupted with the pride of the serpent of Eden, Nazi physicians, abortionists, and Democratic Representatives rationalize killing as compassion, and the desecration of the womb, as empowerment and choice.

Until the Democratic Party is exorcised of its radical embrace of pro-abortion ideology, Christian voters have no choice but to reject the party and its candidates. 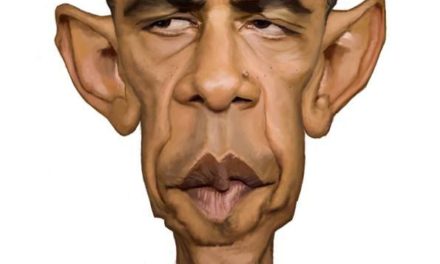