The Arresting Faces of Saints

After looking at a photograph of St. John of Kronstadt (1829-1908), and thinking of other images of saints he had seen, a friend commented to me: “Why are their faces so arresting?”

Without thinking I replied: “They are filled with the Holy Spirit.”

St. John of Kronstadt (1829-1908) was a Russian Orthodox Christian presbyter.

Since the invention of photography in the 1800s, we have been given a glimpse of what saints actually looked like in life.

While paintings and icons can bring us into the presence of the saint depicted, and we can see in these images the same calm, peace, and light of the Holy Spirit that the saint has gained through long years of loving and seeking God, the photograph reveals in a way other images cannot that the saint actually was flesh and blood like the rest of us.

Yet, like paintings and icons, they also reveal how unlike us they are.

St. Silouan the Athonite (1866-1938) was an Eastern Orthodox monk of Russian origin.

The first photograph of a saint that I reflected on was one of St. Silouan the Athonite (1866-1938). In this photograph, the saint, eyes closed, most likely in prayer, looks off into the distance. His face, seen from his left side, slightly tilted upward, reveals a brilliant light.

Another photograph of the saint depicts him looking directly at the camera. He wears a black klobuk and ryasa. Here too, his face is striking, as are his hands.

When I look at these photographs, I am drawn to the calm of St. Silouan’s face. I can sense his inner prayer life, his contemplative spirit, his love of Jesus Christ.

The photograph of St. John of Kronstadt viewed by my friend depicts the saint in a formal setting. Viewed from his right side, his head is slightly tipped upward; he looks off into the distance. His eyes have an intense gaze. His bearing suggests that he stands firm in his faith.

Peace and calm is more evident in another photo of the saint. In this photo, he is viewed from his left side. Again, he looks slightly upward. His head is uncovered, so we see more of the light of his face. He appears more gentle, meek.

Another photo I admire is one of a Western saint, St. Thèrése of Lisieux (1873-1897), the Carmelite nun. She looks so young in this photo. Her face and eyes are bright with light. In this image, she appears filled with childlike love and trust in Christ. Hers is truly a holy face.

What all of these saints have in common is that their faces reveal their sanctity. In their images, we catch a glimpse of the extraordinary light of the Holy Spirit.

St. Seraphim of Sarov (1754 or 59 -1833), who emphasizes that the “true goal of our Christian life is the acquisition of the HOLY SPIRIT OF GOD,” speaks of this light in his conversations with his disciple Nikolai A. Motovilov (1809-1879)*:

“… many people have witnessed how the Lord often demonstrated the action of the grace of the Holy Spirit in those whom He had sanctified and illumined by His great inspirations.”

Among those sanctified and illumined he counts Moses at Mount Sinai and the Transfiguration of Our Lord at Mount Tabor. Hearing this, Motovilov wants to know how he can understand completely how he is in the Spirit of God.

St. Seraphim takes Motovilov by the shoulders and tells him that they are both in the Spirit of God and that he should look at his face. Motovilov says:

“I cannot look … because your eyes are flashing like lightning, and your face has become brighter than the sun! My eyes are hurting from the pain!”

“Don’t be frightened, lover of God! You yourself have now become as bright as I am. You are now in the fullness of the Spirit of God; otherwise you would not be able to see me like this!”

Motovilov eventually looks. In looking, he says he is: “… seized with an even greater sense of reverent awe.”

St. Seraphim of Sarov (1754- 1833) is one of the most renowned Russian monks and mystics in the Eastern Orthodox Church.

I haven’t seen a photograph of St. Seraphim of Sarov, but you see something of this light in an image that was circulated when he was canonized in 1903 and in a family portrait made in 1831. Both can be found in the volume about the saint that is part of the Little Russian Philokalia published by the St. Herman of Alaska Brotherhood.

A similar light can be seen in an image of Motovilov.

In such images of saints, we see in the faces of men and women like ourselves the light and presence of the Holy Spirit, which can fill us with awe and illumine our path to Christ and eternal life. 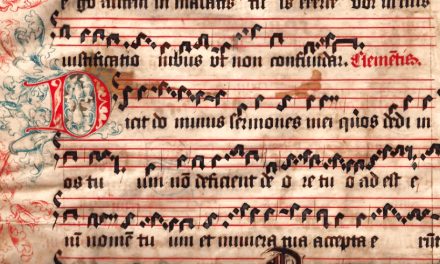