Talking to a “Crazy” Man

About twenty years ago, there was a man in our retreat house who seemed to be suffering from some form of mental illness. Because of that, he was causing some problems with those who trying to have a quiet retreat.

I went to visit with him and to talk a bit and see what his problem might be. He was a nice man, in his early forties, well-groomed and friendly, but he had trouble communicating in a way that made me doubt there was any real connection.

His reactions were a bit left of center, so I could understand how he could have an unsettling affect on those who were staying in our retreat house. His sense of boundaries was weak, and his emotional reactions were immediate, lacking any mental control.

So the psychic waves he was causing were getting stronger as the hours passed. I tried to explain to him how he was unintentionally impacting people around him and asked if he could tone himself down a bit.

He smiled at me, said he understood and volunteered to leave on his own. I asked him if he needed any money or a ride to the bus stop or airport. He did ask me to take him to the Holiday Inn near the airport, but he did not need money. His family was well off and supplied him with enough to live comfortably.

As I was driving him to the Holiday Inn, he began to expound on how the universe works; “the cosmic dance” was the central concept that he employed. I could not follow him where he was trying to take me, but I tried to listen and see what I could learn from him.

One thing I did discover, and being young at the time I was also surprised at how deep and penetrating some of his observations actually were. I could embrace his understanding of a universe without boundaries but found it both interesting and terrifying, even somewhat overwhelming for me at the time.

I also thought that he presented his views in such a way that he seemed “crazy,” and perhaps he was, at least as far as most people would have reacted to what I heard from him.

He was onto something, however, this I could see, but it was also way “out there.” How far “out there” I was not sure, but I felt sorry that there was not some forum at the retreat where he could have been seen, heard, and perhaps understood.

When we arrived at the motel, I helped him carry his luggage to his room. He insisted that we keep the door open while I was there, so I propped a chair to stop it from closing. When I brought up the last bag he put a note into my hand and asked me to please not open it until I got back to my car. So I pocketed it, shook his hand and left. When I got to the car I opened the note. What was written on it were not words but a complex symbol that must have had meaning to him, but I had no way to decipher it.

Perhaps that is why he asked me to wait until I got to the car, since he was used to people not being able to understand his communications and was tired of explaining himself.

As I was driving back to the monastery, I thought about the loneliness he must live with on a regular basis. A man of deep intelligence, yet unable to share with anyone on any deep meaningful level. I knew that I had failed to penetrate the mental prison of his unusual mind.

I wonder what would happen if one day he does meet someone who understands him. Would he become normal? Once understood, this man’s his isolation would not be total. Would he become like the rest of us? There is probably no answer to this, and I am not trying to give one. Yet I often wonder if a “crazy” person is suddenly understood, and knows he is understood, would that bring healing?

Perhaps there is no answer to this very painful question, at least the way things are today in our modern, fragmented culture. This fragmentation has created an often cold, harsh, and uncaring culture that drives these persons even more deeply inward, making any kind of real interaction with other persons almost impossible.

There are many such persons trapped in private universes with no way to bridge the communicate with us ‘normal’ people. But at least we can try when offered the opportunity, as I was.  Who knows?  One day we might actually succeed!

Tigran Mansurian’s Requiem Memorializes the Victims of the Armenian Genocide 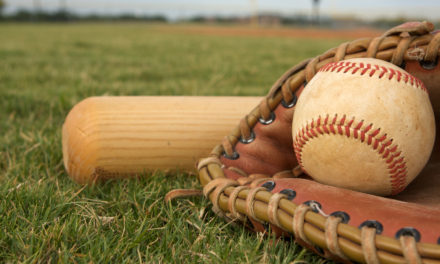