Our Lady’s Miracle on the Mountain

Who is this that approaches like the dawn, as beautiful as the full moon, as pure as the sun…

The third tallest statue in the United States bears the image of the Blessed Mother and stands astride the jagged Rocky Mountain Continental Divide 3,000 feet above the city where I grew up. The massive 90-foot tall, sixty-ton steel statue is called Our Lady of the Rockies, overlooking Butte, Montana.

For being one of the world’s great engineering marvels, she is a gem that is slowly being discovered. Since she was built in 1985, people from all over the world have been traveling to this remote outpost to see her in ever greater numbers. So how did this statue come to be?

As we shall see, Our Lady of the Rockies is a manifestation of Butte’s close-knit community. The magnificent figure of the Blessed Virgin Mary is anchored on the mountaintop just east of the city. She is visible to all for miles around; an icon for Butte’s residents and countless travelers along Interstate 90. This Madonna, and the people who put her there, tell an incredible story of resilience, innovation, and trust in God.

Butte began as a humble silver mining camp until the discovery of rich, subterranean copper veins in 1880 coincided with the advent of electrification and the nation’s veracious appetite for telephone wire and conductors. Overnight, miners and laborers flocked to Butte from all over the globe, including England, Italy, Slovakia, China, and especially Catholic Ireland. Butte’s economy skyrocketed.

As the networks of miles-long tunnels grew beneath ground, the city above flourished, consisting of diverse ethnic neighborhoods, beautiful architecture, and a sophisticated arts scene. What was once a collection of tents around a muddy creek ballooned to a population of 90,000, at one point becoming the largest city between St. Louis and San Francisco. It was easily the world’s top copper producer, and it was said that there more Irishman in Butte than in Ireland.

Butte’s riches were also spiritual. Since a large majority of the miners were from Italy, Germany, and Ireland, Catholicism also thrived. It took faith and determination to pile into a crowded mine-cage and plummet thousands of feet to the dim, hot, dusty tunnels from which were formed with drill bit, blasting cap, and miner grit to extract the ore that illuminated cities and powered progress.

Former resident John W. Blewett described the Catholic atmosphere in his piece Riches Above, Riches Below:

“One of the Masses I loved to serve as a boy was the 5:15 a.m. mass in our parish. The church was filled with miners carrying their breakfast/lunchpails. In some instances their wives and children would be with them at that early hour. For everyone there, the Holy Eucharist was the first and most important nourishment taken that day. When the Mass was ended, and we had finished begging St. Michael for God’s protection, the miners headed for what was called “The Richest Hill on Earth” . . . . Knowing that one of them might not come out of the mine alive, it was comforting to know that they had already offered the prayer, works, joys, and sufferings of the day to Jesus, through the Immaculate Heart of Mary.”

Complete with baptismal picnics, Eucharistic processions, St. Patrick’s Day revelry, and Irish wakes, Catholicism was woven into everyday life in Butte. The city once boasted ten Catholic churches, seven parishes, nine Catholic schools, and was known across the state as a lush fountain for religious vocations.

Sadly the source of Butte’s material prosperity ran dry. As the demand for copper lessened and the mining industry expanded internationally, the mines and Butte’s economy took a terrifying nose-dive. By 1975 nearly all the mines were closed, leaving the community reeling.

With the loss of thousands of mining jobs, the industry which had historically created millionaires and high-paying  labor positions mostly vanished. What was once America’s boomtown had now shrunk to a population below 40,000 souls. Locals feared Butte would become a ghost town.

A long-time electrician in one of Butte’s surface pits, Bob O’Bill, however, had a setback of another kind. In 1979 his wife was seriously ill with cancer and was fighting for her life. A devout Catholic, Bob promised God he would erect a life-sized statue of the Virgin Mary if his wife recovered.

Bob was at work in the pit when he told his mining buddies about his plans to make good on his promise and build a small statue to Mary. The miners–haul drivers, electricians, iron workers, and explosives experts–surprised Bob by saying, “That’s not good enough for your wife’s healing. This statue has to be the tallest in the country and visible for all to see.” Thus began the plan to put Mary on the mountain.

Many scoffed at the proposal. The task was extraordinarily daunting and ridiculously expensive. No one had money, and the town was on the verge of bankruptcy. Yet eventually the notion caught fire among the community, especially among the hardest hit: the miners, engineers, and metal workers. Not one of them were professional artists, promoters, organizers, or public figures. They were God-fearing lunchpail laborers, not unlike Jesus, the carpenter.

In 1980 a volunteer crew began bulldozing a five-mile road up the steep mountain ridges, sometimes advancing only twelve feet a day, often facing treacherous conditions, the elements, and mechanical failures of outdated equipment. After two long years, the extremely dangerous and rough path was completed, while work on the statue continued.

An amazing hero, Leroy Lee, a man with only a grade school education and no design experience, led a team of volunteer welders and steel workers—often working nights and weekends—to assemble Our Lady in a local heavy equipment yard. The initiative involved entire families; while the men bulldozed and welded, the wives and children threw fundraiser potluck dinners and raffles, keeping the project alive with vital funds.

Lee’s ingenious design required construction of three gigantic segments. Each 20-ton segment was airlifted by a heavy-lift National Guard helicopter, maneuvering past jagged peaks and swirling winds. At one point the helicopter was thrown by a gust over the side of the mountain to the horror of onlookers, workers, and news camera operators. Instead of dropping the load, the pilot fought to regain control against all odds. When the aircraft and segment reappeared over Saddleback Ridge that morning, people cried tears of joy.

On December 17, 1985, when the final segment—the strong, reassuring head of our Lady—was lifted into place, the entire town was at a standstill, nervously watching. When they saw their completed project, the town erupted into cheers. Sirens, church bells, and horns could be heard echoing throughout the valley. Six years of hard work had brought a struggling community together. Their dream had become a towering reality, a gift for generations to come, Butte natives and travelers alike.

The fruits have been immeasurable. Though the mines never re-opened to their former capacity, Butte’s economy and spirits vastly improved during construction and the years immediately following: jobs increased, several business started and reopened, while the last brothel (one of the country’s few remaining) finally closed its doors.

Today, Our Lady of the Rockies stands a source of pride for Butte and a beacon for all who travel by on Interstate 90 and for all who see her. During the day she watches diligently over the valley, while at night she is illuminated in votive memory for the city’s deceased. She is a testament to the city’s spirit, a resilient, can-do attitude and unshakeable faith that through her Son all things are possible.

Peter LaFave is a contributing editor to the Christian Review, a graduate of Thomas Aquinas College and lives with his wife in Santa Paula, CA. He can be reached at pjlafave@gmail.com or follow him on Twitter @peterlafave. 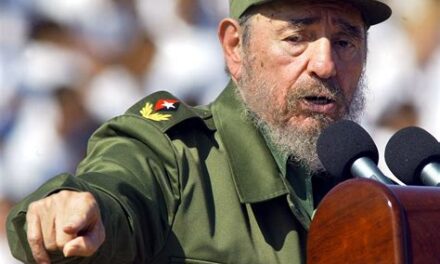