Since my freshman year in college nearly 45 years ago, there have been only a few years when I have not had some form of facial hair. I’ve had mustaches and goatees of varying lengths, well-cropped beards, and full-beards. Of all, I’ve preferred the beard for both the look and the ease of maintenance.

After my ordination as a deacon in July, 2014, I began to let my short beard grow longer. I was encouraged by a Roman Catholic priest friend who let his beard grow and now has a magnificent red beard about four inches below his chin.

From time to time he would tell me that he looked more Byzantine than I did. From time to time I think of reminding him that when we first met he had a goatee and grew a full beard because he liked mine.

No matter. He has encouraged me to grow my beard longer. I have found even greater encouragement at home.
In the room where I write, I’m surrounded by a cloud of witnesses with magnificent beards. These men, depicted by iconographers, are among the saints who matter most to me as a Ukrainian Catholic and as a writer.

St. John the Theologian, author of the Book of Revelation.

They all have magnificent beards:

–St. John the Theologian in contemplation;
–St. Andrew the First Called, whose journeys took him to the hills of present-day Kiev;
–St. Ignatius of Antioch, being devoured by two lions;
–St. Gregory the Theologian, a brilliant writer of theology and poetry;
–St. Ephrem the Syrian, another of our Church’s brilliant poet-theologians;
–St. Onuphrius the hermit, with beard almost to his feet;
–St. Kevin of Glendalough, for whom I am named, with a wavy beard like mine;
–St. Zosimas giving the most precious body and blood of Our Lord to St. Mary of Egypt, true saints for our –age;
–Sts. Cyril and Methodius, the apostles to the Slavs;
–St. Symeon the New Theologian, another brilliant poet-theologian;
–Blessed Vasyl Velychkovsky, Bishop and Martyr, who suffered under the Soviets and was beatified in 2001 by now Pope St. John Paul II.

And in seven different icons that tell various parts of the story of his ministry, the beautiful, gentle, bearded face of Our Lord, his beard a different length in each icon.

I started wearing a beard because I’ve never enjoyed shaving. Now I wear a beard as an act of devotion to Our Lord, in memory of all these saints, and as a reminder that I desire to live as a monk in daily life, an icon of Christ in the world, yet fail to live as fully a Christian life as the great disciples of Christ whose images are depicted in the icons hanging on my walls.

While my beard has grown to about three inches below my chin, I dream of wearing a beard like that of St. Onuphrius, or at least as long as that of St. Ignatius, whose beard falls to his chest in the icon I own, his beard more magnificent than the manes of the lions attacking him.

Saint Onuphrius lived as a hermit in the desert of Upper Egypt in the 4th or 5th centuries.

There have been times when my commitment to the beard has waned, but not for the reasons men usually cite for cutting their beards: My beard doesn’t cause my skin to itch. I am blessed with a wife who doesn’t mind a long beard.

No, my problem has been that from time to time I have worried about what others will think of my beard.

I believe, though, that I am now cured of this vanity, thanks to the words of my pastor, Fr. Mark Shuey, who wears a thick, bushy black beard – although there’s a bit of gray in it now, probably because of deacons like me.

When we were preparing for the visit of our bishop to our mission recently, I wrote to Fr. Mark seeking his thoughts about whether I should trim my beard. I prefaced my question by saying, “Don’t laugh.’

“A beard is no laughing matter,” he wrote back. “The only jewel a man can wear other than his wedding ring is his beard.”

He also put his answer into a Blakean short poem:

Bushy Bright!
Let thy locks descend,
Where none descend.
Grapple with strands at your ankle,
Yet no tripping in your stride.
No trimming in sight,
Bushy Bright!

Thanks to Fr. Mark, I did not trim my beard. And everything turned out fine.

Thanks to Fr. Mark, I have taken a pledge: I will wear my beard bushy bright, no trimming in sight!

The 100 Best Catholic Films for Christmas 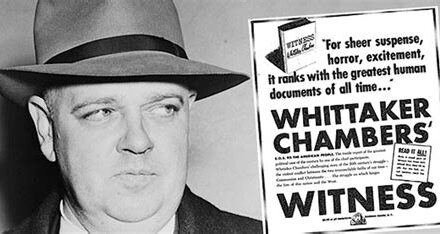 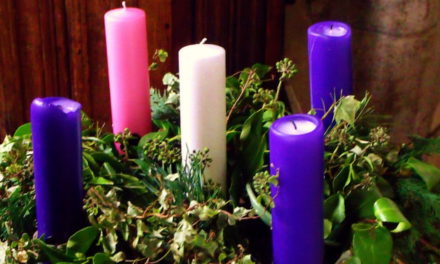