From Mount Tabor to Calvary and the Empty Tomb: The Apostle Peter Offers Hope to Those Suffering Shame and Grief after Abortion

Jesus saw Simon and Andrew the brother of Simon casting a net into the sea, for they were fishermen. And Jesus said to them, ‘Follow me and I will make you fishers of men’.  (Mark 1:16-18)

The late Father Jerome Murphy-O’Connor was a leading authority on biblical archaeology and claims that fishing was big business along the Sea of Galilee. Simon Peter, contrary to common misperception, was likely an educated, successful and shrewd businessman. [1]

Jesus of Nazareth, prior to his public ministry, worked for years with his foster father Joseph in the construction trades and was familiar with the practical needs of managing a business and dealing with the public. [2]

When Jesus called Simon Peter, he saw a successful manager and business leader, with employees and responsibilities. These gifts would prove in time to be essential to Peter’s vocation as foundational leader of the early Christian Community.

However Jesus also saw those areas of Peter’s heart and soul that would require a painful infusion of humility, to soften his pride and allow him to honestly face his weakness, fear and mistrust. This was a necessary and essential journey for Peter if he was to fully embrace his vocation and mission.

Once You Have Turned…

As the Apostles gathered for what would be their final Passover meal together, Peter felt secure surrounded by Jesus and the other apostles.  Jesus turns to Peter and with great love and urgency addressed the leader of the Twelve Apostles:

“Simon, Simon, behold, Satan has demanded permission to sift you like wheat; but I have prayed for you, that your faith may not fail; and you, when once you have turned again, strengthen your brothers.”

Imagine Peter’s shock and humiliation when Jesus announces in front of his fellow apostles that Peter is vulnerable to Satan’s attack and his faith will be sorely tested.   Worse, Jesus seems to suggest (“once you have turned again”) that for a time Peter will lose his faith in the one he boldly proclaimed as the Christ.

We can imagine the injury to Peter’s pride and even hurt feelings that Jesus would see him in such an unflattering light. Peter now makes a bold proclamation to re-establish the integrity of his leadership among the other apostles, and his unquestioned fidelity to Jesus:

…Peter said to Him, “Lord, I am ready to go with you to both prison and to death!”

Peter must have been shocked that Jesus did not resist arrest, and now his once powerful Master was weak, vulnerable and seemingly…powerless. Peter was separated from his fellow apostles.

His beloved leader was no longer eloquently preaching and performing spectacular miracles like raising Lazarus from the dead. Jesus was beaten and abused by the Temple guards and facing the horrible torture and humiliation of Roman scourging and crucifixion.

Peter was shaken by these events. He rightly feared that as the designated leader of the Twelve Apostles that he too could face similar abuse and the suffering of the cross.

Isolated, under great stress, and afraid he denied the One he pledged to sacrifice his life to protect.

Peter had to face his own issues of fear and trust on the Sea of Galilee and at that fateful Passover in Jerusalem during the last hours of his Master’s life.

If you are a man or woman with an abortion in your history (or you have been an accomplice in some way in someone else’s abortion) you may want to avoid experiencing the emotional and spiritual vulnerability that is so essential to healing.  But like Peter, the Lord provides the grace for the journey and He will prevent you from sinking back into shame, sin and denial.

What may surprise and I hope inspire you, is that the men and women emerge from their healing journey – not weak and beaten down – but like Peter, stronger, faith-filled and compassionate disciples of Jesus our Savior.

By stepping out of the illusory safety of denial, keeping your eyes fixed on the Lord, you will become a better father, husband and workmate.

This piece is excerpted from my book, “Tears of the Fisherman.”

[2] The Greek word used in the New Testament for “carpenter” (tekton) seems to indicate more of a “general contractor.”   The term can also be used for civil engineers who build bridges and other structures, which given the region were more likely built with stone.

Endorsement for Tears of the Fisherman:

“Tears of the Fisherman is the best book that I have read thus far on the subject of men and abortion. The reason I can say this is from my own experience with an abortion in 1972 after 39 years of suffering as I struggled to forgive myself. Every single chapter spoke to me as a man with the clear understanding of forgiveness for others and myself.” – 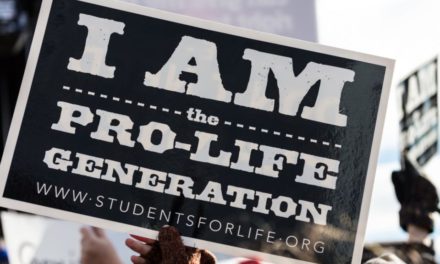 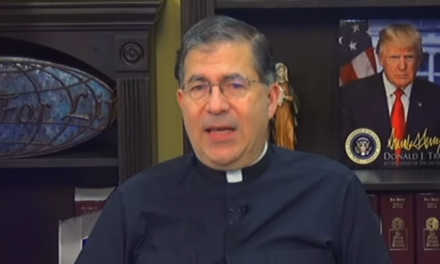