Christmas Gifts: Making a Joyful Noise With Three Singers and a Pianist

The Christmas season is Advent, Nativity, and Incarnation: Can anything be more joyful than that? Actually, yes; Holy Week can, the high point of the liturgical year. But, granting that, I love Christmas, and, I won’t lie, I love presents. I also love recommending presents to others–naturally things I already own and know well enough to enjoy. My choices here are musical; so do yourself a favor and listen up.

First on my list is an outstanding new set of Beethoven’s complete sonatas for piano. The pianist is Jean-Efflam Bavouzet, whom some of you may know from his stellar recordings of Debussy, Ravel, Haydn, and Prokofiev. Lovers of “classical music” are likely to own at least one complete sonatas. I already have Richard Goode’s superb set, and I don’t know that I’d trade it for Bavouzet’s if I were forced to own just one. But, happily, I don’t have to choose.

And the truth is that as thoroughly pleased as I have been with Goode (for twenty years), I find certain sonatas a revelation in Bavouzet’s hands. The first disc provides an example, with Sonatas 1, 2, and 3, Op. 2. Listeners are so familiar with the “great” sonatas (Pathetique, Moonlight, Waldstein, Hammerklavier) that they are often tempted to overlook the earlier work almost as if it were juvenile. It is youthful, but this is Beethoven, and, like most of his work, they’re indispensable. I’d heard them before, but do I kid myself in finding Bavouzet’s renditions sprightlier than others’? I can’t say for sure, but as I listened, I found myself smiling, nodding my head, tapping my toe, and thinking that maybe, just maybe, this was Beethoven, the pupil of Haydn and would-be (but for his death) pupil of Mozart, imitating his masters but also thumbing his nose a bit at the Viennese musical culture of the day. Haydn, I suspect, would have smiled as well, but I can’t prove it. Give Bavouzet a try. You’ll smile too.

Before I move on, I ought to say something about the late sonatas or, actually, the last sonata. What a different Beethoven from the composer of Opus 2: older, deaf for twenty-five years, witness to revolution and counter-revolution. Any man would have changed markedly under similar circumstances, but can anyone believe that a Beethoven who had experienced none of these things would have stayed the same composer? The last sonata (32, Op. 111) is, like the late string quartets, a new world of music. The first time I heard the Arietta was at Sound Warehouse in Dallas around 1980. The sales clerk who placed the platter on the turntable said, “You want to hear the genesis of boogie-woogie?” The pianist was Claudio Arrau, and I’ve never forgotten the hilarity of the moment. Later I bought Alfred Brendel’s complete sonatas, a great collection, only to find he’d reined in his attack to the point that it didn’t really “swing.” Goode swings sufficiently, but not quite the way Arrau did. Bavouzet? Yeah, he swings too.

If $75.00 for Bavouzet (at Amazon, no less) is too steep a price, there are great sets for under $40.00: Arrau, Brendel, Kovacevich, and Kempf. And if you’re willing to ask Santa for an Amazon “Streaming” subscription, you can hear the first three of these and thousands of other selections as part of an exceptional package. Quite a bargain. So Beethovenians, your Christmastime has come.

Beyond the joys of piano, the delights of the soprano are not to be ignored, and I have three to place under the tree, and they are sublime.

The first is Elizabeth Watts, an English soprano of exceptional talent with a voice of unusual depth. One can imagine her a mezzo in her later career; she hits the lower notes with sufficient amplitude and power. But as things stand, she’s doing quite well in the upper registers. Her Schubert disc is very high on my list, but if you prefer classical or baroque, she is equally at home with Scarlatti, Bach, and Mozart. To get a taste of how good (and dramatic) she is, try her on YouTube singing Britten below.

My second choice is Veronique Gens who has been on the scene for quite a few years, beginning, in my listening experience, with William Christie and Les Arts Florissants. I hardly know where to begin with this astonishing talent, but I’ll indicate my judgment with a question: Is there a note that this woman doesn’t hit dead on? She now has three discs of “Tragediennes,” tragic heroines from Baroque opera recorded with Les Talens Lyriques under Christophe Rousset, exciting performances that just might tempt you to explore the complete operas. That said, I urge one and all to check out Gens’ Berlioz’s “Les nuits de été”; she’s done two recordings, the first of which I own, but take your pick. Also, of note is her Mozart “Airs de concert et d’operas.”

Gundula Janowitz, the third soprano you should not miss, is no longer singing, yet in celebration of her eightieth year, Deutsche Grammophon has released “The Gundula Janowitz Edition” of fourteen CDs. If you’re older, you may remember her in recordings and performances with Herbert von Karajan, but even if you don’t, you should give her a try. Her voice has been described as gleaming, silvery, shimmering, and glittering. Not as powerful as some, she always managed to be convincing, especially with Richard Strauss* and Mozart. I’ll add that I find her voice quintessentially feminine; her solos in Orff’s “Carmina Burana” with Eugen Jochum are a case in point. And although Watts is my preferred soloist for Schubert, Janowitz is completely satisfying in the repertoire—and with two discs worth of lieder.

So, kiddies, get your lists in the mail to Santa while there’s still time. Let there be music! And with these selections, unlike “The Nutcracker,” you won’t feel strange listening to them year round. 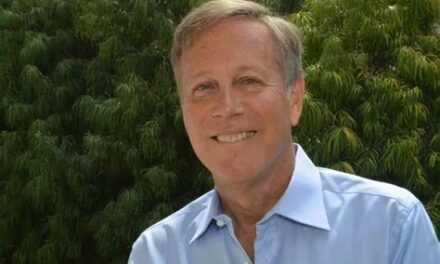