Bulgakov’s Master and Margarita: the Devil Arrives in Moscow

Berlioz, an important Moscow literary editor, is unhappy with the anti-religious poem he has commissioned from Ivan Nikolaevich, a young poet known by his last name, Homeless. The problem, as Berlioz sees it, is that the poem Homeless has written speaks of a true to life Jesus Christ.

Sitting on a park bench, Berlioz is attempting to explain to Homeless that Jesus Christ never existed when a stranger approaches and asks to join them. Once sitting, the man questions Berlioz and Homeless about their convictions, verifying that Berlioz believes Jesus never existed and that both men are atheists.

Pleased by their answers to his questions, the man says to the two literary figures: “Allow me to thank you with all my heart.”

The stranger, a foreigner, confuses twentieth century Berlioz and Homeless with a comment about having breakfast with the eighteenth century philosopher Kant, his story of how Berlioz will die, and his assurance that Jesus Christ did in fact exist.

As proof of Christ’s existence, he offers a story about Pontius Pilate and Jesus Christ and confesses that he was an eye witness to a conversation between Pilate and the Jewish high priest, further confusing the two members of the literati.

Soon after Berlioz is gruesomely killed in an accident, just as the stranger had chronicled, and Homeless is thought to be insane and is committed to a mental hospital. Their fate is similar to several in the novel who come into contact with the stranger or one of the beings of his entourage. The stranger, we soon learn, is Satan.

With works by Gogol, Goethe, and Dante as forerunners, Mikhail Bulgakov’s The Master and Margarita is a brilliant novel about the turmoil the devil causes in Moscow after he takes up residence in the city one spring. It is also a satire about life in Russia under Stalin.

Although written between the years 1928 and 1940, the novel didn’t see publication until the first part was published in the Russian magazine Moskva in November 1966, followed by the publication of the second part in January 1967. Penguin Classics has issued a new edition of the novel, translated by Richard Pevear and Larissa Volokhonsky, to mark the 50th anniversary of the book’s publication.

In depicting the ways of the devil, The Master and Margarita has no peer. Woland the foreign professor of black magic, as he is called here, is far more interesting that Goethe’s Mephistopheles and C.S. Lewis’s Screwtape. Those familiar with “Sympathy for the Devil” by the Rolling Stones will recognize Woland as a primary inspiration for the song’s speaker and how the song captures essential elements of Bulgakov’s character.

The powerful, sophisticated, and at times ragged Woland is served by four primary minions, who carry out his every wish as well as a few wishes of their own – Koroviev/Fagotto, a former choirmaster; Behemoth, a black cat who talks and acts like a man; Azazello, who with Behemoth is the source of much of the nastiness that befalls human beings; and Hella, the naked, red-haired beauty who seems both succubus and vampire.

The antics of the devil and his minions in some ways mirror that of Stalin and his secret police. The vanishing of citizens surely refers to the whisking off to the Gulag of those who ran afoul of the state. Further, the desire for goods and the shortage of living space that created communal living clearly depicts life as it was known for the common Soviet citizen in Moscow. Pevear and Volokhonsky’s excellent notes provide insight on these matters and much more.

No character in the novel is hero in the conventional sense. The Master of the title is the author of a novel about Pontius Pilate, the source of the story that the devil recounts to Berlioz and Homeless. He has landed in the same mental hospital as Homeless. He also is in love with Margarita, who will do anything for him, even agree to serve the devil for his sake.

The Master’s story of Pontius Pilate and Our Lord bears little resemblance to the Gospels, but his novel appeals to Our Lord, Ha-Nozri as Bulgakov calls him here, who gives the Master peace and his companion Margarita, although he does not reward him with Heaven.

Our Lord, as Bulgakov depicts him here, may have some affection for the Master for the words he says Christ preached – “that among human vices he considered cowardice one of the first.” Although he doesn’t say what Christ means by cowardice, it seems to me that the novel suggests that the greatest cowardice of man is his unwillingness to believe in God – Father, Son, and Holy Spirit – and to give himself fully to living his commandments.

While the story it tells is fantastic, The Master and Margarita is a provocative and highly entertaining novel about evil and truth, the ways of the devil and the ways of man, belief and unbelief, God’s power over the devil, and the peril in believing that God and the devil are nothing more than myths. 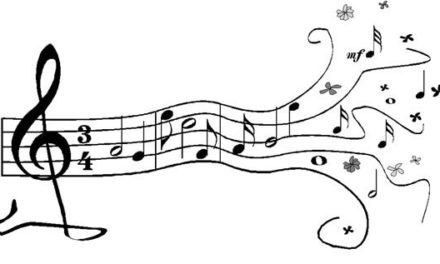