In a statement about the Church’s teaching on marriage in his book An Introduction to Catholic Social Teaching, Rodger Charles, SJ, writes:

“This teaching runs completely counter to our culture, but we must remind ourselves that it has never been the Christian way to look first to what the world says.”

Unlike his Jesuit brother Fr. Charles, with his Post-Synodal Apostolic Exhortation Amoris Laetitia or The Joy of Love , Pope Francis seems to have forsaken the Christian way, to look to what the world says first.

The exhortation is long – 325 paragraphs and 261 pages including the index. And much of it is monotonous.

Too much of the document consists of simplistic advice, sometimes self-help and other times pastoral counseling, like that you might find in a pamphlet published by a governmental agency or from a pop psychologist or sociologist. (See paragraphs 131-141 and Chapter Seven, for example.)

Do we really need a pope to state in an exhortation, as he does in paragraph 266, for example, that some throughout the world have not been trained to say “please,” “thank you,” and “sorry”?

If the document had remained on this simplistic and banal level, or even if he merely reiterated his leftist political positions, as he in fact does here when touching on the environment and economics, the exhortation easily could be ignored and relegated to the trash bin.

Yet while the exhortation doesn’t unequivocally state support for irregular unions and marriages or communion for the divorced and civilly remarried, it does seem to undermine Church teaching on marriage.

On the one hand, what the Church teaches is stated clearly:

“Christian marriage, as a reflection of the union between Christ and his Church, is fully realized in the union between a man and a woman who give themselves to each other in a free, faithful and exclusive love, who belong to each other until death and are open to the transmission of life, and are consecrated by the sacrament, which grants them the grace to become a domestic church and a leaven of new life for society.” (Paragraph 292)

On the other, Francis says prior to this that to consider marriage as a mirror of the Church’s union with Christ places a burden on the faithful and in doing so misrepresents what Pope John Paul II writes in paragraph 9 about conversion in Familiaris Consortio:

“We should not however confuse different levels: there is no need to lay upon two limited persons the tremendous burden of having to reproduce perfectly the union existing between Christ and his Church, for marriage as a sign entails ‘a dynamic process…, one which advances gradually with the progressive integration of the gifts of God.’” (Paragraph 122)

Essentially, traditional marriage for Francis is an ideal, merely an ideal, that most people cannot attain. And while the Church will continue to promote the ideal, because few can attain the Church’s ideal marriage what are thought of as irregular unions and marriages, Francis believes, should in practice be legitimized.

What truly seems to be at issue with this document is the Church’s definition of sin and essentially repentance. In Francis’s opinion, those in irregular unions or marriages can in no way be thought to be in a state of mortal sin:

“For an adequate understanding of the possibility and need of special discernment in certain ‘irregular’ situations, one thing must always be taken into account, lest anyone think that the demands of the Gospel are in any way being compromised. The Church possesses a solid body of reflection concerning mitigating factors and situations. Hence it is can no longer simply be said that all those in any ‘irregular’ situation are living in a state of mortal sin and are deprived of sanctifying grace.” (Paragraph 301, italics added)

While he does not specifically say that the divorced and civilly remarried can receive communion, he at the same time removes sin from the equation. If a person in an irregular situation is not in a state of mortal sin, nothing then would prevent that person from receiving Holy Communion.

He is clear at one point that same-sex marriage cannot be equated with marriage (paragraph 251), but he also seems to establish with this view a path to the legitimization of same-sex unions as well as unions of cohabiting couples. For Francis, some of these relationships can be stepping stones to the acceptance of Church teaching. (Paragraph 294)

As expected, the document leaves much to the process of discernment and the guidance of pastors in this process. But it also leaves much as well to the individual conscience, which seems free to determine whether an act is sinful for not, which seems opposed completely to what Pope Benedict XVI has written of concerning conscience.

Nowhere does Francis speak of the importance of repentance. Instead, only “the following conditions must necessarily be present: humility, discretion and love for the Church and her teaching, in a sincere search for God’s will and a desire to make a more perfect response to it.” (Paragraph 300)

He attempts to suggest that this will not lead to multiple standards, one for each individual:

“When a responsible and tactful person, who does not presume to put his or her own desires ahead of the common good of the Church, meets with a pastor capable of acknowledging the seriousness of the matter before him, there can be no risk that a specific discernment may lead people to think that the Church maintains a double standard.” (Paragraph 300)

But he has already undermined this position with his understanding of conscience. And he further undermines those who believe true mercy results from holding men and women accountable to the traditional teaching of the Church:

“ … a pastor cannot feel that it is enough simply to apply moral laws to those living in ‘irregular’ situations, as if they were stones to throw at people’s lives. This would bespeak the closed heart of one used to hiding behind the Church’s teachings, ‘sitting on the chair of Moses and judging at times with superiority and superficiality difficult cases and wounded families’.” (Paragraph 305)

Others will have to make the assessment about whether Francis has forsaken Church teaching. At the very least, however, it seems to me that Francis clearly is taking his cues from secularists and the world and not from Church tradition, as he painfully attempts to claim.

And I do believe that at the very least he has opened the path to a new understanding of unions and marriage in the Church, and new practices, that cannot be justified either through Scripture or Tradition.

Finally, I feel that we have entered a period of great crisis in the Church, one very similiar to that confronted by St. Athanasius.

I now await the arrival of a champion of the Church, a new Athanasius, who can lead us back to the path.

The Rhythm of the Monastery Stays with Me 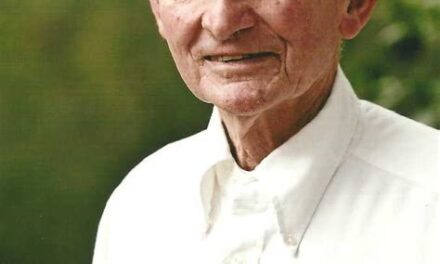 Trump Redux as Thousands Cheer – But Why?