Why do politicians like Tim Kaine think they are Catholic? Why do they go to such lengths to present themselves as devout Catholics when the positions they hold are completely secular? Why do they promote false teachings as potentially authentic teachings of the Catholic Church?

Several answers to these questions come immediately to mind: Self-deception; a lack of self-awareness; a lack of an interior life based on Scripture and Tradition; a failure to know the truth of the faith; poor or no Christian formation; or perhaps a cynical and outright desire to teach lies.

Such a state of mind is a particular disease in the Democratic Party, which has given us a long list of politicians who claim to be Catholic and yet promote and mouth positions on topics such as abortion and same-sex marriage that undermine Catholic teaching – and at the same time undermine our nation’s morality and law.

Two of the most prominent recent examples of such pseudo-Catholics are Joe Biden and Nancy Pelosi. Others are Mario Cuomo, Andrew Cuomo, and Patrick Kennedy.

Tim Kaine, a senator from Virginia and the Democratic Party’s candidate for vice president, added his name to this list recently when he proclaimed that the Catholic Church one day will change its teaching on same-sex marriage.

In supporting same-sex marriage and homosexuality, Kaine distorted Genesis and added to a confusing and controversial remark made about three years ago by Pope Francis – a remark that the pope had to clarify.

Kaine made his remarks as the keynote speaker at the national dinner of the falsely named Human Rights Campaign, an organization based in Washington, D.C., that advocates and lobbies for the homosexual agenda.

As the National Catholic Register reported, Kaine said: “Who am I to challenge God for the beautiful diversity of the human family? I think we’re supposed to celebrate it, not challenge it.”

Kaine’s remarks elicited a statement from his bishop, Bishop Francis Xavier DiLorenzo of Richmond, Va., that the Church’s teaching on marriage as a union of one man and one woman will not change.

I would have liked to have seen the bishop go further – a direct denunciation of Kaine’s position and a call for him to either denounce his views and repent or choose to be excommunicated would have been appropriate – but at least Bishop DiLorenzo presented the truth of the Church’s teaching on marriage in opposition to Kaine’s false teaching.

Let me be blunt. To paraphrase Pope St. John Paul II on other inviolate teachings of the Catholic Church, the Church has no authority to change its teaching on marriage or homosexuality because these teachings come from Jesus Christ, God.

The truth is that homosexuality is not part of God’s “beautiful diversity.” Homosexuality is the result of man’s weakness, his inability in some cases but in many cases his outright rejection of God’s order.

A true Christian can never celebrate homosexuality or same-sex marriage.

Like any other sinner a person with homosexual tendencies is called to seek forgiveness and repent for his sinful life and to no longer commit the sin, even if he continues to have this tendency to sin.

It may take years to stop committing such a deeply ingrained sin, but with God’s grace it will happen. The first step to take, however, is to recognize the sin and to no longer celebrate the sin and the sinful life.

If Kaine actually understood Genesis, he would know that Genesis provides us with the foundation for our understanding of man and woman as complementary partners and so why traditional marriage, and not same-sex or any other type of false marriage, is part of God’s plan.

He also would know that Eve and then Adam’s refusal to accept God’s order, to conform themselves to God’s will, resulted in their expulsion from Paradise and in sin and death and our fallen world.

But Kaine – and most likely the other politicians I mentioned above – would reject these basic catechetical teachings. He would reject them because he is cloaked in the soiled garment of man and not the Lord’s brilliant garment of salvation.

Kaine, like so many other ill-formed and uninformed Catholics, and Christians for that matter, has failed to put on Christ. He is, however, the perfect product of Jesuit formation.

Kaine may think himself Catholic and may present himself as Catholic but he is nothing more than the preacher of a false Gospel, a wolf in sheep’s clothing.

Be assured that any vote for Hillary Clinton, and so for Tim Kaine, is a vote for the agendas of anti-Catholic and -Christian organizations such as the Human Rights Campaign.

It is a vote, therefore, against the Catholic Church and Christianity. And it is a vote against Jesus Christ and God’s law. 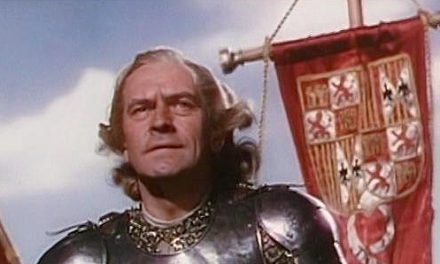 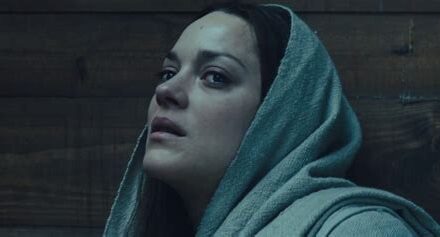 Turmoil in the Catholic Church? The Lord Will Guide and Protect